I have an intermittent issue with our 7810.

Can anyone share photos or scans of a workshop manual showing the hydraulic circuit?

The problem is with the lift arms.

They will function normally, and lift nicely and easily on tick over, or, they won't lift without increasing engine speed to 1500 rpm (approximately).

I think that there is a problem with relief valve somewhere.

It seems like the flow is being dumped back into the axle casing.

Is there a relief valve in the top cover?

I believe there is a relief valve in the pump unit itself.?

I have checked the filter isn't sucking air.

I have checked the gauze filter, in the pump, it is clean.

There are no obvious leaks - and it can work correctly on occasion.

Lift arms don't droop overnight. They will droop with a heavy weight, but no more than I think would be expected.

Thanks in advance for any tips.

I think that there used to be a problem with dual power seals leaking and pressure being lost in the main system .can't remember details as its a while since I've worked on them. Try dual power in high and low to see if it makes a difference

Arable Farmer
The only trouble we've had hydraulic wise is the priority valve failing.
Which pump was replaced, engine mounted or main pump ?
N

I'll look at the dual power to see if that makes a difference.
N

I have tried low/high dual power and no luck. The fault persists.
N

Can anyone suggest a source for the coppery looking swarf/wire below?

This is from the gauze filter in the main pump.

Have changed the filter.

I would guess it's worth changing the oil and filter (again). 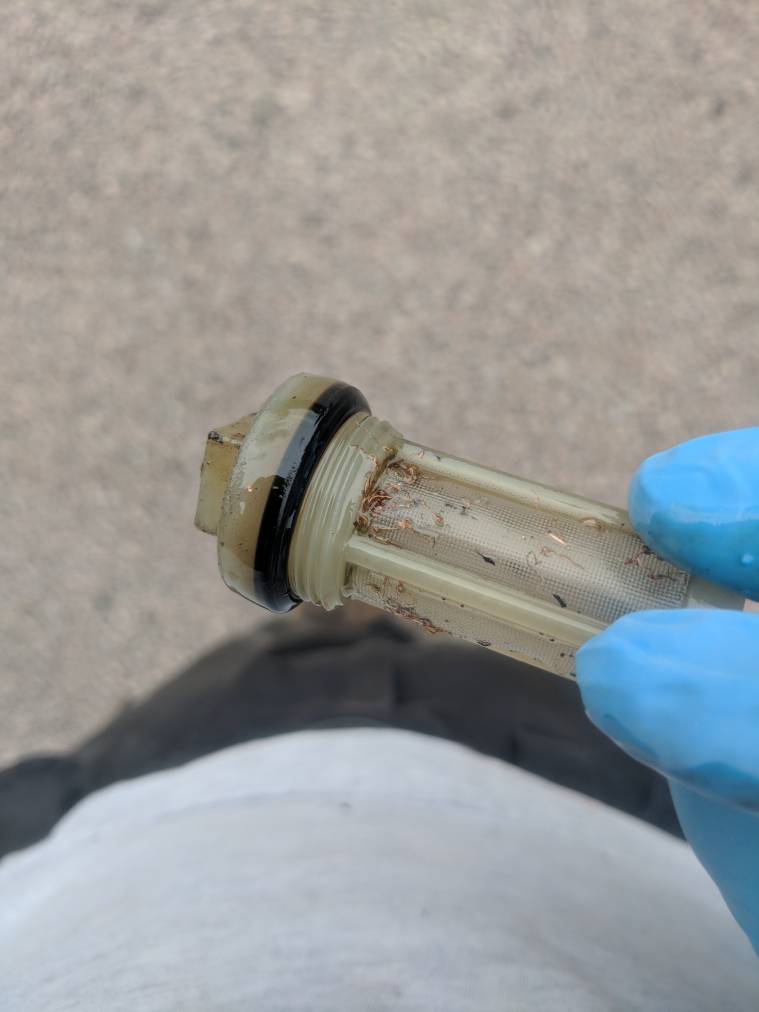 Bearing cage is all I can think of
N

mikep said:
Bearing cage is all I can think of
Click to expand...

I've taken the pump out. The photos below show the inside of the high pressure pump where the gears run. The housing looks worn, so guess a new pump is needed. 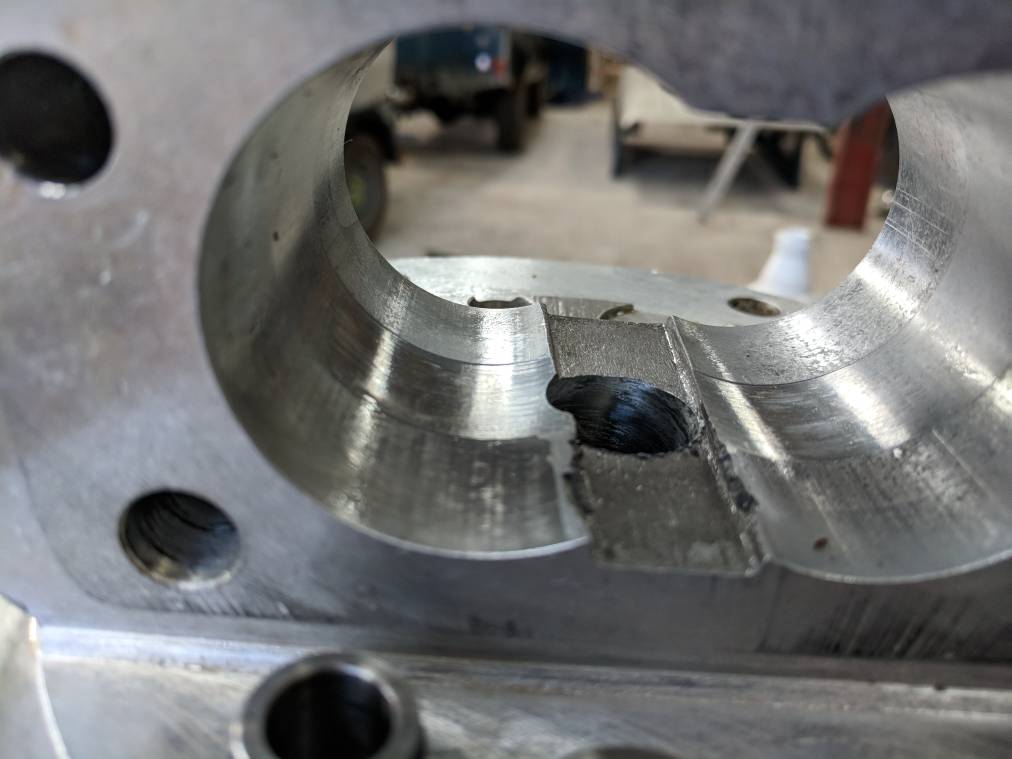 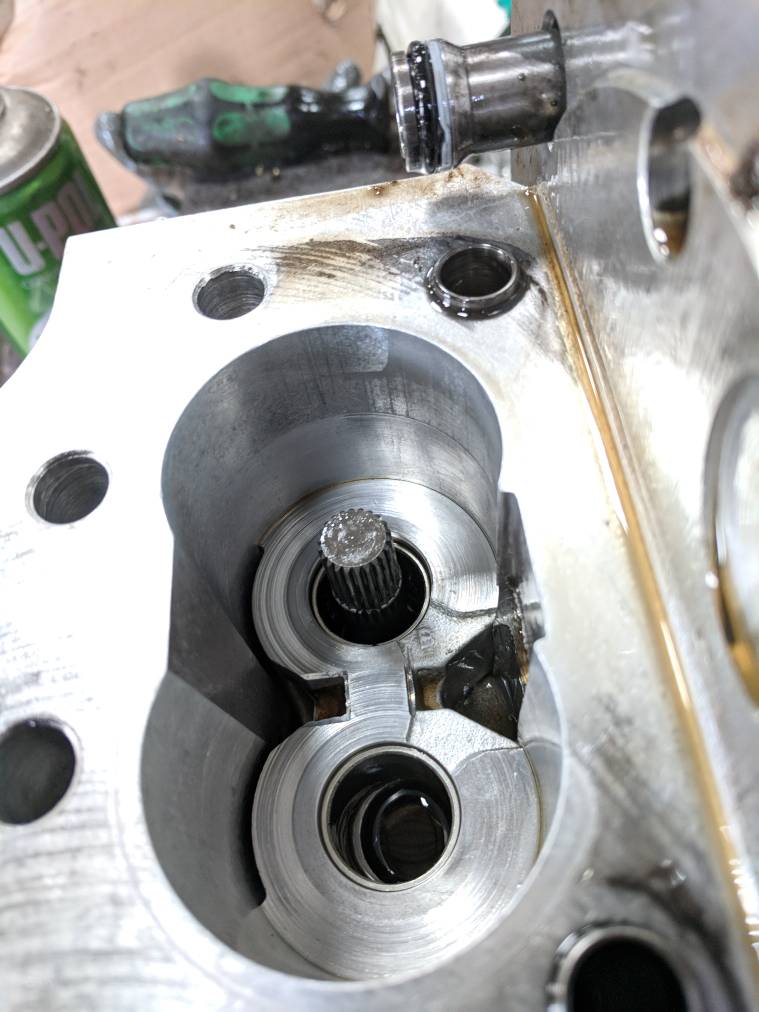 Ring Hydraulic Supermarket, get yourself a new pump (do the engine mounted booster pump too (they supply good British well made pumps very cheap). Bung new filters on and live happy ever after....

Location
Down on the edge of the world

how many hours on that pump?....i see you replaced one earlier
J

The other part is low pressure for PTO, 4wd and dual power.

The engine mounted pump feeds the spools only.

The only relief valve for both pumps is the screw in one in the bottom pump.

Your issue could be internal leakage through the trailer brake valve.
E

yeah whatever you do, don't pressure test the auxiliary pump without a relief valve!
N

The pump was replaced about 15 years ago. I would be surprised if the tractor has done more than 1000 hrs work in that time.

It was stood for a while, we brought it back into work with a big service, doing everything except the transmission oil change, it looked golden, clear and clean.

Last year we ran into a problem where the draft control yoke securing nut (visable on the outside of top cover) became loose. The result was the machine would not lift. We tightened the nut up as best we could, and all seemed well. Shortly after that, these problems developed.

I found a small piece of pump gear wedged in a valve in the trailer brake valve.

I am unsure if the failed pump was caused by poor oil, or something else, e.g. draft control linkage set incorrectly following last summer's loosening event.

It's operated largely by people who know what they are doing, so don't believe operator error would be the cause.

I plan to strip the priority pack down to check for pump debris in there.

I ordered a replacement transmission pump I think whilst I'm on the job I'll do.
the aux pump.

Would love to know why the pump was worn so badly, the white metal bearings in the low pressure side were down to copper. The high pressure side was showing copper just coming through. Which suggests to meet dirty oil?
N

The problem was the brake valve.

It's not part of the fault finding guide, but if you have trouble with a slow lift on a 10 series ford, put a pressure guage on the trailer brake coupling. Mine showed high pressure. There are some o-rings seals in the brake valve that can/will fail. Resulting in pressure being applied to the brake valve, and flow being dumped back into the axle/poor lift.
A