Quite how to define a family farm is something of a moveable feast; we all know what we think it means but actually pinning it down in words can prove to be problematic.

One approach is to ask whether the holding can be staffed from solely within the family unit, in other words, does it need to buy in extra resources in the form of manpower or machinery?

This is where the debate can warm up, yet for one particular family in the south of Co. Cork, self sufficiency has, to a great extent, become the credo by which the farm is run.

The Hurley family farm runs 80 head of sucklers, mainly Limousine and Simmental, with the calves being taken through to around 24-27 months.

There is also a small start being made with a pedigree Angus herd which will be expanded over time. 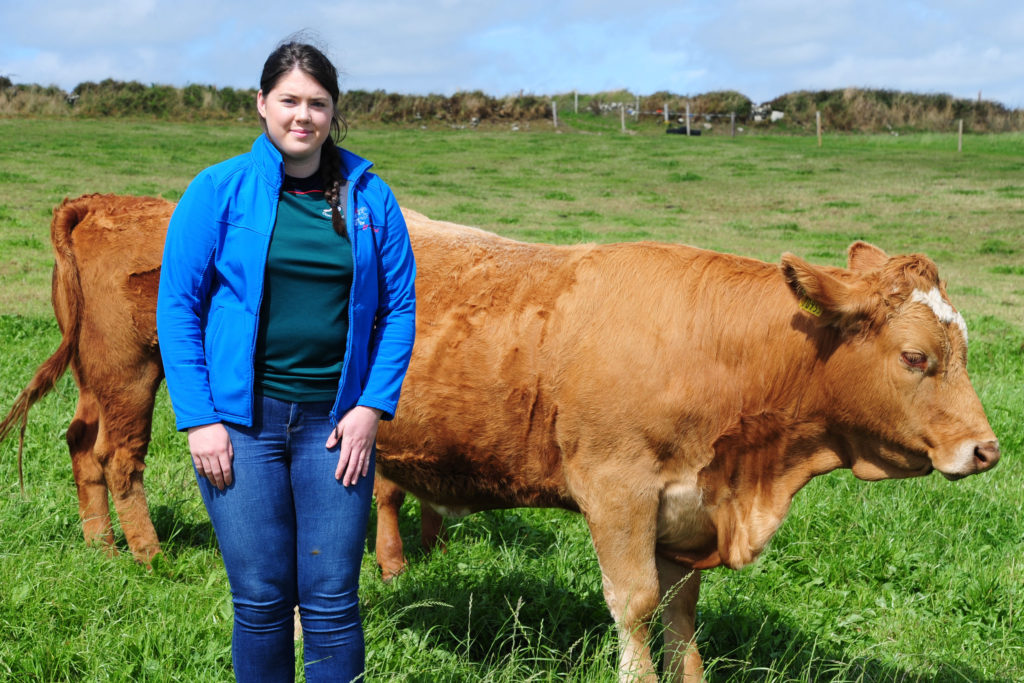 The other pedigree line that the family has adopted is Ford, and more lately, its successor New Holland.

There are a total of six tractors on the farm, all of them of them in Basildon Blue, although the shade is a little faded on the older models, understandably so given that the lineage stretches all the way back to a 1975 Ford 5000. 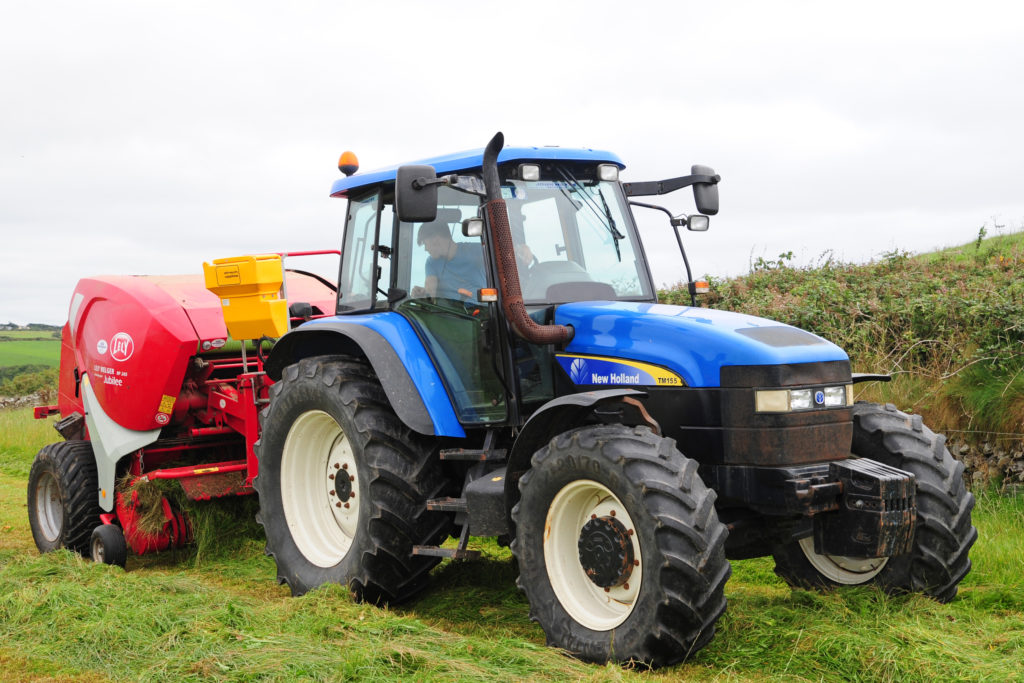 An easy life for the TM155 during the summer

At the later end of the scale comes a New Holland TM155 from 2004. This is the ‘daddy’ of the fleet and is charged with the major task of pulling a Lely Welger 245 fixed chamber baler, purchased in 2012.

It is this machine which lies at the heart of the machinery operation, for it has led to the farm being no longer reliant upon contractors for silage production.

Self sufficiency is key​

There are two good reasons why this route has been chosen. The first is cost. Con Hurley paid his contractor €11,000 for the last season he used him, nine years ago.

Although the farm was totally reliant on the contractor at one time, Con had already taken on some of the work with the purchase of a Tanco E100 Ecowrap bale wrapper the year before.

The regular contractor then retired, so rather than find another, Con decided to take it all in-house and bought the baler, along with a Marangon 285 mower conditioner. 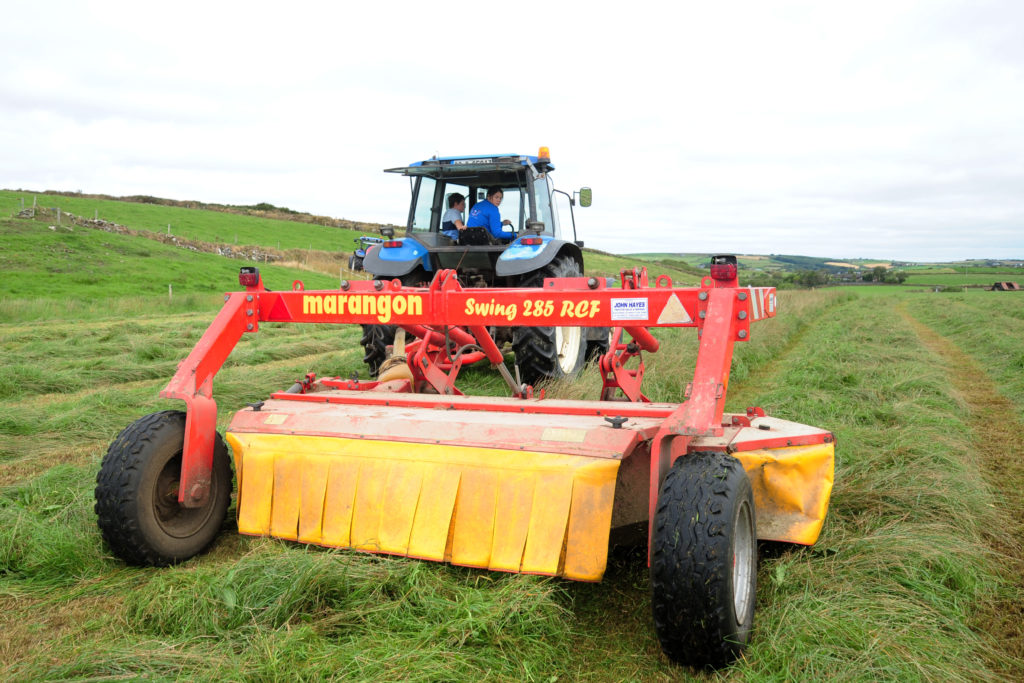 Since then he has undertaken all the silaging himself, more recently helped by his family as they grew old enough to help out with the field tasks.

With the repayments for the new equipment being significantly less than what he was handing over to the contractor each year, it seemed the most sensible way forward.

The second reason for taking on board all the silaging is flexibility. The farm lies right on the edge of the coast, so the weather can be quite catchy at times.

Having the ability to harvest whenever conditions allow is a major benefit of being in total control of the operation.

A problem of size​

It is often argued that working with contractors will tend to ensure that modern and more efficient equipment is likely to be used.

Yet that efficiency is often a product of much larger machinery and size can be a problem on smaller farms.

This issue is not just restricted to narrow lanes and tight gateways, the winds coming in from the Atlantic dictate that the buildings are kept low to prevent the roofs being blown miles inland. 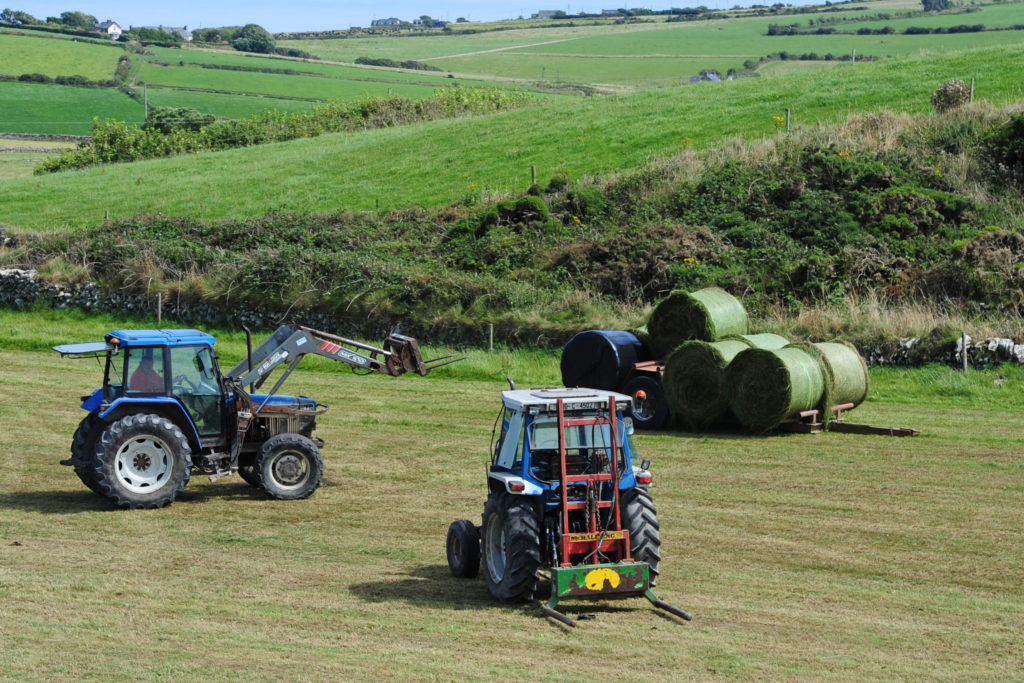 Low buildings will naturally restrict the size of tractor that can be used within them, and the New Holland is already one that has limited use around the yard.

The rest of fleet can still be used in the sheds and Con insists that they are all kept under cover during the winter to preserve them.

It might be said that there are more tractors than strictly necessary on a farm of this size.

There are six in all, yet that does mean that they are used lightly which adds to their longevity, and there is a good deal of spare capacity should one fail. 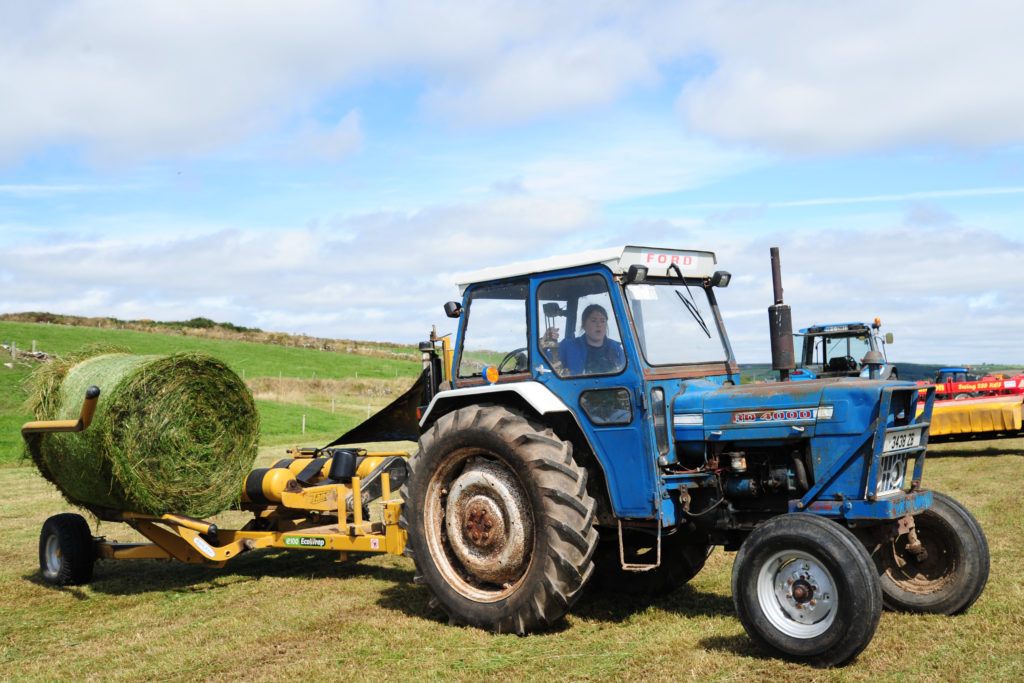 The Ford 4000 copes well with the bale wrapper

Being older tractors, they are all paid for and are relatively cheap to maintain and repair.

This adds greatly to the effective use of farm capital, with no machinery leasing payments to find on a monthly basis.

The smallest tractor is a 1976 Ford 4000; this happily drives the bale wrapper during the summer and is simple to operate with little to go wrong. The bales are usually wrapped in the yard before stacking.

Next up is a Ford 5000 from 1975 which has a variety of roles, especially in the winter where it can work away in the sheds bringing forage to the cattle.

A 1986 Ford 7610 finds itself stacking the bales with a rear mounted forklift, being two wheel drive, its manoeuvrability makes it ideal for the task. 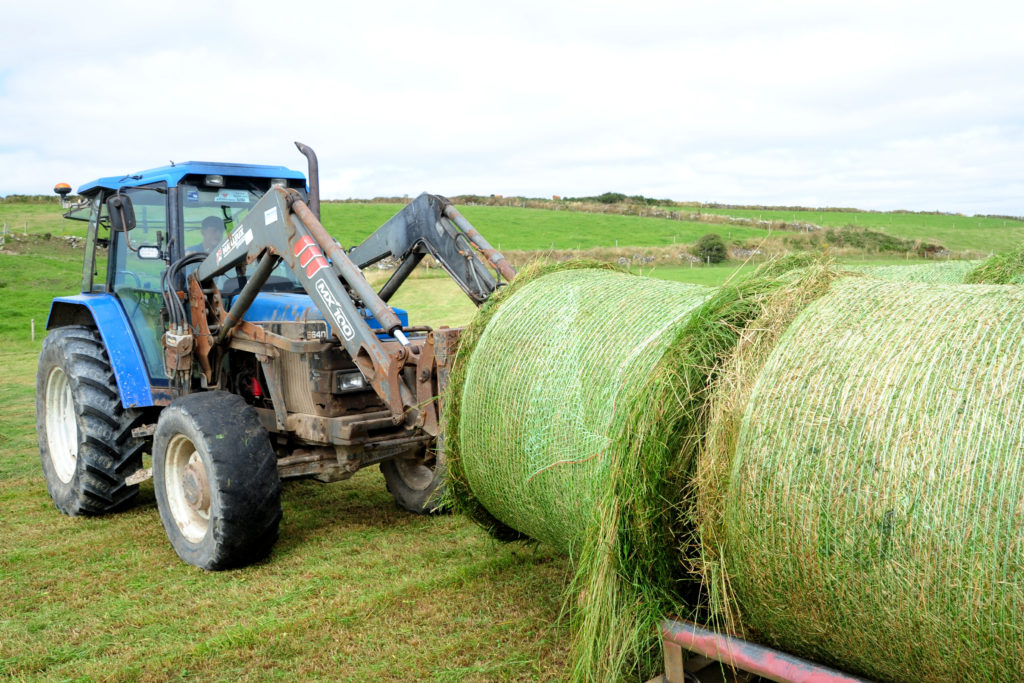 The Ford 6640 rapidly loads the bales in the field

From 1995 a Ford 6640 is used with a front-end loader to stack the bales on the trailer and can be found with a bucket in the winter for feeding and a multitude of other jobs.

The 7740 carries a 1998 plate and at 100hp is ideally suited to the mower. They work well together in the smaller fields, so until a change is forced upon the system that’s how it is likely to stay.

The latest and largest is the 2004 New Holland TM155 and here it is used for baling. Being four-wheel drive and a hefty weight, the baler is no problem on the slopes. It also ploughs the 20ac of fodder beet and barley every year.

Eldest of the four siblings is Aiesha, who is now 19 years of age, and intent on carrying on with the family tradition of stock farming with the emphasis very much on breeding for profitability. 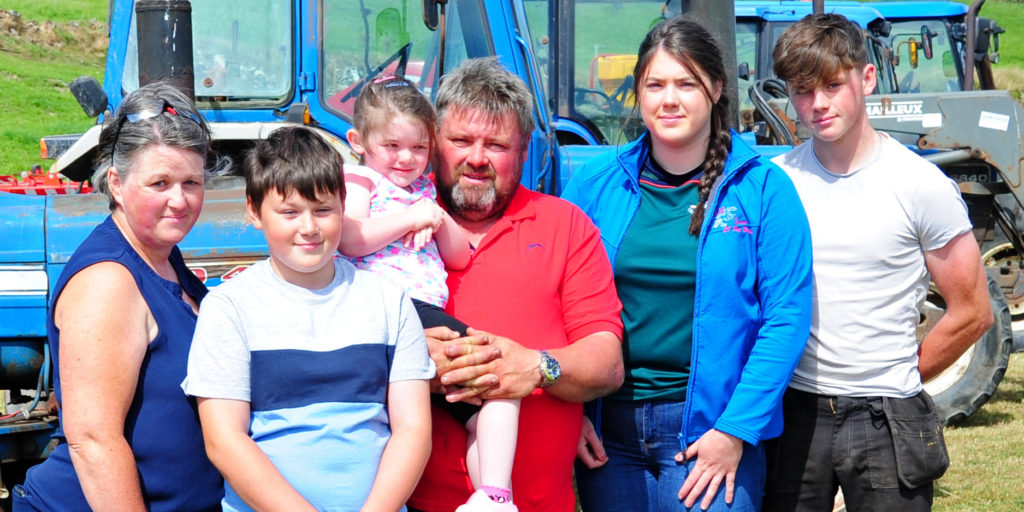 Her two younger brothers, Cian and Liam, are also keen to get involved, with Cian now competent enough to take charge of the TM155 and baler.

The last of the younger generation, Maria, is yet to turn four, but she already has an enthusiasm for the farm and farming.

Suckler herds have not enjoyed the greatest profitability over the past few years so the reduction of costs is essential.

Using a selection of older tractors that cost little more than the diesel and regular servicing is one way of meeting this target.

There is also the unstated fact that the popularity of older Fords has yet to wane, meaning these tractors are probably an appreciating asset, rather than a drain on finances.

Yet, having redundancy built into the fleet is not extended to the implements. The mower and baler are relatively new and should reliability become an issue, then they will be replaced. 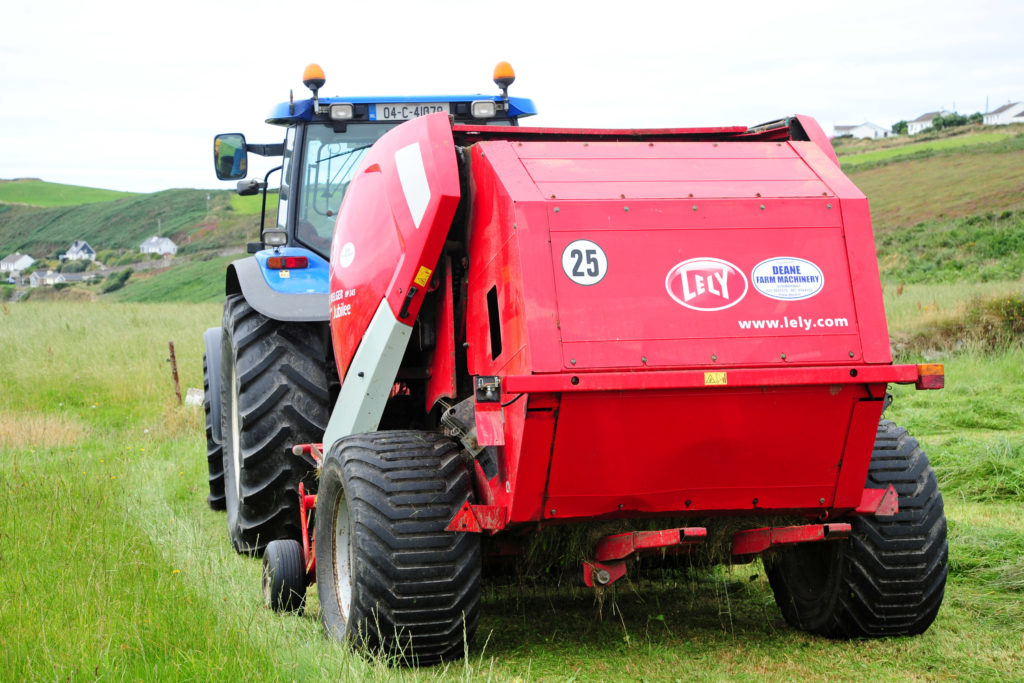 Neither of these two machines show any sign of deterioration. Around 1,500 bales are made annually and only two bearings on the baler pick up have caused any concern so far.

The idea of self sufficiency extends beyond machinery management. There are 10ac each of winter barley and fodder beet grown for winter feeding.

However, a contractor is called upon to help with the sowing and harvesting, although all cultivations are done by the family.

Reducing the reliance upon purchased inputs, while utilising the energy of a younger generation to work the farm, may be considered a rather dated idea, but in this corner of Cork it appears to work very well indeed.