Milk Fever (Hypocalcaemia, Parturient Paresis)
The average annual incidence of milk fever in UK dairy herds is estimated to be approximately 7-8 per cent but individual farms may have a much higher prevalence when calving at pasture. 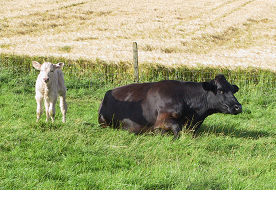 Clinical presentation
Clinical signs usually occur within 24 hours after parturition but can occur at or before calving, and in exceptional situations (often very high yielding cow during oestrus) several weeks/months after calving. The clinical signs progress over a period of 12 to 24 hours. There is teeth grinding and muscle tremors, stiff legs, straight hocks and "paddling" of the feet when standing during the early stages. 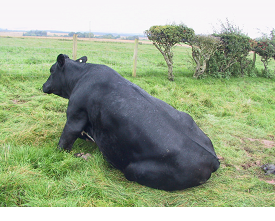 Fig 2: Muscle weakness in a recently calved beef cow with early hypocalcaemia
The clinical signs progress to muscle weakness and the cow lies down with a characteristic kink ("S-bend") in her neck, later the head is held against the chest. Gut stasis causes bloat and constipation. Left untreated, the cow becomes comatose and lies on her side. Ruminal bloat and/or paralysis of respiratory muscles cause death in untreated cattle after 12-24 hours. 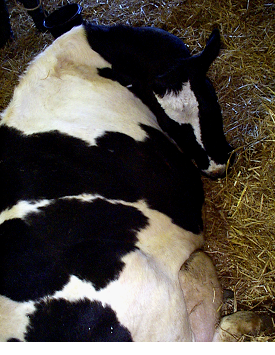 Fig 3: The clinical signs progress to muscle weakness and the cow lies down with the head held against the chest. Click here to view video 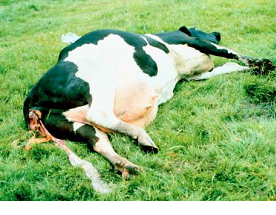 Fig 4: Left untreated, the cow becomes comatose and lies on her side. Ruminal bloat and/or paralysis of respiratory muscles cause death in untreated cattle after 12-24 hours.
Potential complications of hypocalcaemia include uterine inertia (leading to calving problems and/or stillbirth), prolapse of the uterus, inhalation of rumen contents when cast causing pneumonia, and pressure damage to nerves and muscles. 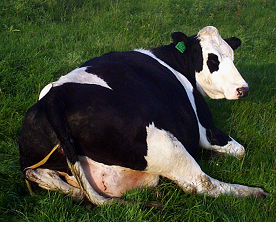 Fig 5: Potential complications of hypocalcaemia include uterine inertia leading to calving problems.
Differential diagnosis
Diagnosis
The diagnosis is based upon the cow's history, clinical signs, and response to intravenous calcium borogluconate solution within minutes. Clinical signs occur when serum calcium levels fall below 1.5mmol/l (normal 2.2-2.6 mmol/l) and are often as low as 0.4 mmol/l in cattle with advanced disease.

Treatment
After careful clinical examination, administer 400ml of 40% calcium borogluconate solution (containing 12g calcium) warmed to body temperature, by slow intravenous injection (over 5-10 minutes) into the jugular vein using a 14 gauge needle and flutter valve with the bottle held 30-40 cm above the infusion site. Some veterinary surgeons also administer solutions containing magnesium and/or phosphorous. Towards the end of intravenous infusion, the cow will typically eructate several times and pass firm faeces, and urinate on standing. The cow should be propped on her brisket and will frequently make attempts to stand 5-10 minutes later. There is no advantage gained by forcing the cow to stand prematurely. 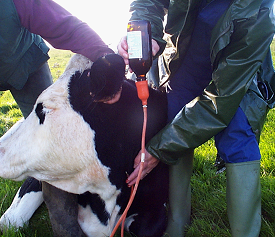 Fig 6: Use a 14 gauge needle and flutter valve with the bottle held 30-40 cm above the infusion site.
Some veterinary surgeons also administer 400ml of 40% calcium borogluconate subcutaneously in an attempt to prevent recurrence which can occur in approximately 25% of cases. The cow should not be milked for 24 hours and the calf removed after feeding colostrum.

Prevention/control measures
Cows should be in condition 2.5-3 at calving. The primary cause of a milk fever problem is usually the high potassium or calcium content of the forage content in the dry period. Thus changing the forage fed to the dry cows may reduce herd problems. Low dietary magnesium may be a factor and provision of magnesium chloride will also lower the dietary cation-anion balance (DCAB) of the diet. Manipulation of the dry cow diet is the most-cost effective method of controlling the incidence of hypocalcaemia. Manipulation of the DCAB should be considered in discussion with the farmer's veterinary surgeon and/or nutritional advisor.

Limit the amount of calcium in the dry cow diet in the 3-4 weeks prior to calving to less than 50g per head per day (ideally less than 30g per day). Magnesium levels in the diet should be above 40g per day. This proves very difficult to achieve in grass-based forage systems.

Cows known to be at risk of milk fever can be given calcium at/just before calving using drenches (150g calcium chloride daily), gels and boluses.

Hypomagnesaemia (Grass Staggers, Grass Tetany)
The average annual incidence of acute hypomagnesaemia in the UK is under 1 per cent. Most cases occur in recently-calved beef cows but disease can also occur in dairy cows particularly if unsupplemented during the dry period. There is a range of clinical signs from sub-clinical disease to sudden death. Acute hypomagnesaemia is one of the few true veterinary emergencies. 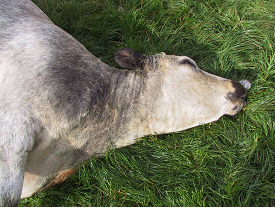 Fig 7: Sudden death due to hypomagnesaemia.
Aetiology
Despite its vital importance, there are no specific control mechanisms for magnesium levels. The amount and concentration of magnesium in the body is dependent upon absorption mainly from the rumen which varies from 10-35%, the requirement for milk production - and excretion by the kidneys. 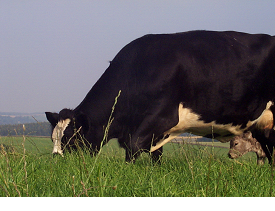 Fig 8: Lush pastures are low in fibre and increase the rate of passage of food material through the rumen reducing time for the absorption.
Clinical presentation
Sudden death without premonitory signs is encountered most commonly in older lactating beef cows 4-8 weeks after calving maintained at pasture without appropriate supplementary feeding. The cow is found dead with disturbed soil around its feet indicating paddling/seizure activity often after stormy weather.

In acute disease there is initial excitability with high head carriage, twitching of muscles (especially around the head) and incoordination ("staggering gait"). Affected cows become separated from the group and have a startled expression, show an exaggerated blink reflex and frequent grinding of the teeth There is rapid progression to periods of seizure activity. During seizure activity there is frenzied paddling of the limbs, sudden eye movements, rapid pounding heart, and teeth grinding with frothy salivation. 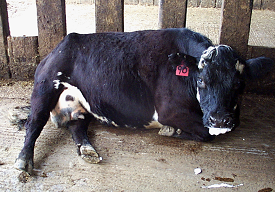 Fig 9: Affected cows become separated from the group and have a startled expression with frequent teeth grinding, an exaggerated blink reflex and frothy salivation. 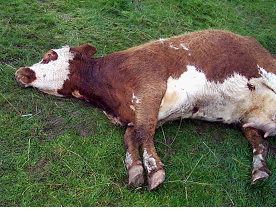 Fig 10: During seizure activity there is frenzied paddling of the limbs, sudden eye movements, and a rapid pounding heart.
Death may follow at any stage. Relapses are common even after apparent correct treatment. The majority of cows in the group may be affected subclinically.

Subclinical/chronic disease often goes unrecognised but investigations have revealed an annual rate of 3-4 per cent in lactating dairy cows. Cows may appear slightly nervous, are reluctant to be milked or herded, and have depressed dry matter intake and poor milk yield. Dairy cows with subclinical hypomagnesaemia in the dry period are predisposed to hypocalcaemia.

Treatment
It is essential to call a veterinary surgeon to administer a sedative drug to control the cow's seizure activity and prevent a fatal convulsion, and to facilitate intravenous treatment. 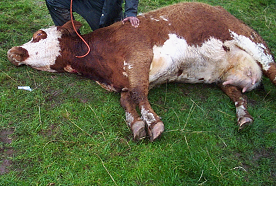 Fig 11: Your veterinary surgeon will likely administer a sedative drug to control the cow's seizure activity and prevent a fatal convulsion which also facilitates intravenous treatment.
Your veterinary surgeon will likely administer 400ml of 40% calcium borogluconate plus 50 mls of 25% magnesium sulphate by slow intravenous injection once seizure activity has been controlled. The remainder of the 400ml bottle of 25% magnesium sulphate is given by subcutaneous injection. The cow should then be raised into sternal recumbency and left quietly. The administration of magnesium sulphate by injection will only increase plasma levels for 6 to 12 hours, therefore it is essential to offer concentrates/hay to ensure adequate dietary intake to prevent relapse.

The remaining cows are very likely to have subclinical hypomagnesaemia, and will be at risk from acute grass staggers. Blood sampling of a group of at least five cows could be performed to check the herd magnesium status but it would be prudent to implement preventive measures immediately.

Prevention/control measures
The total diet should contain 2.5g/kg DM of magnesium to meet requirements of the majority of lactating cows at pasture. The best method is to use 60g magnesium oxide (calcined magnesite) per cow per day in high-magnesium cobs. Magnesium salts are relatively inexpensive and the cost of supplementation 100 cows for two months will be less than the loss on one animal due to hypomagnesaemia. 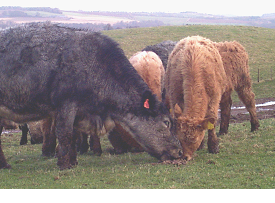 Fig 12: The best method is to use 60g magnesium oxide (calcined magnesite) per cow per day in high-magnesium cobs.
The sole water supply can be medicated with soluble magnesium salts such as chloride, sulphate or acetate. Pastures may be dusted during high-risk periods with finely ground calcined magnesite every 10-14 days. Intra-ruminal boluses give a slow release of relatively small amounts of magnesium into the rumen over a period of four weeks. Magnesium salts and minerals are unpalatable therefore ad-lib minerals are not satisfactory. Supplementation is especially important during stormy weather when roughage, such as straw, can be beneficial for beef cows. 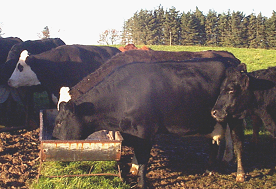 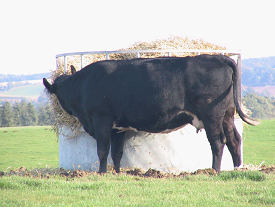