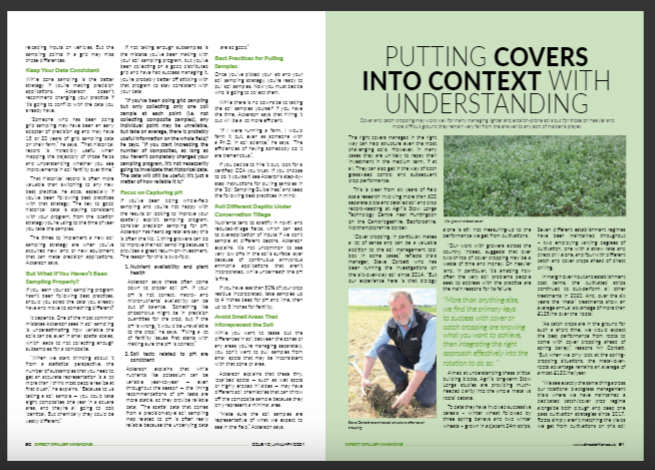 The right covers managed in the right way can help structure even the most challenging soils. However, in many cases they are unlikely to repay their investment in the medium term, if at all. They can also get in the way of both grassweed control and subsequent crop performance. This is clear from six years of field scale research involving more than 600 separate plots and detailed soil and crop record-keeping at Agrii’s Stow Longa Technology Centre near Huntingdon on the Cambridgeshire, Bedfordshire, Northamptonshire border. “Cover cropping, in particular, makes a lot of sense and can be a valuable addition to the soil management tool box in some cases,” reflects trials manager, Steve Corbett who has been running the investigations on the silt-over-clay soil since 2014. “But our experience here is that biology alone is still not measuring-up to the performance we get from cultivations. “Our work with growers across the country, indeed, suggests that over two-thirds of cover cropping may be a waste of time and money. On heavier land, in particular, it’s amazing how often the very soil problems people seek to address with the practice are the main reasons for its failure.

“More than anything else, we find the primary keys to success with cover or catch cropping are knowing what you want to achieve, then integrating the right approach effectively into the rotation to do so. “ 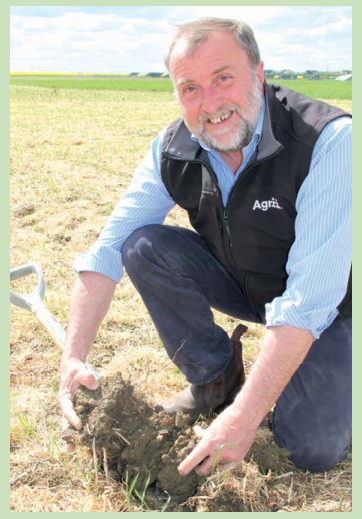 Aimed at understanding these critical building blocks, Agrii’s long-term Stow Longa studies are providing much-needed clarity into the whole ‘metal vs roots’ debate. To date they have involved successive cereals – winter wheat followed by three spring barleys and two winter wheats – grown in adjacent 24m strips. Seven different establishment regimes have been maintained throughout – two employing varying degrees of cultivation, one with a straw rake and direct drill alone, and four with different catch and cover crops ahead of direct drilling. In margin over input and establishment cost terms, the cultivated strips continued to out-perform all other treatments in 2020. And, over the six years the ‘metal’ treatments show an average annual advantage of more than £125/ha over the ‘roots’. “As catch crops are in the ground for such a short time, we would expect the best performance from roots to come with cover cropping ahead of spring barley,” reasons Mr Corbett. “But when we only look at the springcropping situations, the metal-overroots advantage remains an average of almost £120/ha/year.

“We see exactly the same thing across our rotational blackgrass management trials where we have maintained a dedicated catch/cover crop regime alongside both plough and deep one pass cultivation strategies since 2017. Roots simply aren’t matching the yields we get from cultivations on this soil type. The extra seed and sowing costs involved mean annual margins are well adrift. And blackgrass control is sadly lacking in many cases.” Despite the discouraging immediate economics, detailed soil investigations at Stow Longa are suggesting longer term benefits from catch and cover cropping that may be worth paying for.

The most recent broad spectrum soil analyses, for instance, show organic matter levels of up to 4.4% under some of the ‘root-only’ regimes against an average of 3.8% for the cultivated strips. Solvita testing also reveals noticeably higher microbial biomass levels, potentially mineralizable N contents and soil assessment scores here too. What’s more, advanced DNA sequencing at the Centre for Ecology and Hydrology (CEH) highlights clear differences in microbial communities between the areas, with several years of cover cropping associated with higher populations of potentially beneficial indicator micro-organisms and lower populations of potentially harmful ones than cultivations. “It’s early days yet in our detailed investigations,” Mr Corbett insists. “However, both they and the obvious improvements in soil condition we have seen with the best covers are certainly encouraging.

The CEH findings also underline the complex interactions that need to be understood if we are to best balance economics, grassweed control, soil structural improvement and carbon capture, to name but a few priorities.” “Perhaps the most important practical lesson to come out of our studies here, on iFarms and with commercial growers across the country is that we have to see catch and cover cropping as parts of integrated soil management rather than means in themselves,” insists Agrii regional technical adviser, David Felce who works closely with Steve Corbett. “Well-rooted covers will help hold a good soil structure over winter, increasing its resilience and supporting quality spring seedbed creation. On heavy land at least, though, we cannot expect them to correct soil structural failures. This means we have to get the fundamentals of drainage right in the first place.

Nor must we be afraid of continuing to use metal strategically wherever it’s needed. Our challenge is to make sure roots and metal work together in soil management. “Just like any small-seeded crop, setting the soil-up correctly ahead of a cover and putting it in with the best seed/soil/moisture contact is crucial for the effective establishment without which it cannot do any sort of job. It should also be seen as the first step in enabling the following cash crop to be drilled into a decent seedbed with minimum soil movement to preserve soil moisture and limit grassweed germination. “Whether short or longer term, covers need to be carefully planned into the rotation,” he warns. 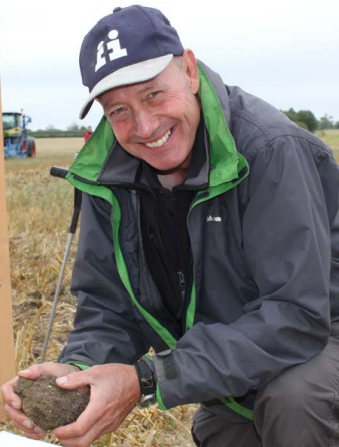 “On most heavy ground an August-sown catch crop simply doesn’t have enough thermal time to do much, if any, good ahead of wheat sown in October. A summer cover on uncropped land or a catch crop after July-harvested forage rye, though, is a different story. “Over-wintered covers ahead of spring crops clearly offer the greatest value. But even these need to be chosen carefully both for the job we want them to do and where they are in the rotation. “If drying the soil and improving its friability near the surface are the main priorities we find phacelia or mustard are some of the best bets, while for soil conditioning to a greater depth black oats or vetches are likely to be much better. 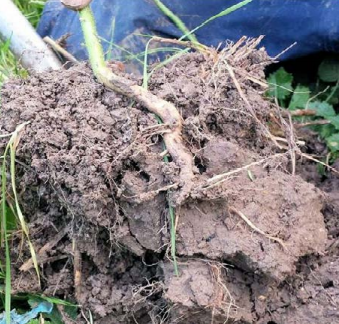 “Rotational care is equally important to avoid covers providing a green bridge for aphids, slugs, flea beetles or an array of diseases,” Mr Felce adds. “And in our experience, they need to be destroyed six weeks ahead of sowing to avoid compromising the performance of the next crop. Compared to this, drilling spring barley ‘on the green’ in our rotational trials at Stow Longa last season cost us an average of 0.5t/ha.”

So what approach do Steve Corbett and David Felce suggest with catch and cover cropping, in general, and on heavy or difficult ground, in particular? Caution is their clear watchword; and they are adamant that everyone needs to set out with clear – and achievable – objectives, then plan and manage their covers to achieve it. They warn against spreading resources too thinly across too large an area at the outset. Instead, they recommend focusing sufficient resource on a limited area of ground most likely to benefit initially; only moving ahead more widely on the basis of experience. 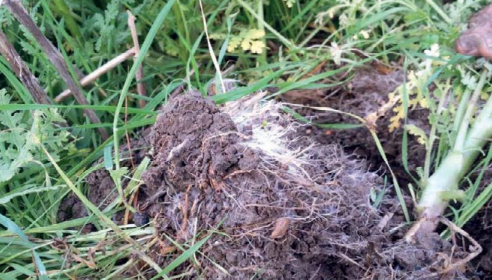 Above all, they stress that soil improvement with biology can never be a quick fix so the rewards will only come with time. “In their place, we see cover crops having the potential to play a valuable part in soil improvement efforts,” Mr Corbett concludes. “But we still don’t understand enough about the complexities of the biology involved to be sure exactly where this place is in many cases. “We do know that what’s right for one situation may be completely wrong for another. The greater understanding of the essential cover and catch cropping building blocks we are achieving with our long-term work is essential if we are to put them together in the right way for the most consistent value. 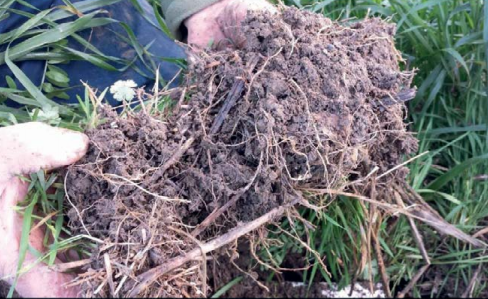 “The financial penalties we continue to see at Stow Longa mean the immediate cost of replacing metal with roots as a key establishment tool across a large part of the country’s arable area is likely to be too great for many unless they can be sure of substantial long-term soil sustainability benefits.”
Click to expand... 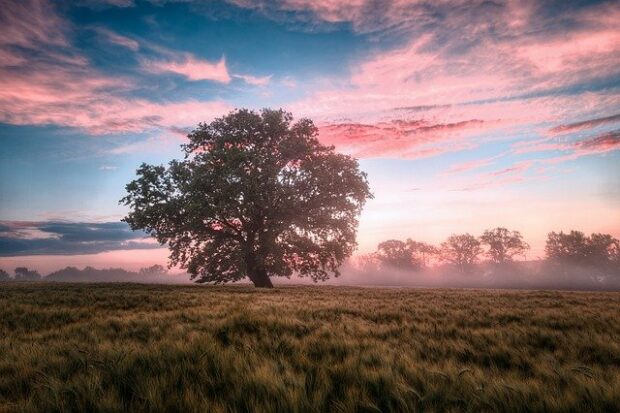