Visitors to Balmoral Show next week will have the chance to win a roan heifer as part of a charity raffle to raise funds for the Northern Ireland Air Ambulance.

The heifer called ‘Hope’ is a Limousin X weighing in at around 570kg. Hope has been bred by Jalex Livestock, one of the region’s top pedigree and commercial sheep and cattle breeders.

The winner will be announced at a live draw to take place at Jalex farm, Randalstown, on October 30, 2021.

The raffle will be run by Air Ambulance NI Agribusiness group, a group of agri-business stakeholders whose aim is to promote the work of the Air Ambulance NI charity and encourage support within the agricultural sector.

Air Ambulance NI needs to raise £2 million every year to maintain this service so public donations are crucial.

The charity has partnered with Culchie Comps, an online competitions company, who are managing all competition entries. 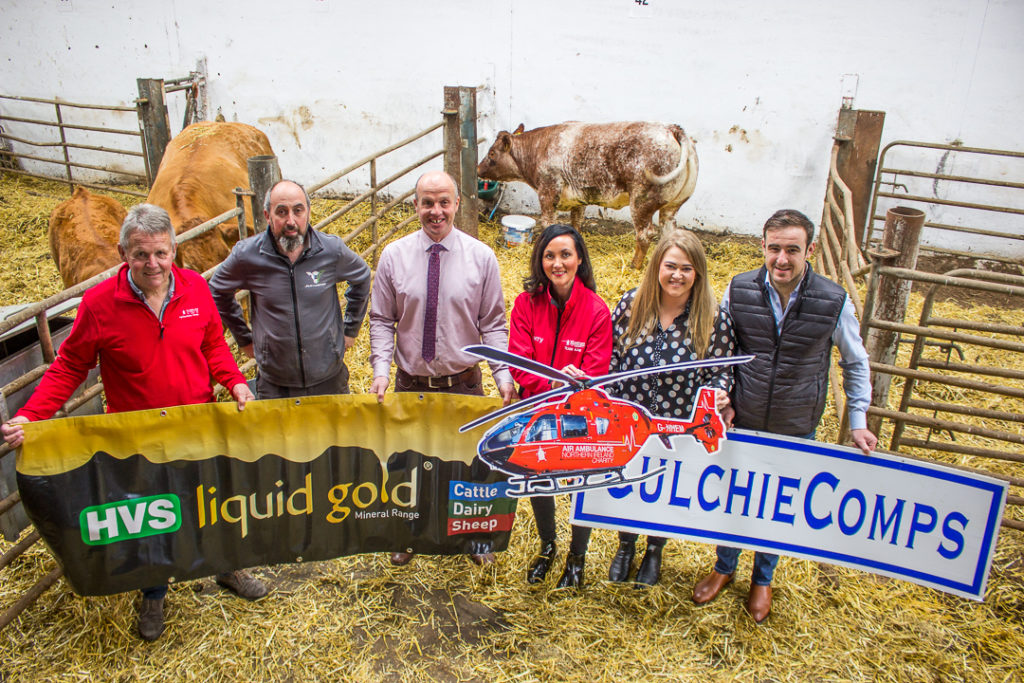 Libby Clarke, who has championed the competition on behalf of Air Ambulance NI’s Agribusiness group, said: “The brand name Jalex has become synonymous with quality so we know this will be an attractive prize for the farming community and the air ambulance charity is a cause that people want and need to support given the service is called upon for farming or agricultural incidents on average once every week.

“We have named this beautiful animal ‘Hope’ which is fitting in so many ways: It follows on from our agribusiness group’s ‘Auction of Hope’ held in April of this year and this fundraiser gives ‘hope’ to future patients.
Click to expand...

“With entries at just £10 each or six for £50 we ‘hope’, excuse the pun, people will dig deep to be in with a chance and keep the helicopter flying.”

How to enter the raffle​

Net proceeds from the sale of each ticket will be donated to Air Ambulance NI, the charity that works in partnership with the Northern Ireland Ambulance Service, to provide the Helicopter Emergency Medical Service (HEMS) for Northern Ireland.

Clarke continued: “We’ve been delighted to have received support from Jalex Livestock, Culchie Comps and HVS Liquid Gold by way of sponsorship, meaning that we have a golden opportunity to raise substantial funds for this vital service. Thanks also to Alfie Shaw, Agriimages, for his super photos of Hope.”

Niall Turley from Culchie Comps said: “We are delighted to be doing our bit for Air Ambulance NI and looking forward to four days of entries at Balmoral Show next week.

“It’s a great opportunity for people to see the animal that they have a chance of winning.”

Make sure you pop by and see the heifer in the Logan Hall at Balmoral Show from Wednesday, September 22 to Saturday, September 25, 2021. Entries can also be purchased here online.