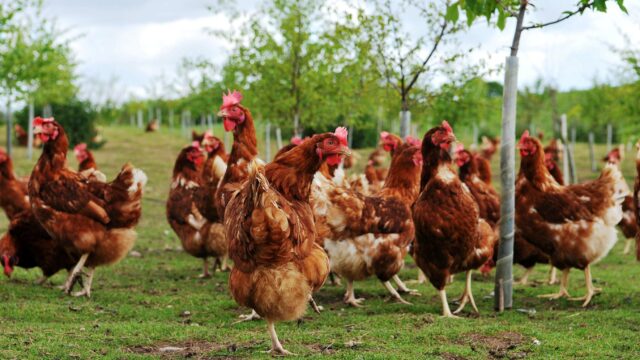 A new case of avian influenza (bird flu) has been proclaimed, in commercial poultry at a premises near Lowdham, Newark and Sherwood, Nottinghamshire.

Highly pathogenic avian influenza (HPAI) H5N1 was confirmed there on Saturday (May 7), the Department for Environment, Food and Rural Affairs (Defra) and Animal and Plant Health Association (APHA) have said.

As per protocol, a 3km Protection Zone and 10km Surveillance Zone have been put in place around the premises.

Nottinghamshire County Council’s Trading Standards officers will be visiting properties in the 3km Protection Zone to identify any households keeping any type of captive bird or poultry and advise them of the new restrictions.

“The news of this confirmed case of avian flu in Nottinghamshire is upsetting and will obviously be of concern to residents and visitors to the area,” said Cllr. John Cottee, chairman of Nottinghamshire County Council’s Communities Committee.

“However, the risk of the disease transferring from birds to humans is considered to be very low,” he continued.

“That said, it is important that local bird owners know about the restrictions and follow the rules that are in place within the protection and surveillance zones.
Click to expand...

“I also want to remind people not to touch or move any sick or dead birds that they find and for dog owners to keep their pets away from them.”

Prior to this, a new case had not been proclaimed for almost two weeks; HPAI H5N1 was confirmed on April 22, in poultry at a premises near Ilkeston, Erewash in Derbyshire

In between the announcement of these two cases, on May 2, the mandatory housing measures that were introduced across the UK to help stop the spread of bird flu, were lifted.

However, the UK’s four chief veterinary officers reminded keepers at the time to maintain housing measures as the threat – as this latest case shows – is still present.

“It’s vital that bird keepers remain vigilant for signs of disease and maintain stringent standards of biosecurity,” they said in a joint statement at the time.