Following a five-point plan could help get the best out of soil-acting blackgrass herbicides, according to the latest advice from ProCam. Charlotte Cunningham reports. With residual, soil-acting herbicides often now representing a quarter to a half of the annual crop protection investment made in winter wheat in blackgrass situations, getting the best out of them is paramount, according to ProCam agronomist, Mark Anstee. In response, he has developed a five-point plan, which he believes could also potentially help against increasingly problematical ryegrass. Begin with a fine, firm seedbed Creating an even soil surface with a fine crumb structure leaves fewer inaccessible ‘hiding places’ where blackgrass can germinate from and where herbicide sprays can’t reach, says Mark. By contrast, clods shield the soil surface beneath them from sprays, and can fracture open later, releasing blackgrass seed to germinate from their centres, he warns. “You’re better off establishing 150ac well, so you get good kill of blackgrass, than 200ac poorly where blackgrass can flourish. “Prior to planting, aim to kill off two flushes of blackgrass in stale seedbeds, cultivating lightly and rolling after spraying off the first flush to stimulate the next one to come through.” Apply residual herbicides at the right…
The post Five-point plan helps get best out of soil-acting blackgrass herbicides appeared first on cpm magazine.

If you are enjoying what you read then why not considering subscribing: 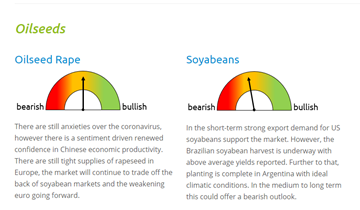