I am currently bathing in post-harvest bliss. I haven’t actually been through our results in detail yet but I am aware of the general highs and lows. With twelve months of observation of what has looked good and what could have looked better, I am hatching a plan for harvest 2022. September is my favourite month of the year; I get to have another go. The slate has been wiped and I have a new piece of white chalk.

So, the last twelve months?

Harvest 2021 gave us our first crop of oilseed rape on the farm since we converted our last piece of land to organic in 2007, and apart from annoying a group of organic oilseed rape growing Scottish farmers, claiming that I had grown the first crop of organic rape in the UK ever, it went far better than expected. Not so for my pioneering claim which suffered national protestation on social media, forcing me to limit my assertion to, “I have grown the first ever crop of organic oilseed rape in the village of Shimpling, Suffolk”. I felt it best to name the county as there is a Shimpling in Norfolk where the residents share a single eyebrow and everyone is terribly closely related and you really don’t want to pee them off. 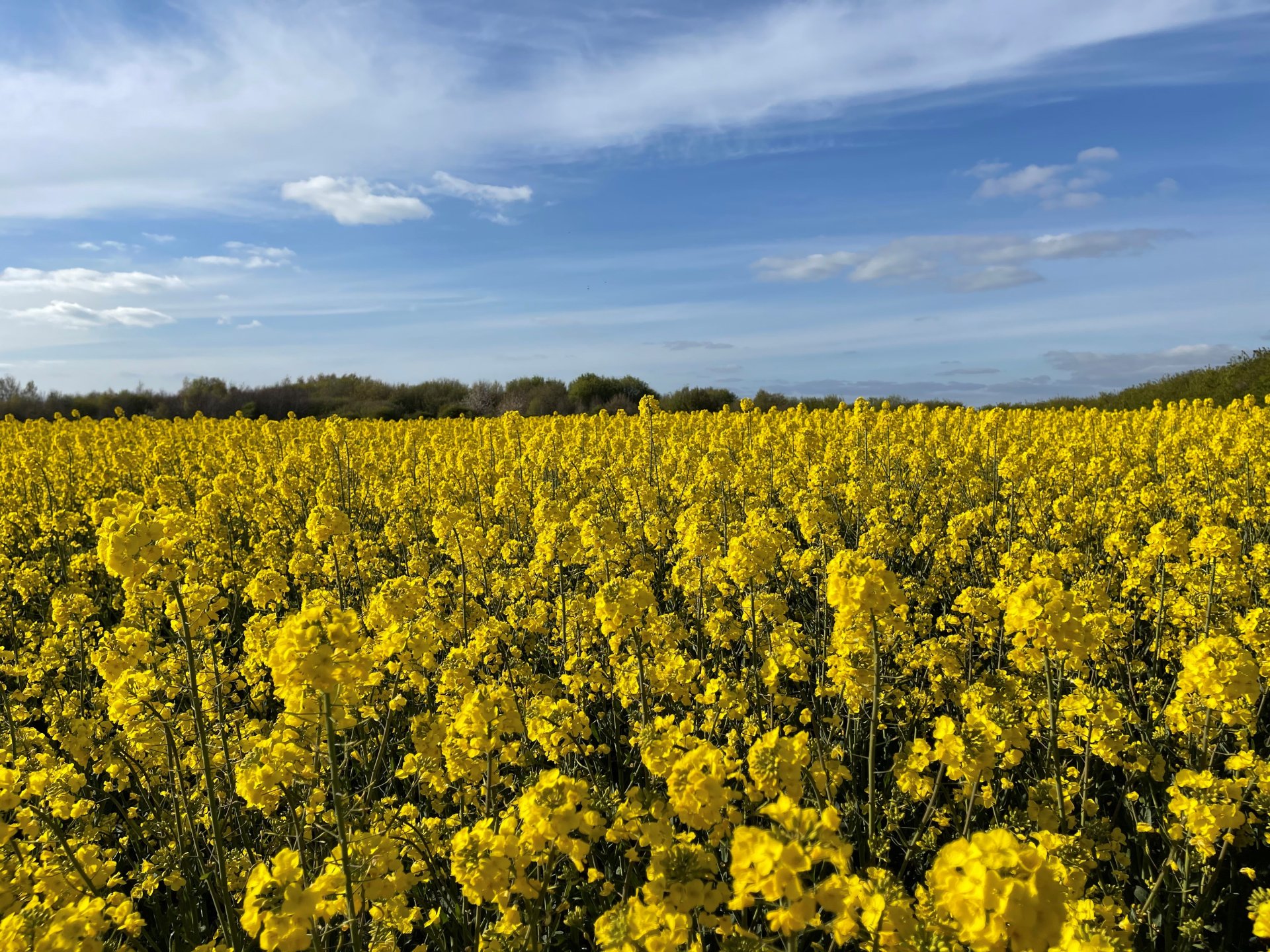 To say that the whole crop was a success would be a lie as there were areas of pigeon damage on a former World War 2 runway where topsoil is non-existent and other areas where the companion crop of Berseem clover forgot that it was supposed to be frost intolerant and climbed out of the top of the crop. Fenugreek was also in the mix but didn’t really make much of an appearance. In the bits of the field that we did have a decent crop it yielded around two tonnes to the hectare which has given me the courage to have another go. Last year’s crop was planted in mid-August and had no inputs whereas our recent planting has had 7t/ha of dried digestate from British Sugar and has companions of Kora Buckwheat and Tabor Berseem clover. Ideally, I would like to cold press the crop on the farm and become a millionaire by Christmas 2022.

We had proper success with combining cover cropping with a non-inversion tillage trial. I took a sixteen hectare field and drilled a cover crop (brassicas and clovers) on one half and let the other regenerate with the diversity of weeds that we have managed to collect over the last twenty years with no herbicides, channelling the Newman Turner approach that, “The weed is your friend”. The Newman side really went for it and produced a staggeringly impressive range of the thistle and dock family as well as a brilliant display of charlock. All was on show for my neighbours from the major A road that dissects the farm. To hide my blushes, the natural regeneration and cover crop were grazed by sheep over the winter and then lightly cultivated in a frost in early February and then sown with spring oats at the end of that month. 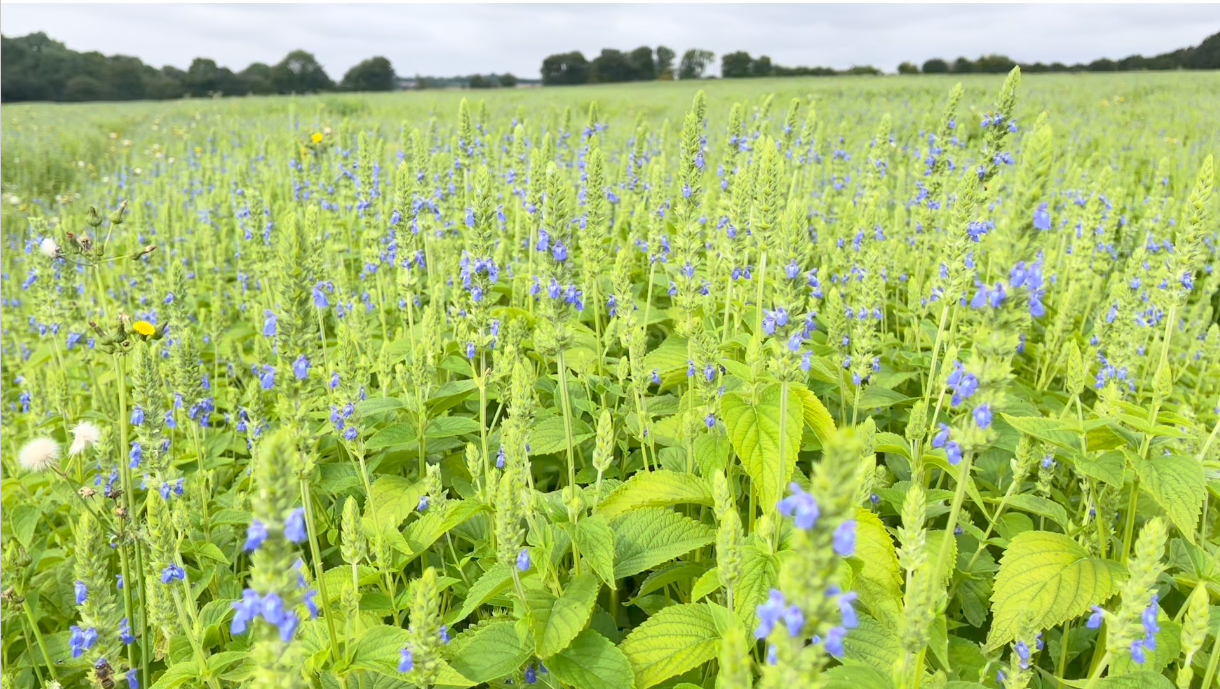 During the subsequent months the line between the two trials became increasingly impressive. Firstly, the apparent increased vigour from the cover crop side and the subsequent extra tonne in yield at harvest, but equally as magnificent the flocks of “Small brown jobs” on the Newman Turner side, feasting on the thistle seeds and the inevitable disappointing results in the combine tank. I’m not sure if you know this but historically young thistle shoots, stripped of their spines, were added to salads and the flower heads were used like artichokes? Yet another product, along with the organic oilseed rape oil, that could be sold in the virtual Shimpling Park farm shop furthering my ascent up the ladder of a well-known broadsheet’s rich list.

That opportunity aside, buoyed by the evident weed suppression and fertility building, both factors contributing equally to the yield increase, we are repeating the trial on a much larger scale this year, fuelling our journey to divert our attention from the plough as a weed management tool.

It’s definitely been a year for the thistle at Shimpling. Kieth Banham from the Sandringham Estate did a loose trial a few years ago with subsoiling and thistle control with some positive results. Here, we have seen much reduced thistle numbers in our tramlines where we have subsoiled and so we are doing a bit more work on that to see if that is a thing. 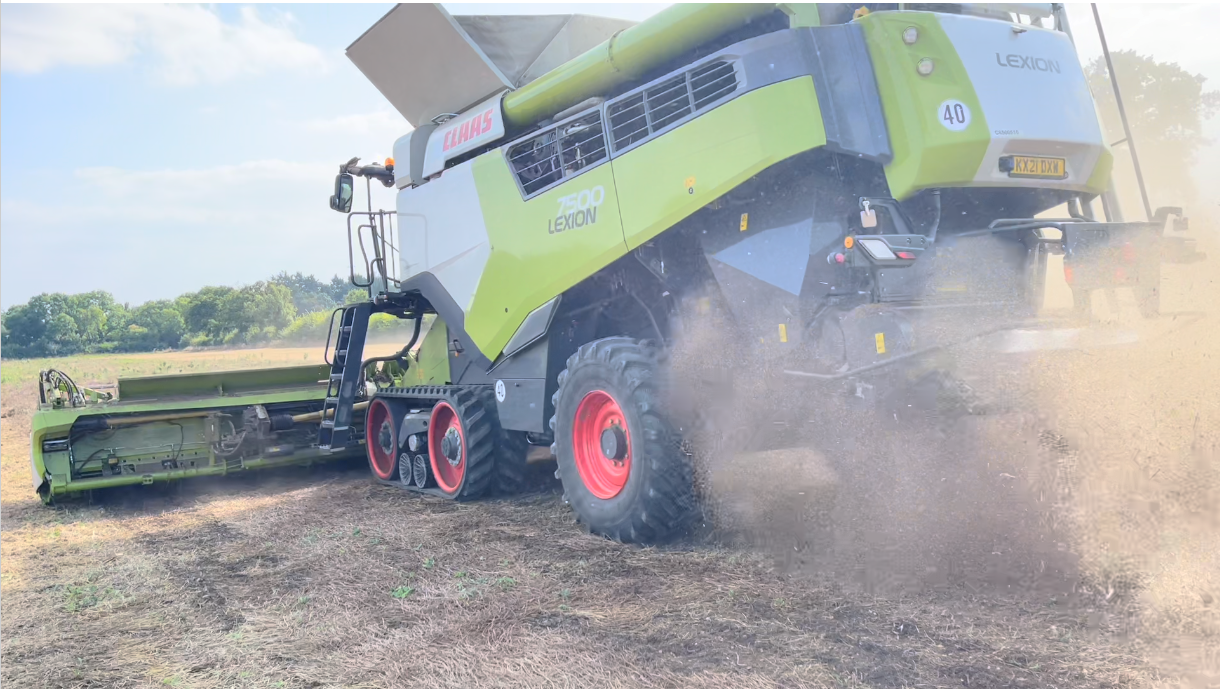 I have grown vetches on the farm organically in the early 2000s, but gave them up due to inconsistent yields and a price that I felt did not reflect the risk we were taking, but this year I was persuaded to grow a field of them for seed. Vetches are extremely hard on the combine cutter bar as they go as flat as a piece of paper two days before harvest and can be difficult to get the crop to flow evenly though the combine. You also have to empty the stone trap every ten meters. This year we had a Claas Convio Flex on demonstration (Google it or see a post I put up on Twitter) which I think will revolutionise cutting crops with a strong relationship with gravity. It was amazing. It could also open up some more niche opportunities for us, yet again increasing the product range of that imagined Shimpling Park farm shop.

Having said that I have not yet had an in-depth analysis of harvest yet, I am aware that it has not been a great year in term of grain output. Another wet winter, frosts continuing into late April and another drought at the beginning of spring is never going to be a recipe for bumper yields. Although we have got the boldest and brightest wheat, barley and oat grains that I have seen for many years, the berries are small which must be something to do with the unusual year.

There’s nothing impressive about average, but that is the year that we have just had. It’s been a year of consolidation of thought, more honing of what we do well and learning from what we do badly. Here’s to harvest 2022!
Click to expand...