Hosted by NFU Scotland’s Next Generation group and supported by Royal Bank of Scotland, the competition is encouraging Scotland’s farmers and crofters to take to video to outline the steps they are taking to reduce emissions and deliver wider environmental benefits.

Those entering NFU Scotland’s competition will have a chance to win a state-of-the-art drone with a tailored un-manned ariel vehicle (UAV) upload and satellite imagery package from SoilEssentials.

Entrants simply record a three-minute video, sharing their views on how Scottish agriculture can respond to climate change challenges, highlighting the steps they have taken on-farm to tackle climate change.

NFU Scotland would also love to see and hear about the wider environmental benefits from taking these steps.


The closing date for the competition is Monday, February 1, 2021, with the winner announced at NFU Scotland’s virtual annual general meeting (AGM) on Thursday, February 11, 2021.

We know that Scotland’s farmers, crofters, and growers have already taken steps to tackle climate change. However, we also know that in the future, we are going to need to do more to tackle the climate and biodiversity crises.
Click to expand...

“That is why we want to hear from those who are already taking steps to reduce their emissions.

“This video competition, in partnership with Royal Bank of Scotland and SoilEssentials, will highlight the incredible work already being done by Scotland’s farmers and crofters to reduce their emissions and protect the natural environment.”

“I am very pleased to be confirmed as a judge of this new competition.

This initiative will highlight the impressive, positive work already being done to help combat the effects of climate change and reduce emissions, by committed individuals in the Scottish farming and crofting sectors.
Click to expand...

“The competition will raise awareness of the important contributions of young, dedicated farmers and crofters, as we continue to work together to help reach our world-leading climate targets,” he concluded. 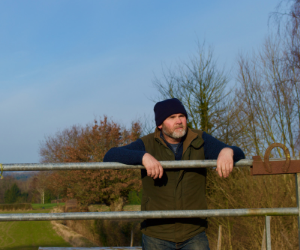 The 31 March deadline for responses to RABI’s Big Farming Survey is fast approaching and everyone linked to farming across England and Wales is being encouraged to take part.

“The support that we’ve received since the launch of The Big Farming Survey in January has been incredible. We’d like to thank everyone who has already completed the questionnaire or promoted the research project more widely,” says RABI’s Chief Executive, Alicia Chivers.

“However, the more comprehensive the data collected, the better the reflection on the daily realities of people from all sectors of agriculture and across all regions,” she adds. “We therefore want to hear from farmers, farm workers, contractors, spouses, adult-aged children and...
News
Continue…
Top