JP1 comment to preface this article: I would like to make clear that Robert is not expressing an opinion but passing on information that can be assessed – and either accepted or ignored.

Increased abattoir focus on supermarket specification for commercial (non-retail scheme) cattle, particularly a preferred maximum carcase weight of 380kg, continues to create waves on the store market where some older and heavier animals are already being discounted. 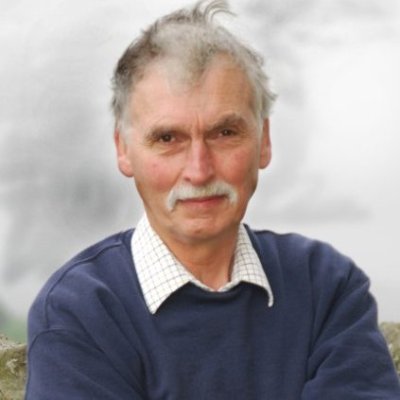 Criticism from some farmers concentrates on the shrinking of grid boxes covering both base price and price bonuses on deadweight cattle – and the proliferation of boxes which cover price penalties.

Auctioneers are among those who also see the most recent adjustments by ABP and Dunbia as evidence of a collective wish by mainstream processors to advance the opportunity to discount instead of maximising opportunities for good finishers to earn a premium.

And the tight boundaries of supermarket spec, which is often accompanied by an expectation that at least 95 per cent of cattle in a delivery will meet it, have provoked comments that even experienced finishers would find it difficult to consistently draw cattle to hit that narrow target.

The other development which raises voices is increased insistence on just four owners (three movements) and recent decisions to subtract a 10p-15p penalty on cattle that have had more.

The overview is that the latter is unlikely to have much impact on suckler bred cattle but will pose problems for the owners of dairy cattle which will have left their farm of birth for a rearing unit before moving onto a market where they can either be picked up for immediate finishing or grown on – often through more than one holding and at grass for a second summer too.

However alternative messages are coming through too. These are not from abattoirs and come mainly from a range of specialists who earn their living placing as many cattle as possible in front of the company that will pay most for them.

Their view is that too many in the industry have been deaf to increasingly urgent market signals on age, weight, and movement for too long.

They also say it makes sense for growers and feeders to chase down well-bred stock with the genetic potential to hit retail targets because businesses that can do this will be able to turn over more cattle.

They acknowledge that some feeders can, for example, specialise in turning out 18 month bulls killing out at 500 kilos as long as they have a regular customer they are confident will take what they produce.

But are equally adamant that for the majority the absolute maximum for young bulls is 15 months three weeks and a maximum weight of no more than 380-400 kilos – demands that first emerged in the UK immediately after the horsemeat scandal 20 months ago.

At the core of their argument is the inescapable fact that supermarkets retail at least 80 per cent of the fresh beef offered in the UK – which puts them in a good position to dictate specification and dramatically narrows the market range for feeders who would rather not turn out they type of cattle that processors which are contracted to supply multiple retailers require.

Another important development is increased retail interest in absolute traceability – which is expressed through insistence that their suppliers must be able, if requested, to give a full account of the origin and provenance of any item they have sold on.

Demands in this area were fortified by recent confirmation from Professor Chris Elliott, who led the enquiry into the horsemeat scandal, that widespread country of origin fraud in the beef sector still persists.

They include proof of age, country of origin, and a list of all the (assured) farms on which the cattle which have provided beef have been held.

Foremost among the companies that require this is Sainsburys and it may not be a coincidence that its two principal suppliers, Dunbia and ABP, have recently taken a front line position on the enforcement of the four farm limit.

The ultimate bottom line is that Sainsburys, or any other retailer for that matter, has to feel confident it has purchased exactly what it ordered and there is no chance of horsemeat, or anything else that is unwelcome, being included in a delivery.

In these circumstances contracted processors have to toe the line which in turn means they demand that feeders are just as exacting when making their deliveries too.

It is suggested that the 60p per dwkg gap between the GB average and the average in the Republic of Ireland (RoI) reflects a reward for in-specification delivery – including maximum weights.

And that the concentration on bulls aged only between 12-18 months, or steers and heifers weighing only between 280-380kg, also reflects the decline in exports since the euro began to trade at 70p-74p instead of 80p-82p.

Some hope this exchange rate pressure will prove to be temporary and cuts taken from heavier (but not OTM) cattle may again be sold onto EU markets as well as new outlets in the United States and even China.

Nevertheless there is, at present, despair in retail and processing circles at the number of farmers who appear determined to ignore these developments and continue with the same management system they have used over the past ten years - even though it is obvious that their ability to continue in business may be overwhelmingly handicapped as a result.

# Last week ABP plants across the UK began purchasing prime cattle off a new grid – and it is clear that that its penalties are aimed at reducing the number of OTM, underweight and overweight cattle it handles as well as curbing inter-farm movement.

All steers and heifers presented which are aged 30-36 months are being deducted 5p while stock aged 36 months or over is purchased at cow price.

Bulls aged 16-24 months receive 75p less than the steer and heifer price with those that are 24 months or over valued at the same price as stock bulls.

The penalties for presenting underweight stock are even harsher. Those weighing 250kg-260kg lose 20p if they classify O+ to E and 40p if they are O- to P.

The deductions are progressive in ten kilo increments through to 220kg after which payment is realisation.

Stock that has come in off a fifth farm will be deducted 10p. All stock that has been presented must have been resident on the last holding for a minimum of 30 days.

(Robert Forster produces a weekly Beef Industry Newsletter which provides comprehensive weekly prime cattle price forecasts and informed commentary on the dominant beef industry developments in the UK. It can be found on www.rforster.com website.).
You must log in or register to reply here.
Share:
Facebook Twitter Tumblr WhatsApp Email Link