The traction drive variable pulley ram on my JD1085 combine will press the pulley together when pressurised but when the valve is moved to dump it will not depressurise the ram and release the pressure on the pulley. If I undo the pipe at the pulley and let the oil out the pulley does open back out again.
This leads me to believe there is a problem with the spool valve block or the bourbon cables actuating it or the length of pipe from the block to the pulley ram. The bourbon cables seem OK.
Tests ongoing but just wondered if anybody else had seen this. There is some sort of hydraulic control on the block which only activates it if the pump is running. You can’t lower the bed for example unless the pump is running. Wonder if this aspect has gone faulty. Anyway tests continuing. Probably some crap in the spool block. Usually it’s the solution of most expense and time.

Or the return pipe is blocked.

Or the return filter is partially blocked causing a few hundred psi on the return side?
D

It appears the spool valve won’t go into the block far enough to open the port to dump. It won’t go in as far as the others anyway, only about half as far. There is a spare spool valve on the end of the block but unfortunately after 40 years waiting for its big moment it won’t move at all despite a big lever on it so it’s valve block out time and strip it down. Everything will be size awkward and a third as well knowing JD continental hydraulics, probably sealed using O rings specially made to a Bavarian local standard on a six month limited production run in 1980 with one remaining kit left sitting on a shelf in Belarus which you could have for £3000 if it wasn’t for Brexit, covid and sanctions.
D 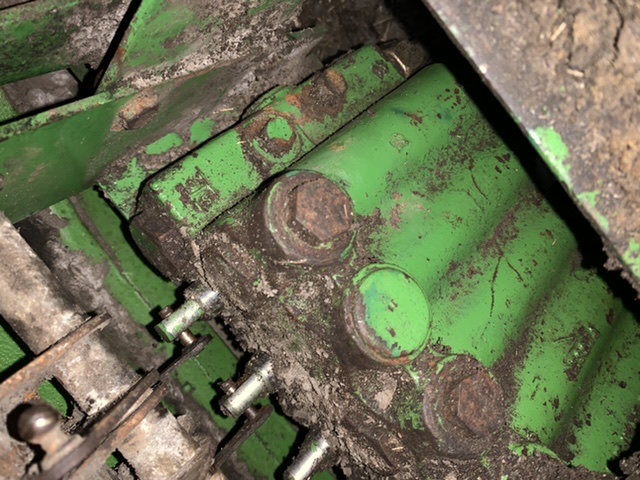 how do those blanking plugs come out : the ones without the hex head on? There are same at end of spools and a cap screw inside on end of spool according to parts diagram. Wonder if the cap screw has unscrewed and so won’t let the spool go in as the screw head is hitting on the blanking cap. Just a thought.
D

Here we go: Looks like the cap on the bottom end of the spool valve had filled up with compacted rusty gunk, limiting the travel of the spool. It had sedimented over winter making it worse. Cap nut sitting on top was full if compacted sediment. 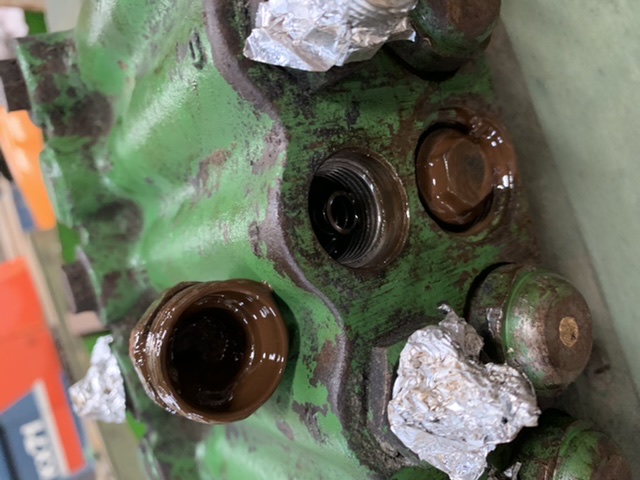