Leptospirosis is a zoonotic disease caused by bacteria of the Leptospira genus. It is a common infection in dairy and beef herds and causes infertility, abortion and poor milk yield.​

In the UK, the two most important types of Leptospira are Leptospira borgpetersenii serovar Hardjo and L. interrogans serovar Hardjo. Infection arises from contact with infected urine or the products of abortion.
The cost: £5–25m (Bennett R. 2005) to the national herd in health and productivity.
Two vaccines for Leptospirosis were marketed in the UK, both require a primary course of two doses with an interval of four to six weeks between them, then a booster given annually:

The Leptospirosis vaccine uptake was relatively stable at around one in three of all breeding cattle over the age of one year between 2011 and 2020. In 2019 there were supply issues and the proportion vaccinated fell to 27%. 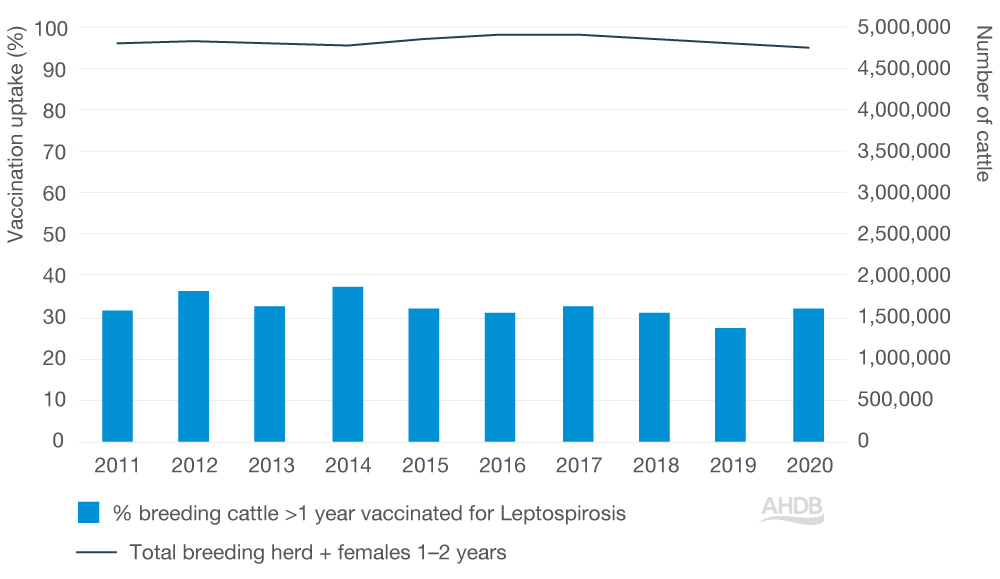