Doosan claims to have overcome the major problem that all loader drivers face, i.e. the large and highly critical blind spot that lies directly in front of them.

The company has developed a system that enables a loader operator to see what is happening beyond the bucket, using images from cameras placed on the front of the machine.

The feeds from the two cameras are then merged to form a single image on an in-cab screen, using a curved projection method.

This not only adds greatly to safety, but also to efficient operation. 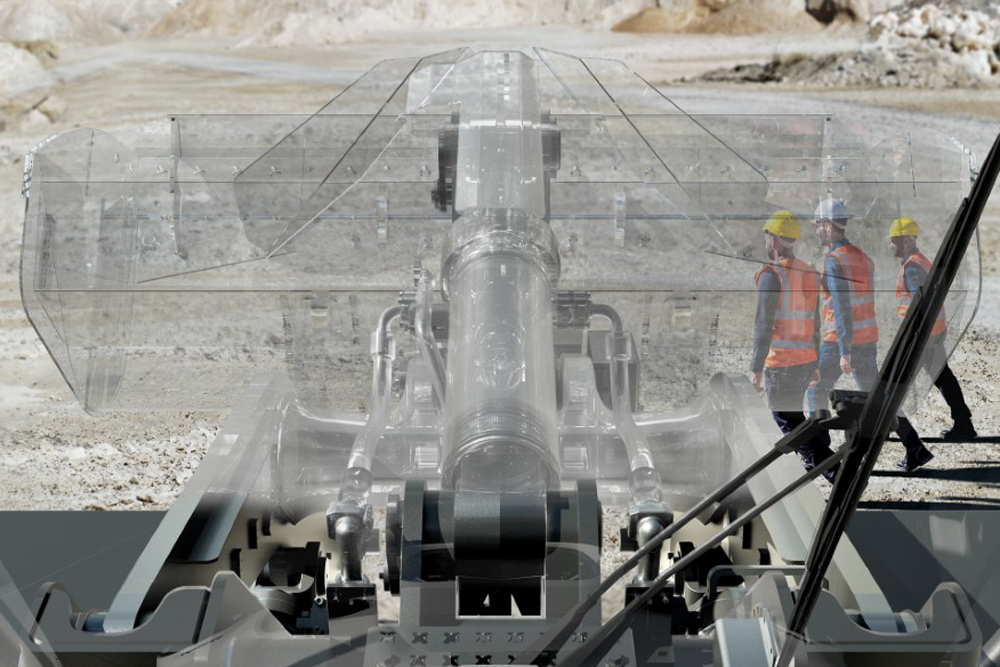 Forward vision is important for both increased safety and efficiency

Referred to as the ‘Transparent Bucket’ system, it was developed by Doosan Infracore Europe. It has just won two of the major awards at the biennial MATEXPO exhibition held in Belgium.

The awards were in both the ‘Innovation’ and ‘Safety’ categories in the competition organised by MATEXPO.

The winners were decided upon by an independent jury comprising specialists in the construction equipment industry.

The idea for the system arose as videos of accidents caused by the lack of visibility become more widespread on the internet. 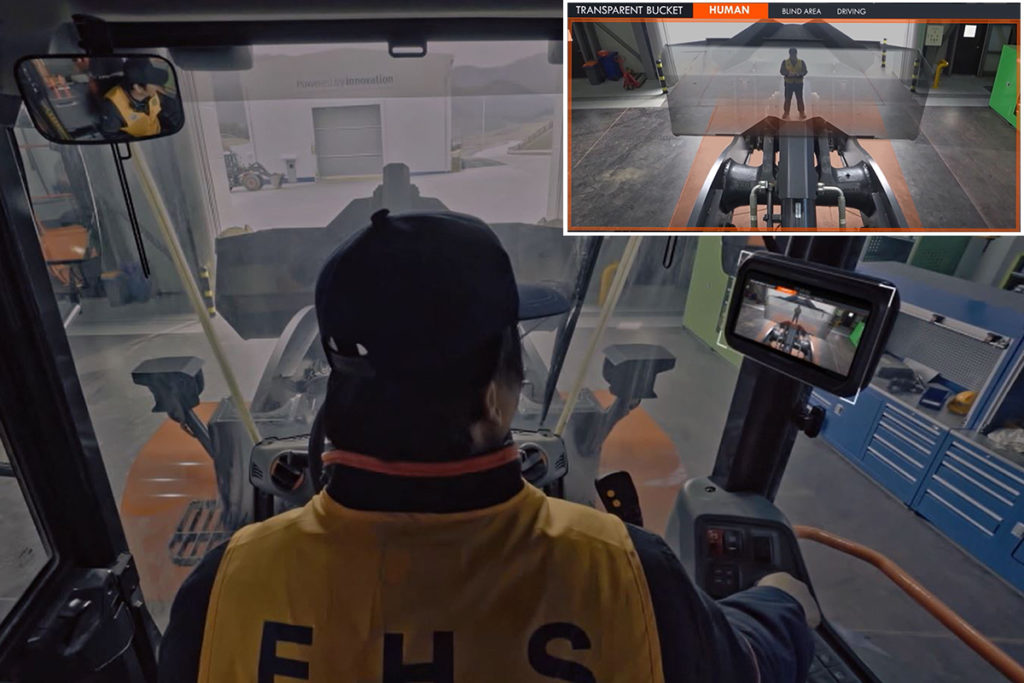 The company decided to expand the concept of the existing pedestrian warning system, known as the Around View Monitoring (AVM) system, to cover the front of the machine as well.

A spokesperson for Doosan added:

As machinery and site safety standards continue to be significantly raised around the world, advanced safety systems have become a key factor in selecting equipment. We plan to continue developing safety features that can protect drivers and other workers on site.”
Click to expand...

AVM is based on ultrasonics whereas the ‘Transparent Bucket’ concept works with visual light.

Although this is obviously a great step forward from a safety angle, it remains to be seen how it might cope with dusty conditions.

The ‘Transparent Bucket’ will be available on loaders from later this year.

The post Doosan scoops awards with ‘see through’ bucket appeared first on Agriland.co.uk.