Written by Michael Geary from Agriland

Demand coming from the Eid al-Adha festival helped to boost both liveweight and deadweight lamb prices in the UK last week.

Although throughput was strong in the lead-up to the festival, the sheep kill to date this year is well back, the Agriculture and Horticulture Development Board (AHDB) noted.

Lamb kill back 11% for June in the UK


Throughput of lambs and ewes for the month of June recorded large year-on-year declines, the AHDB noted.

Although, this is not surprising, as GB auction markets witnessed “exceptionally low” throughput during the last week of the month. 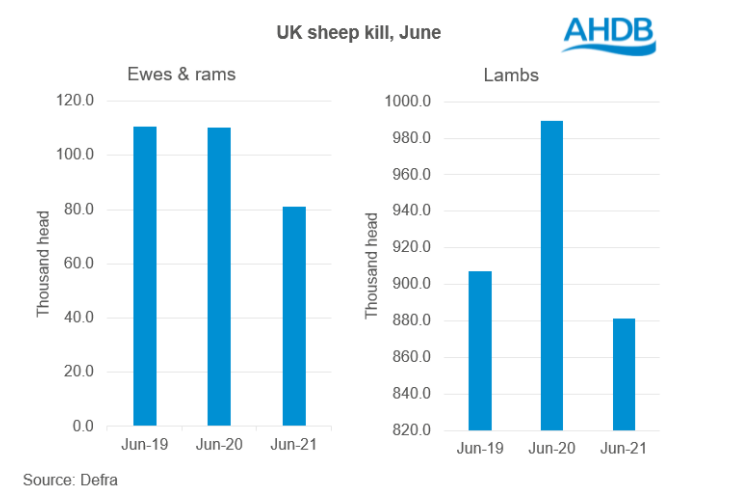 Although, the AHDB said, this continues the trend recorded over the past 12 months, it is once again in conflict with throughputs at GB auction markets where numbers have continued to be buoyant.

Looking at the first six months of the year, 5.1 million lambs have come forward – which is 491,000 head fewer than during the same time period in 2020.

While a similar story has been seen with ewes, with numbers back 165,000 head.

The post Eid boosts lamb prices in the UK appeared first on Agriland.co.uk.

The Rivers Trust has today launched its State of Our Rivers report aiming to allow the English public understand and explore the health of their rivers on a national and local scale.