✓
An open letter to all sheep farmers​

We would like to bring to your attention advice from the Sustainable Control of Parasites in Sheep (SCOPS) group regarding the use of the two newer wormer groups (4-AD orange (Zolvix™) and 5-SI purple Startect).

Use of these two newer groups has more than doubled in the last three years since their reclassification to POM-VPS. Fears that they would be used too widely when the classification changed have proved to be unfounded, but sheep farmers could still harness their potential more.

Use of these two newer groups has more than doubled in the last three years since their reclassification to POM-VPS. Fears that they would be used too widely when the classification changed have proved to be unfounded, but sheep farmers could still harness their potential more.

Why do we need to act? We would urge more sheep farmers to follow the advice of the SCOPS group and integrate the two newer groups into their worm control programmes now.

These products help lambs to reach their growth potential by removing the build-up of worms that have survived previous treatments and slow the development of resistance to the older three groups of wormers, if they are used in the right way before the older wormer groups become ineffective.

We would encourage all sheep farmers to introduce one of these new groups at only two points in their worm control plan. Firstly, as part of their quarantine treatments for all incoming sheep, and secondly as a one-off treatment for lambs, in the latter part of the grazing season.

When should I incorporate? An effective farm protection (quarantine) treatment is essential to prevent otherwise healthy sheep bringing resistant worms onto the farm. For full details go to https://www.scops.org.uk/internal-parasites/worms/quarantine-treatments/.

To get the most benefit from the treatment for lambs, it is important that it is used in the latter part of the grazing season (as a mid-late season break dose) when a treatment is deemed necessary (ideally following a significant worm egg count).

Why is this best practise? The purpose of this treatment is to remove worms that have survived previous treatments with one or more of the older wormer groups (1-BZ white, 2-LV yellow and 3-ML clear). Removing this build-up of worms left behind in the lambs helps them to reach their growth potential and has the double benefit of helping to slow the development of resistance to the older three groups. All lambs remaining on the farm should be treated, but to avoid the risk selecting for resistance to the newer group 4-AD & 5-SI wormers, it is very important not to “dose and move” lambs to “cleaner” grazing straight away. To avoid this risk simply drench the lambs and return them to the same fields for four or five days before moving them. For more details on mid-late season break dose go to https://www.scops.org.uk/news/5221/sheep-farmers-encouraged-to-use-newer-wormers-as-a-mid-season-lamb-dose-this-summer/.

The mid-late season break dose for lambs and as part of the farm protection (quarantine) treatment are the only generally recommended times to use these newer products. To avoid the risk of resistance developing to the two newer groups they should not be used at other times without detailed advice from your consultant or sheep vet.

Signed on behalf of 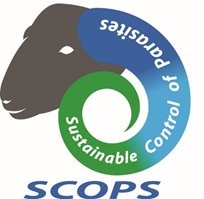 Kevin Harrison on behalf of SCOPS

Dave Bartley on behalf of Moredun

This letter has been written in partnership with Elanco, makes of Zolvix™.

Firefighters were called in to extinguish a tractor which was “well alight in a field” in Somerset, England, this week.

In a brief report on the matter, Devon and Somerset Fire and Rescue Service said: “Fire control received calls to a tractor on fire at Chilton Polden, Bridgwater.

“Fire control sent two fire engines from Bridgwater, one fire engine from Street and one water bowser from Yeovil.

Once the crew got in attendance the officer in charge confirmed one tractor well alight in a field...
Click to expand...