Anyone running Same tractors,back in the 80’s in this area they had to be the smartest looking tractor.Had a brilliant 4wd system.
The first 4wd tractor I drove was a same saturno 80,was brilliant on slopes.

I always liked the look of them when we were kids but Dad was set on Masseys at the time. I remember moaning to him about the chuffing awful clutch and seating position of his MF290 and how a Same was a lot better, but he just brushed it off.
He then went for a Case IH 1056XL, which was superb, and was Case all through, which was my brother still is.

I was thinking more this kind of model. Leopard and Buffalo maybe? 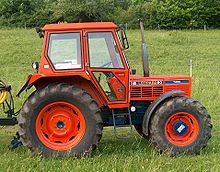 Cab-over Pete said:
I was thinking more this kind of model. Leopard and Buffalo maybe?

Yes,those were the models out in the 80’s
Centurion 75, Jaguar.Leopard .Tiger. Can’t remember if they had front brakes as well or did that come later.

I don’t know, but I think they were quite innovative designers.

I saw an old one on a farm a while back. Well used but all together.
P

had a Leopard 85 in mid 80s was s/h 1980 model,
was a good tractor punched above its weight, flat deck cab, with gear sticks to the right, 4 gears in each range, well spaced out for field work, 4wd was a center drive, not many others offered that at that time, and had a good lock on steering for a 4wd of that time, No they did not have 4 wheel braking till the later models of late 80s
fuel tank was a bit numb being behind the seat below back window, and made it feel as you were a long way off your work, but got used to it very soon,
with being air cooled it had a 12v diesel heater for the cab, and when it was working was very good, could put heater on even without starting the engine, pedals where the drop down pendulum type and were user friendly,
they were fitted with 1000/540 ipto, with the handle to engage on the left of the drivers seat,
with being imported without puh, it was a retro fit, and the leaver in the cab was not in a good place,
and engine was a hard old lump, and with stood all you could throw at it, yet still was not bad on fuel,
all in all was a real good tractor of its time,

edit, there will not be many about now, as lots were exported, and what is left, will of suffered lots of dreaded tin worm, the cabs, and mountings under the cab will of rotted through, that folded steel design with no where for water to get out was a killer

They also did them in white. Still running a Lamborghini 754DT

kmo said:
They also did them in white. Still running a Lamborghini 754DT
Click to expand...

Is that the same shape as the Same tractors of the 80’s? Eg the centurion etc.dont think I’ve seen a lambo of that shape. 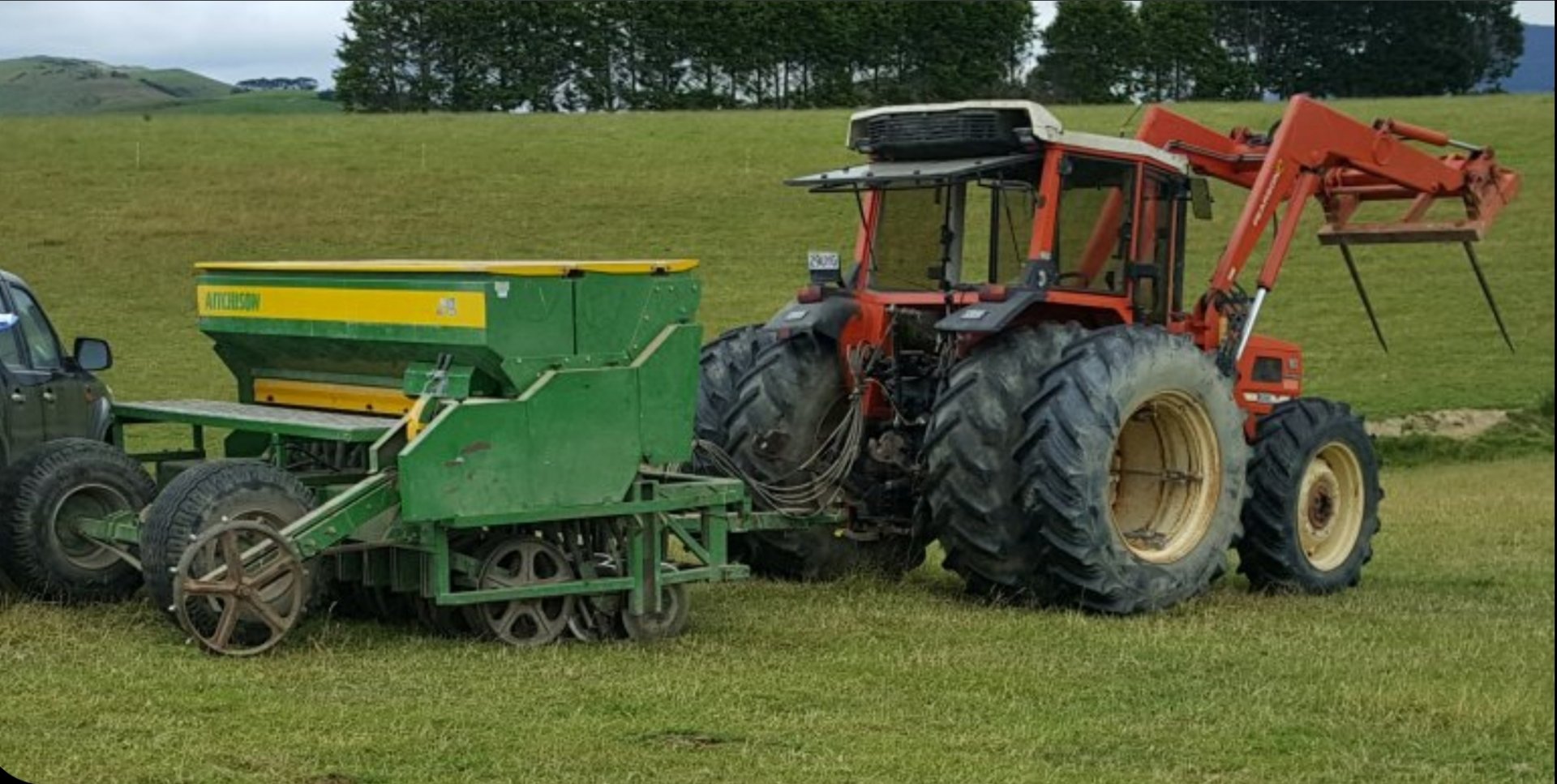 We had a Centauro 70 when I was a lad, this replaced it

Just found this video on YouTube,what a beaut

Kiwi Pete said:
Yes, still running a Same Explorer 90 here.View attachment 867101
We had a Centauro 70 when I was a lad, this replaced it
Click to expand...

Never heard of a centauro?what age was that?

Where I worked during the late 70s through to the early 80s, we had a couple of Dragos good tools, we later changed them for a tiger6 105 and a buffalo 130, we Found them to be comfortable reliable and very capable tractors.
D

Had a Leopard 85 in the mid 80s when we were in Pembs, secondhand bought from Alan Rogers at Riverlea. It did all the muck spreading and pulled the Taarup 602b chopper. Great tractor, loads of grunt. From what I recall it had full 4 wheel braking. Will see if I can hunt out some pictures.

The guy who builds M4 trailers near Cross Hands has got a good collection of various tractors, uses them on tractor runs etc.

I saw your lad on a Same the other day @Gadget

Couldn’t see what model it was due to the lack of side panels helping the air cooled engine!!

Cab-over Pete said:
I saw your lad on a Same the other day @Gadget

Couldn’t see what model it was due to the lack of side panels helping the air cooled engine!!
Click to expand...

Went well with a trailer full of muck on. 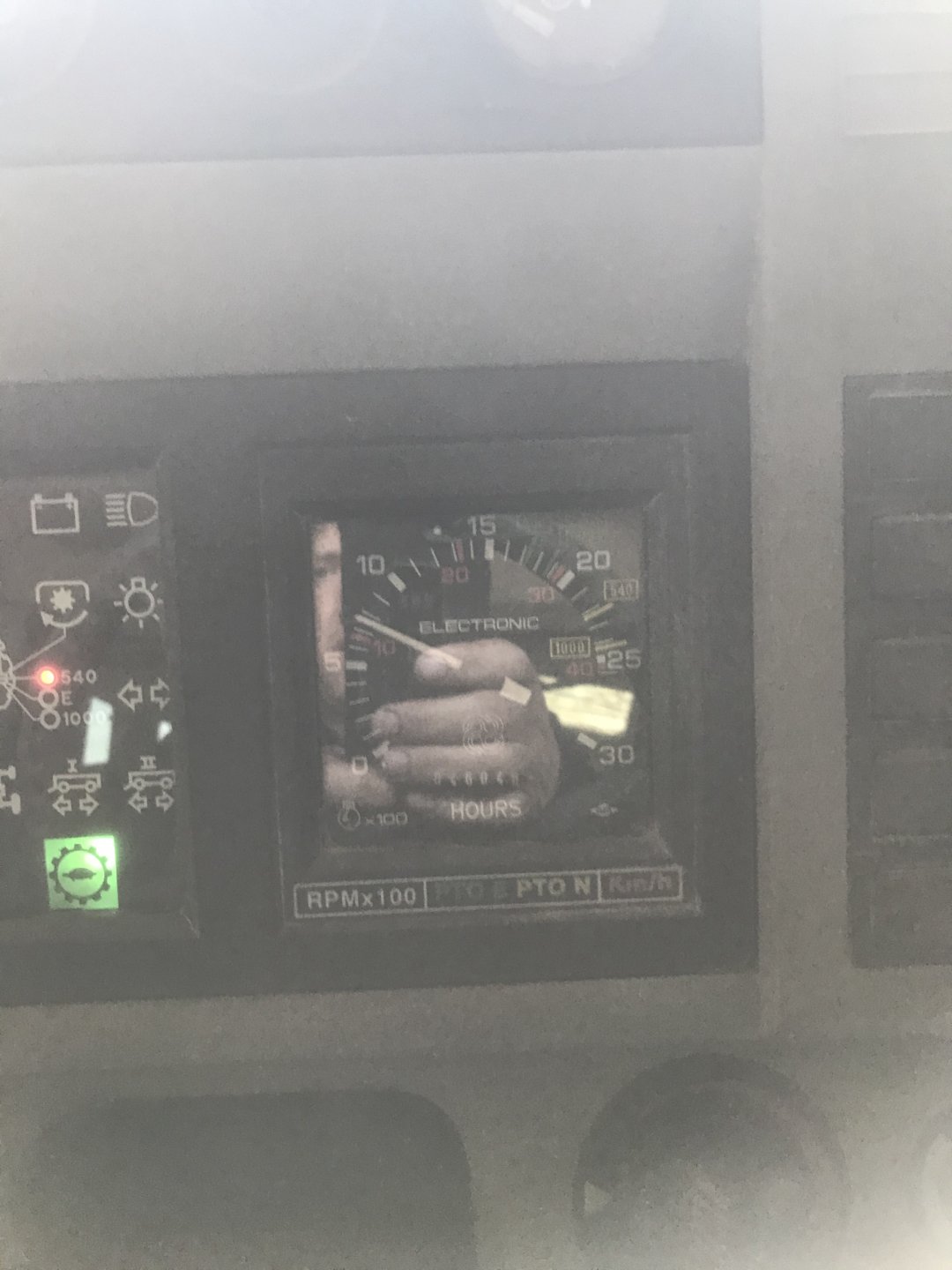 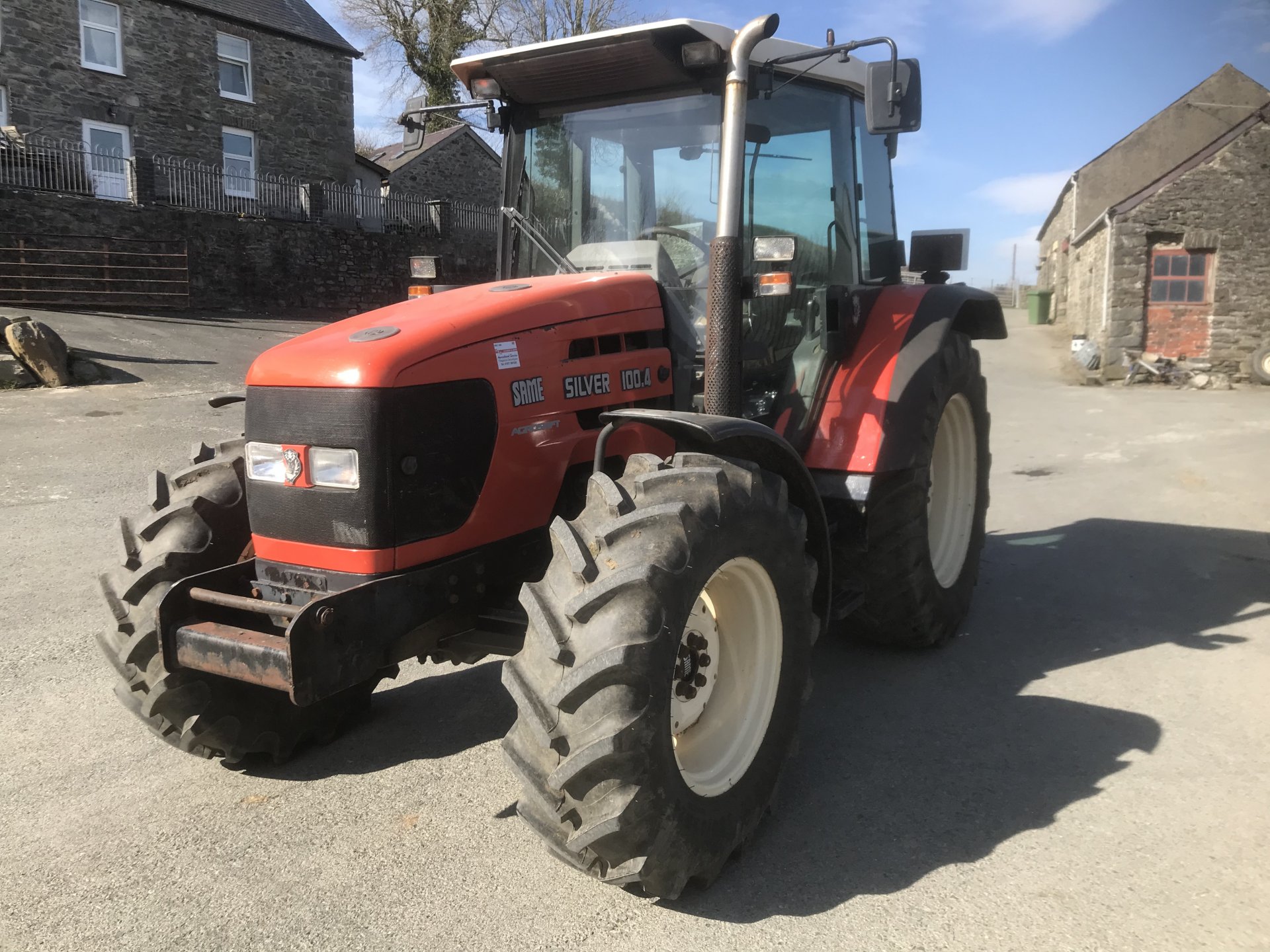 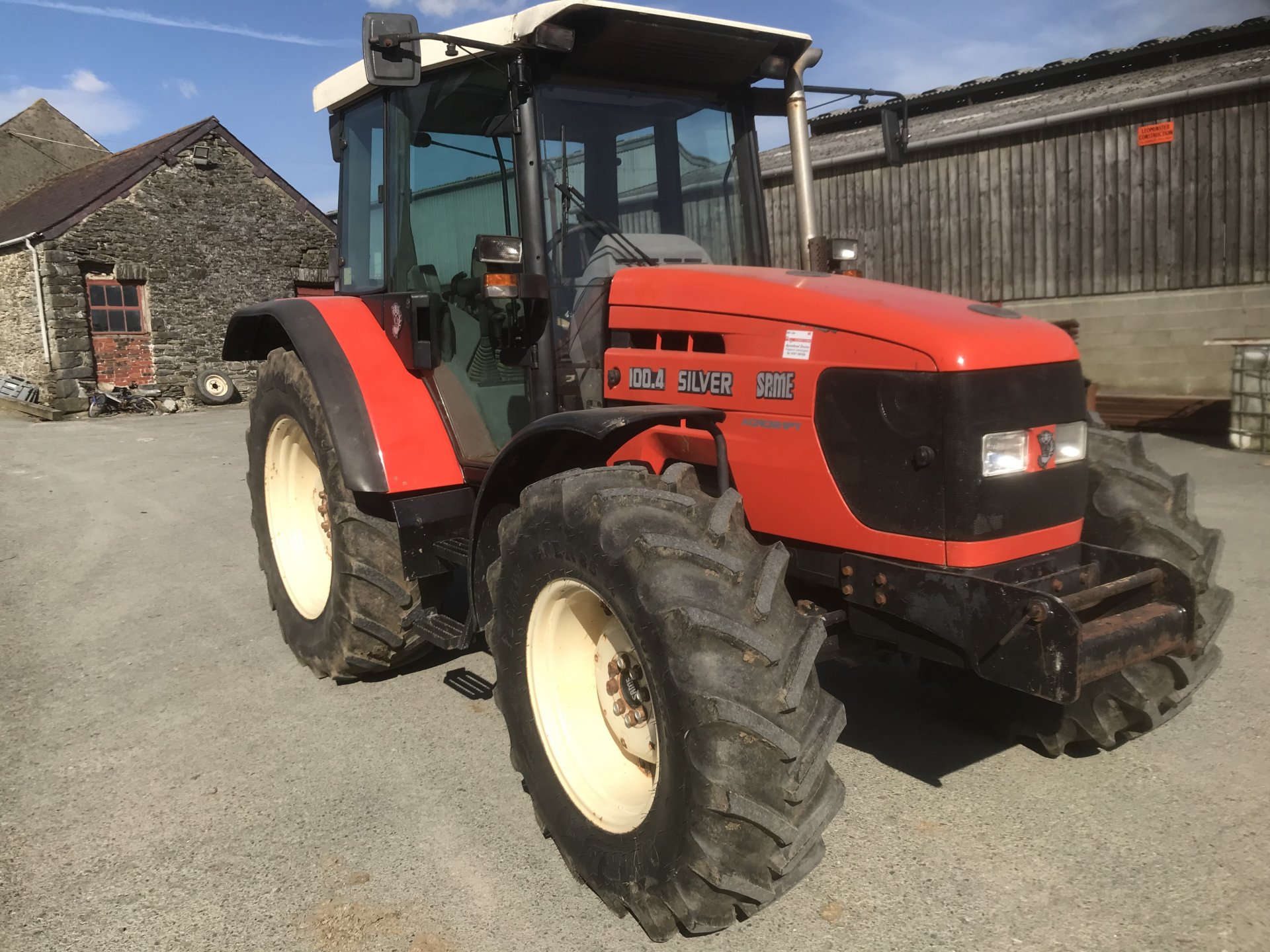 Neighbours sold this a month ago. So went and bought it. 4600 genuine hours. 23 years old. The spec on it for the age is great. 3 splitters. 4 spools. True 4 wheel braking. And for some reason compared to other make s I’ve driven when you turn full lock in 4 wd it never grubs up turf. Really pleased with it.

I have 2, Theres a big group on facebook. Same,Lamborghini,Hurlimann tractors 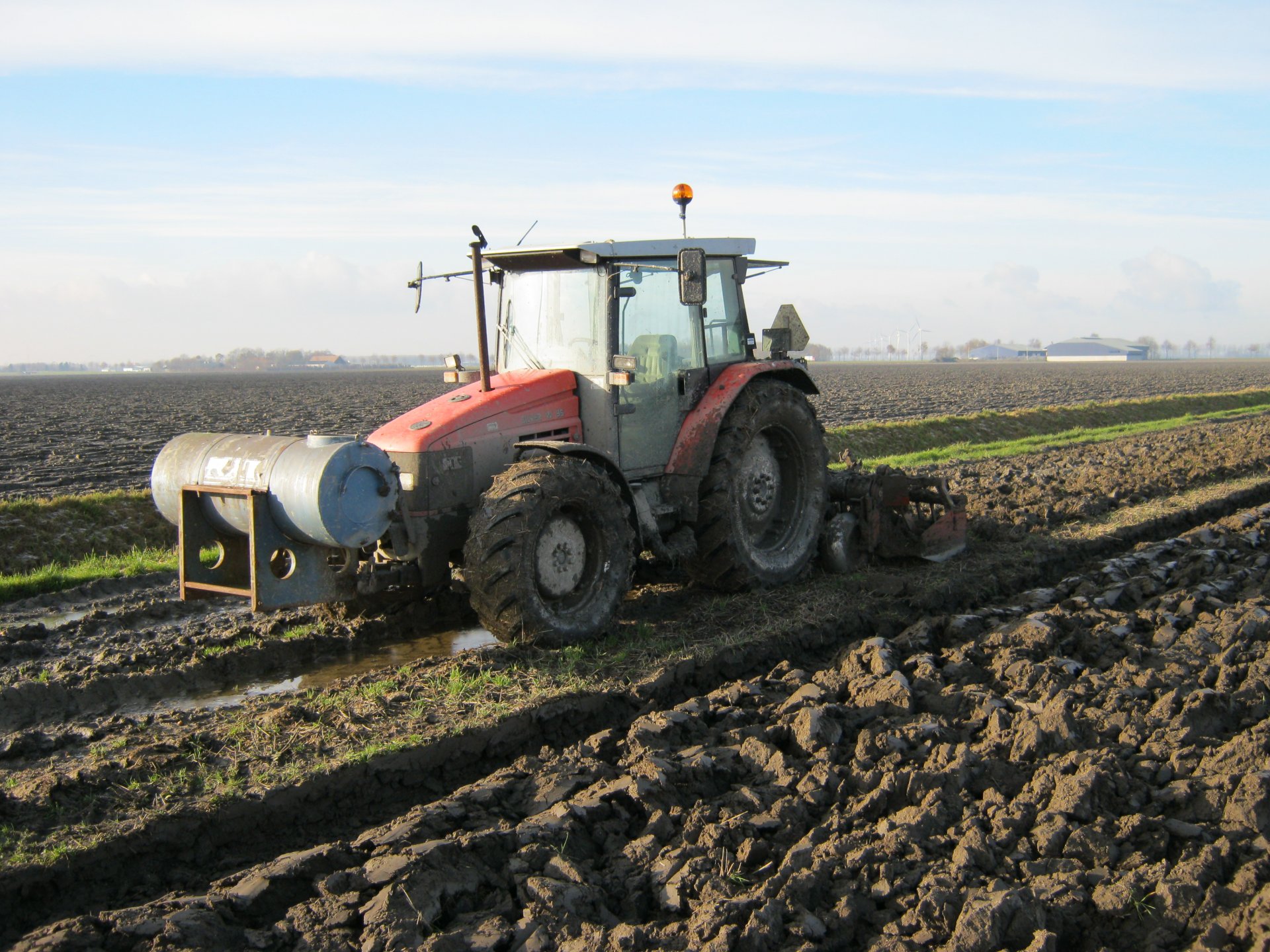 I worked for a farmer with only same tractors, just to pee the lovers off, I still have nightmares. They where all (3 or 4, don't quite remember) horrific tractor in there own way.
He had a cabless minitauro (if I remember right), which was always covered in oil, was a cate tractor otherwise, with the hitch controls on the dashboard. An explorer that was painfully slow, hard to shift and the whole electrical business melted together when someone thought it was a good idea to lead the current for a few worklights through the 7 pin plug.Later on while I drove it on the road the engine seized. Then the biggest piece of crap, the above silver. Shifting was very hard, not particularly heavy, but the "keep stirring and hoping" type (especially fun when changing direction alot). Three step powershift that only worked when the tractor was warm, fun that was. I was mowing with it, dip the clutch and she just kept going, quite exciting, turned out I had burned the clutch. That was a first (and last).
I have to admit that the owner wasn't very tractor minded so that didn't help.
I quite like oddball tractor myself but I just can't look at same tractors without it sending shovers down my spine.