At long last I’ve made a tentative start on the Xerion.

It’s been a long story of hassle and hold ups since I bought it in September and that shows no sign of letting up. Parts are desperately slow to arrive and to date, after ordering everything in early February the only things I’ve received are a tool box catch and a pair of headlights.

More bad news today, after being told the cab subframe would be here last week they are now saying mid May. That’s going to be cutting it very fine for me because I really need it mostly done by mid June before we start walking thousands of acres of standing crop.

Anyway, trying to keep on the up side, I’ve done a few bits and bobs. Had the new wheels and tyres fitted a while back. The old silver wheels and tyres are for sale if anybody wants a pair or one for a spare. Quite good tyres, easily capable of holding up a corner and keeping a tractor working for a day or two in the event of a tyre disaster. They are 710/60/42. I think! 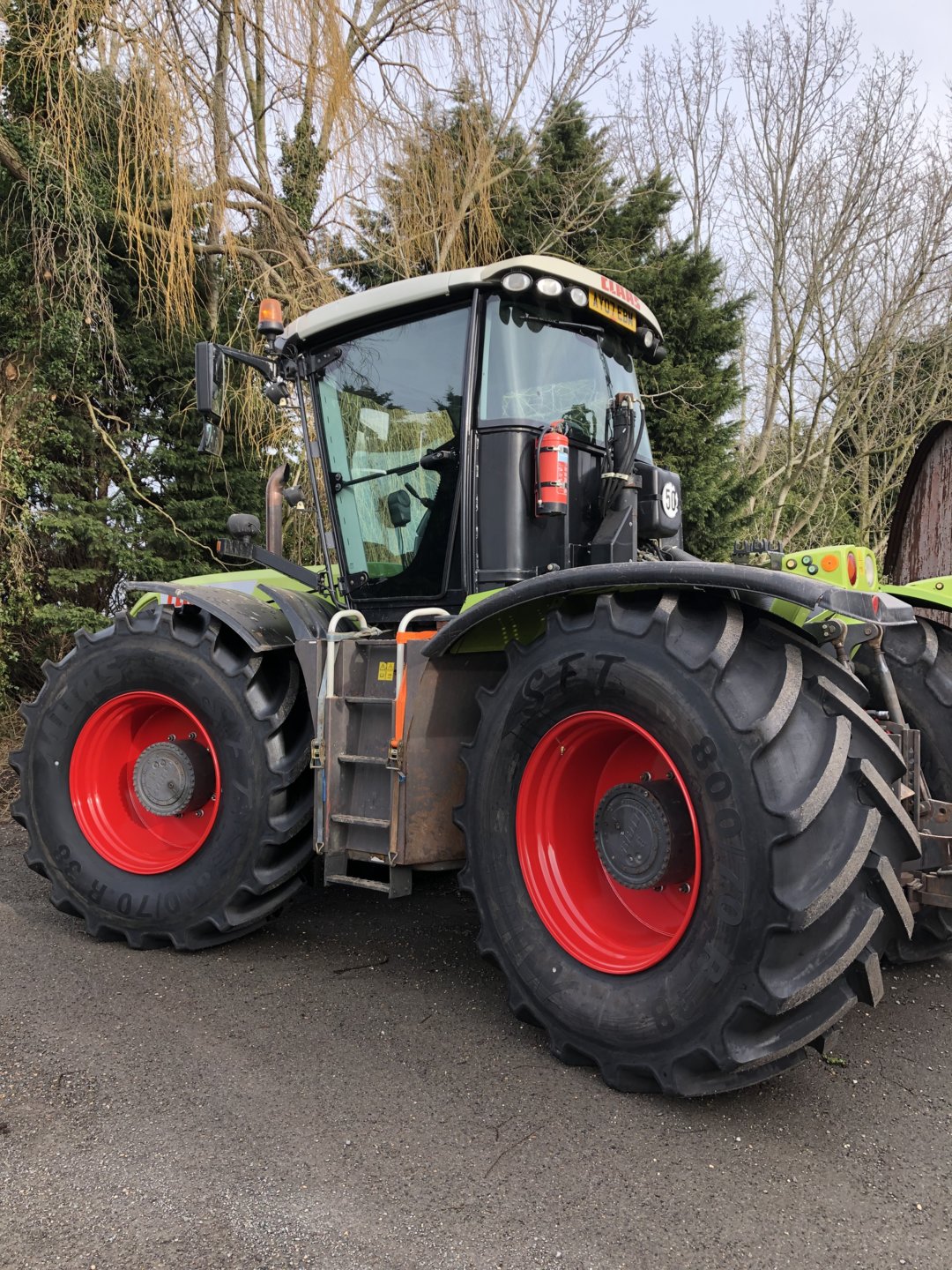 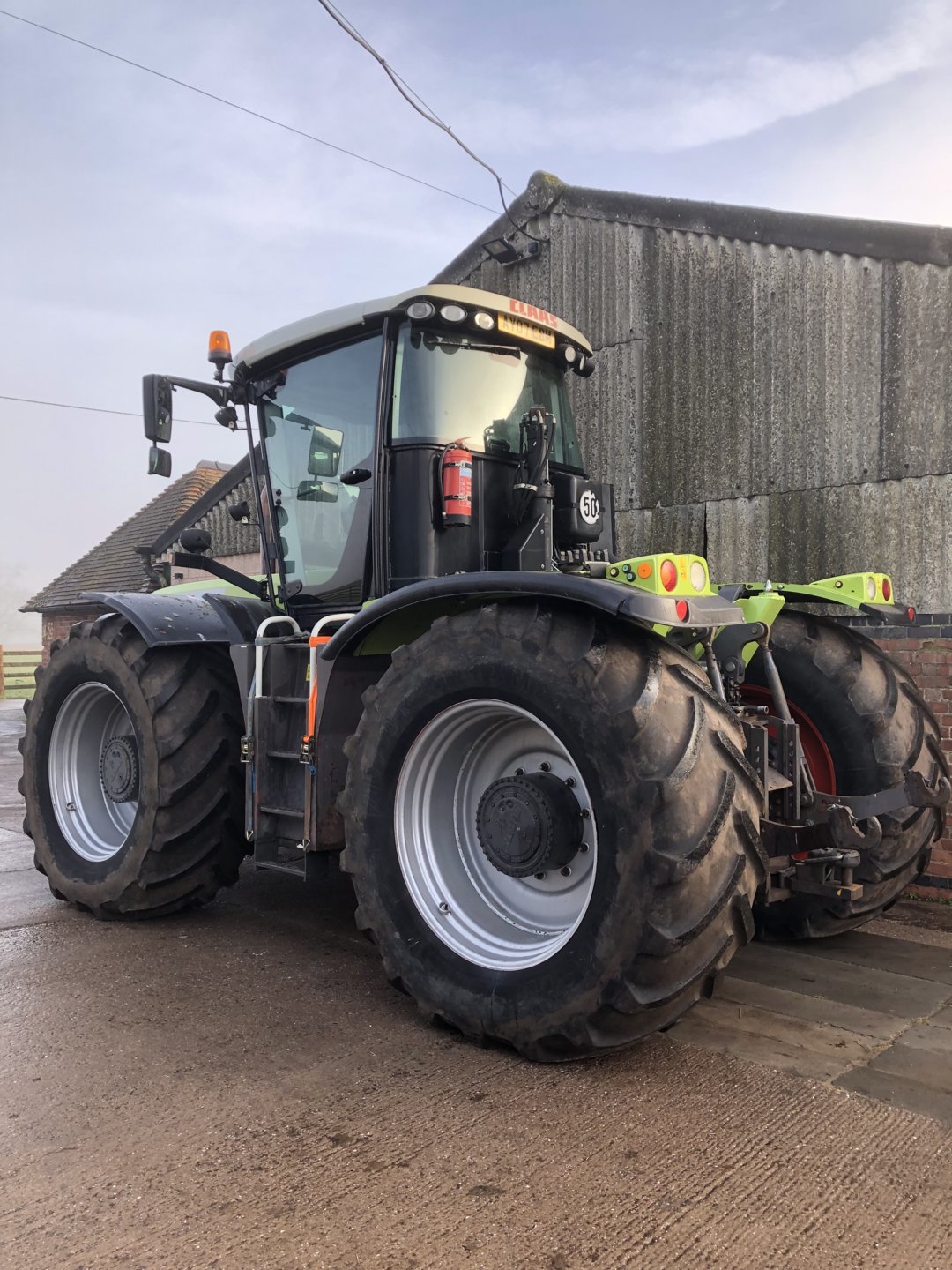 Been looking forward to this thread.

What reason are they giving for the parts hold ups?

And the ratchet straps holding the steps up?

Cut the front off the Big A.
B

with a red inner leg

Master plan David is to shove the cab out front and lash the Bredal body on the back and go chucking dust up.

Simples. If I can get parts.

No real reasons why the delay, just desperately dragging their feet. I have a feeling somebody doesn't want me to show how easy it is to do.

Andrew said:
Been looking forward to this thread.

What reason are they giving for the parts hold ups?

And the ratchet straps holding the steps up?
Click to expand...

Ratchet straps holding steps temporarily because I removed the top plate to have a look see and didn't want the bother of replacing it just to go a few miles and get the tyres. The top plate braces the fuel tank.

Cut the front off the Big A.
Click to expand...

Looks good pete cab off next in preparation?

I wish, no subframe for four weeks yet.

Cab-over Pete said:
I wish, no subframe for four weeks yet.
Click to expand...

Just looking on google does the subframe let the cab tip for access to the engine?

No. Engine access looks a bit of a faff. But it won’t ever break down.


Job for today, get the front and rear linkages off. Front links took twenty minutes. Christ, I’m good at this. Rear linkage taken 5 hrs so far and still not done!

These pins are seized in tight. No grease points anywhere. 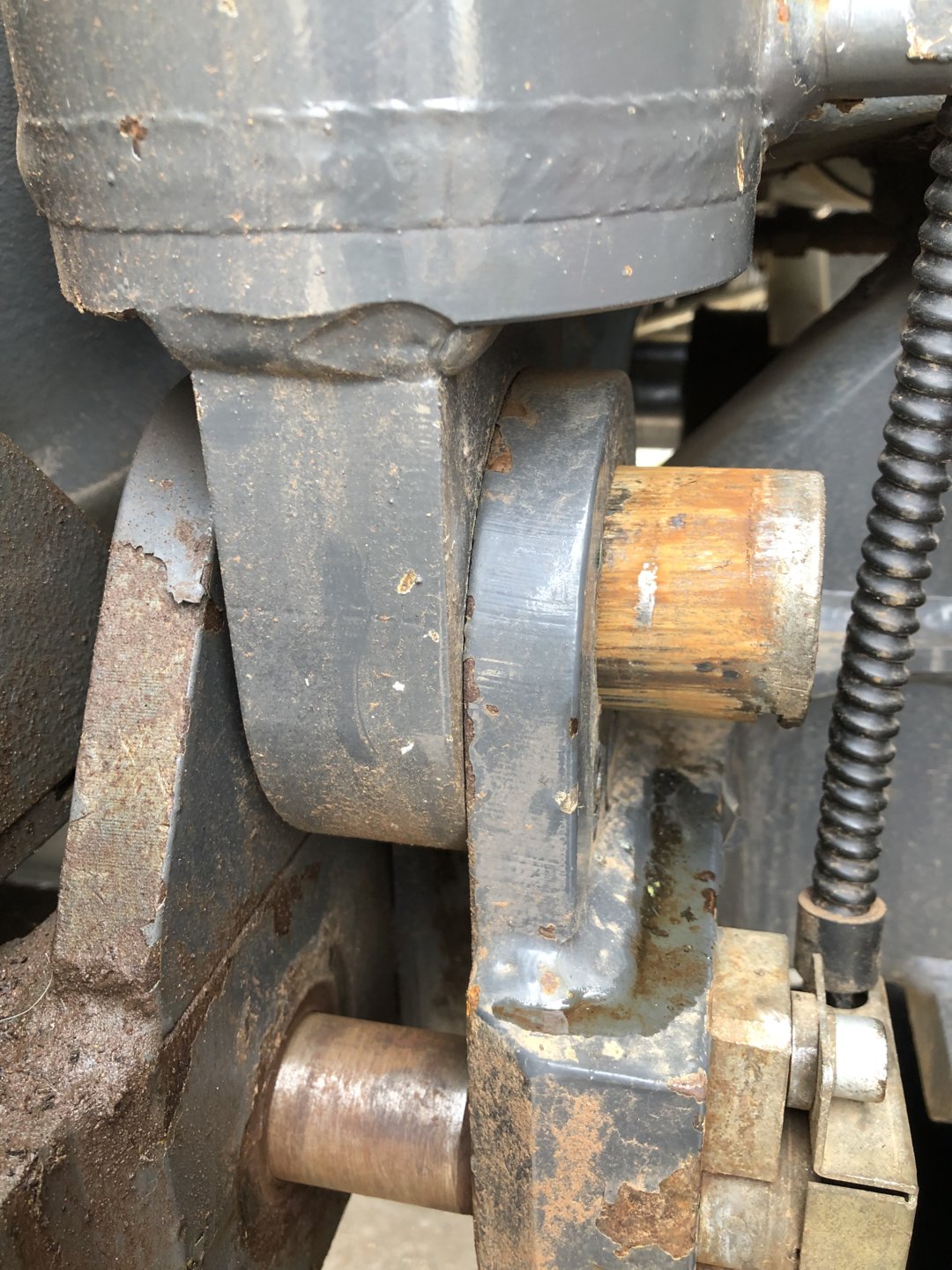 Had to make an extraction tool. Old knife coulter and a bit of tube. Luckily, the pins are the type with a threaded hole down the middle. They took some shifting but they did yield to my superior skills in the end. 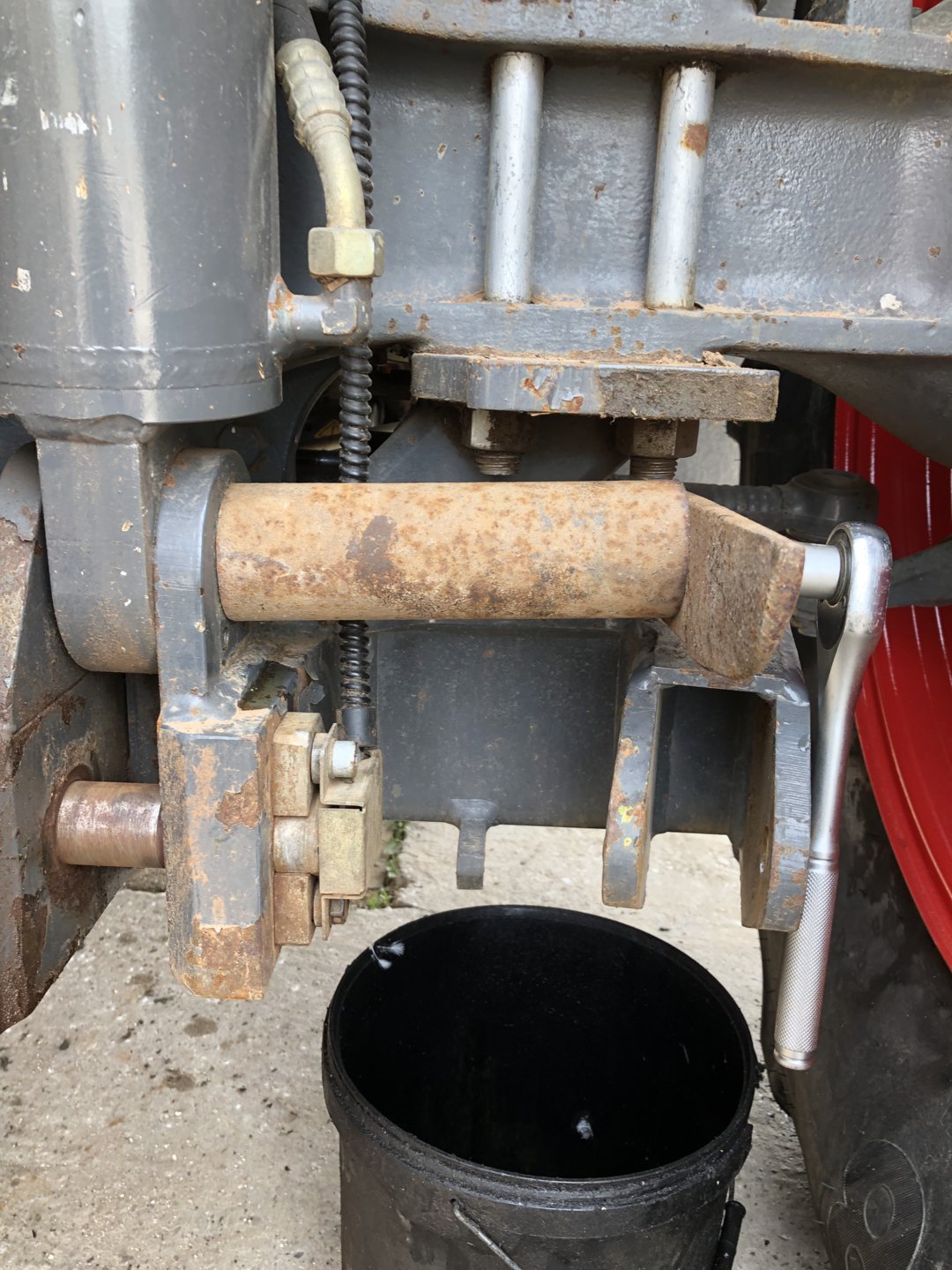 Linked the hydraulic pipes together to create a circuit.

Top pins won’t have it at all. Next job will be to take the whole top shaft off with rams attached. Bugger the pins.

Quids in already. Found this spanner lurking on the top of the rear axle. 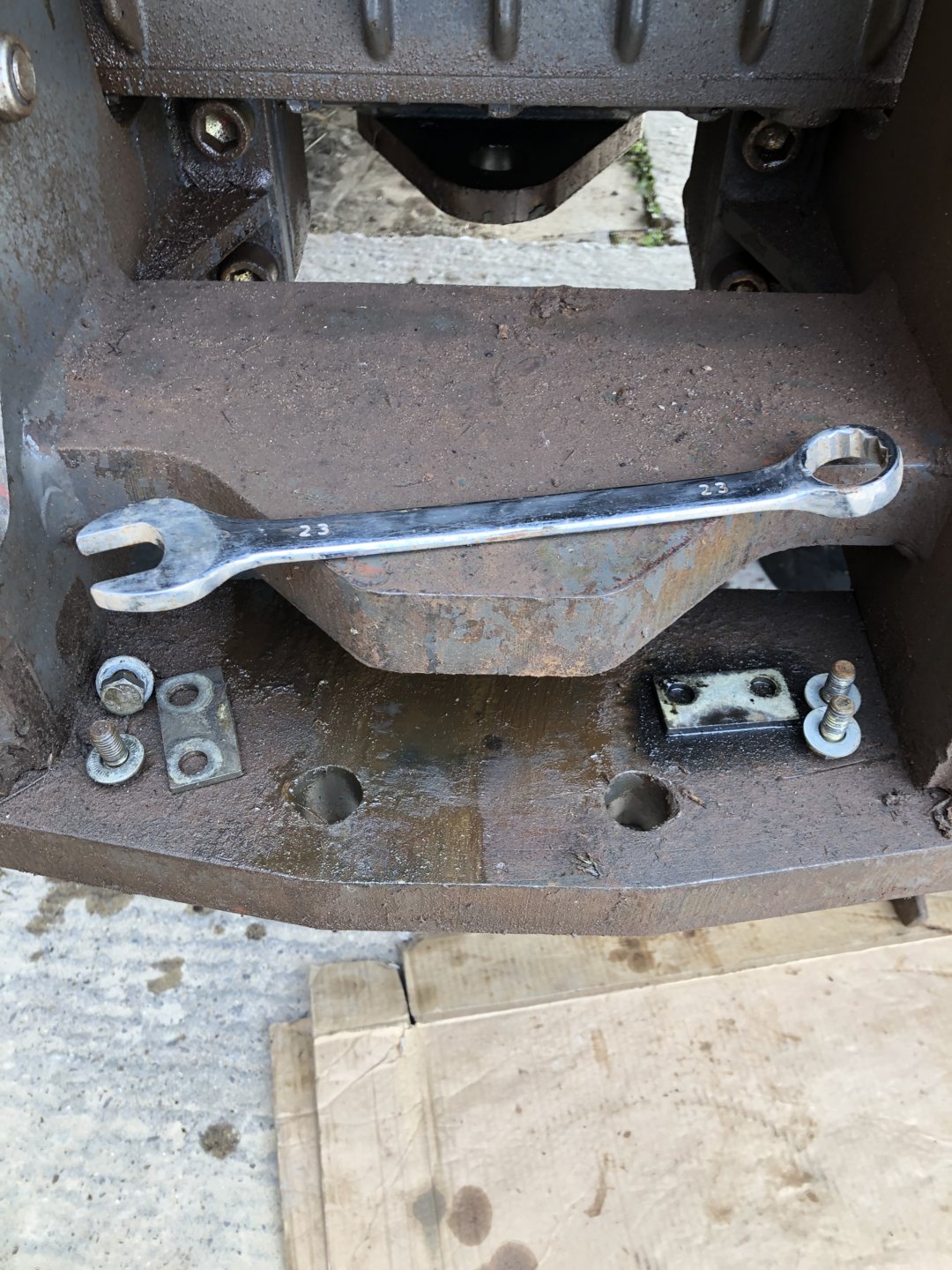 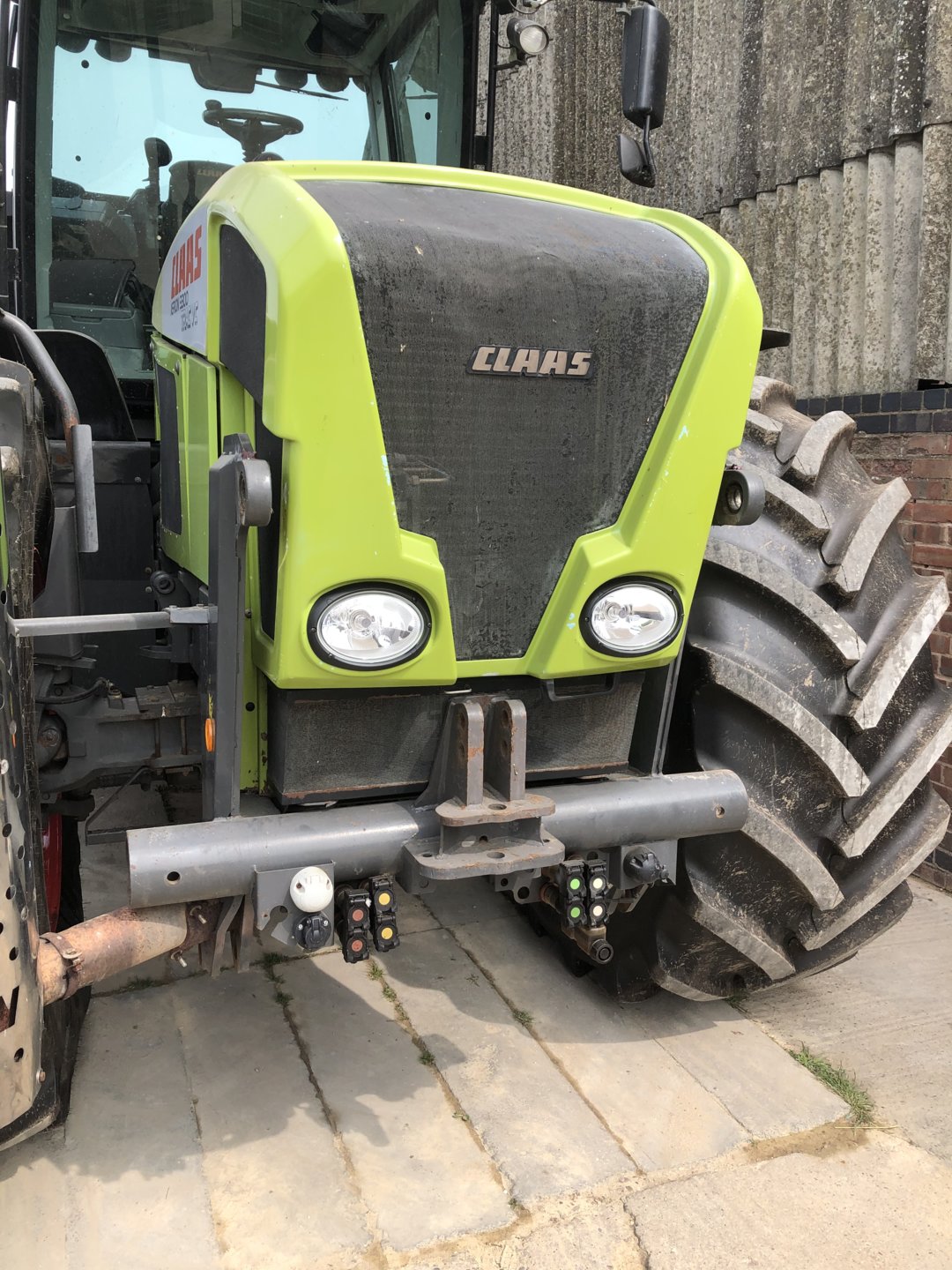 Losing the linkages to lose weight. I reckon over a quarter of a tonne easy.

Are you converting it to a saddletrac? Thought this didn't look too badly priced. Low hours.

Chae1 said:
Are you converting it to a saddletrac? Thought this didn't look too badly priced. Low hours.

That does come with the whole farm for that price doesn't it?

Always the way. You buy something then the perfect machine comes along.

Cab-over Pete said:
Quids in already. Found this spanner lurking on the top of the rear axle. View attachment 789184

Losing the linkages to lose weight. I reckon over a quarter of a tonne easy.
Click to expand...