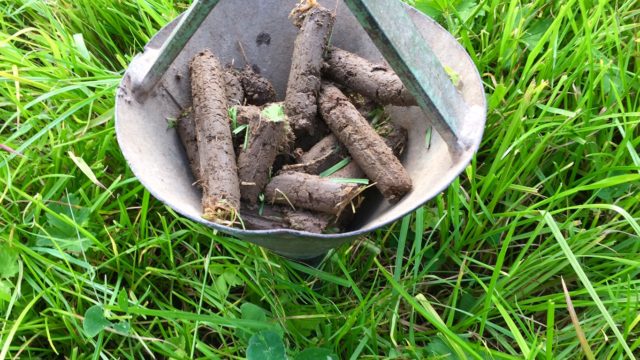 The Potash Development Association (PDA) is highlighting the growing prevalence of ‘skewed’ soil testing results which it said is a direct consequence of min-till or zero-till cultivation techniques.

Under such circumstances, the organisation is advising that soil sampling should take place down to 30cm – double the depth that would normally be regarded as appropriate within a tillage scenario.

The issue coming to light here is that of nutrient stratification along a soil profile when conventional ploughing is not practised.

In min-till soils, applied phosphate and potash will tend to accumulate in a shallow layer near the surface, leading to stratification of nutrient concentration in the top of the soil profile.

Nutrient concentrations in a sample to 15cm depth will not be equivalent to those in the traditional mixed layer, which is normally to the depth of ploughing.

The samples will not be comparable and will tend to overestimate the supply of phosphate and potash available to the crop.

In soils that are occasionally ploughed after several years of minimum cultivation, the soil layer that is mixed by minimum cultivation (and relatively rich in nutrients) will be buried by ploughing to a depth that is not accessed during normal soil sampling.

Samples taken after ploughing can underestimate the supply of phosphate and potash available to the crop in these systems.

In situations where the adoption of no-till methods is the norm, nutrient stratification has the potential to become even more pronounced than in min-till soils.

With no cultivation to mix nutrient rich soil down into the profile, the movement of applied phosphate and potash is reliant on soil water and biological activity.

The latter can occur through plant root death and earthworm transport, which may be more significant in no-tilled soils as the lack of cultivation tends to increase worm populations and preserve deep earthworm channels from one year to the next.

Although stratification can occur in many situations, it is greatest in no-till soils.

Nutrient stratification refers to the accumulation of nutrients in differing concentrations down the soil profile.

This can occur through applications of fertiliser and manure to the soil surface, or simply through crop growth.

Plant roots scavenge deep into the soil profile for nutrients which then accumulate in plant material and senesce as the plant matures.

This activity leavies residues on or close to the soil surface, releasing nutrients back to the soil as they decompose.

In ‘conventional’ tillage systems (systems that would have been prevalent when the index system and its related recommendations were first developed), nutrients applied to the surface would have been well mixed in the soil profile through cultivation, most likely ploughing.

This would result in a fairly homogenous soil layer 20-25cm deep.

As a result, a soil sample taken to 15cm depth would be representative of the full plough depth.

The situation is quite different in soils that are not cultivated to such depths (min-till) or where there is no cultivation carried out at all.