NBA rows in on animal trading obstacles between GB and NI

According to National Beef Association (NBA) chief executive Neil Shand, the Department of Agriculture, Environment and Rural Affairs (DAERA) is now insisting that all cattle and sheep imported from Great Britain into Northern Ireland must have their original ear tags removed.

They are to be replaced by the next sequential number in the new owner’s herd book listing, according to the CEO.

“This makes no sense from any perspective,” Shand told AgriLand.

At a very obvious level it weakens the EU’s claim that traceability from farm to fork is guaranteed. No matter how robust a retagging system is, it will always be predisposed to some form of potentially fraudulent activity.
Click to expand...

“We have now ended up with a situation which sees, let’s say, a mature cow with a herd tag number following on directly from that given to a new born calf,” he said.


Shand went on to point out that pedigree cattle societies in GB are not in a position to keep up with the changes implemented by DAERA.

“The consequences for individual pedigree breeders in Northern Ireland are obvious. We are also looking at a situation which could see Northern Ireland’s beef, dairy and sheep sectors denied the opportunity to access superior genetics from the rest of the UK,” Shand added.

The NBA representative said that he was aware of at least one pedigree breeder in Northern Ireland, who had been impacted by these new arrangements.


“As far as I am aware, DAERA had a number of options to select from when it came to the management of cattle imports into Northern Ireland post-Brexit,” Shand continued.

“The route they have decided to go down represents the worst of all worlds, in my opinion.”

Courtesy of the Brexit Trade deal agreed between London and Brussels, Northern Ireland remains within the EU’s Single Market while the Northern Ireland Protocol allows for the free movement of goods and services on the island of Ireland.

“The issue of allowing free trade in cattle and sheep between Northern Ireland and the rest of the UK must be looked at again, and its animal movements in both directions that are now affected in an equal manner,” Shand added.

“Currently, DAERA will not issue show licences to cattle breeders from Northern Ireland wishing to take part in events throughout the rest of the UK.

As a consequence, no pedigree breeders in Northern Ireland will consider bringing stock over to the likes of the Stirling Bull Sales that are taking place this week.
Click to expand...


“All of these issues are preventing livestock producers in GB getting access to the elite genetics that are available in Northern Ireland,” Shand continued.

“All these issues need to be resolved as a matter of urgency. And the onus is on DAERA to contact the European Commission directly, where these matters are concerned.”

“I am aware of this issue and I am on record saying that any friction or barriers to trade in Northern Ireland as a result of the protocol agreed by UK-EU, is completely unacceptable. This is an issue that I will be raising with the UK government.”

The post NBA rows in on animal trading obstacles between GB and NI appeared first on Agriland.co.uk. 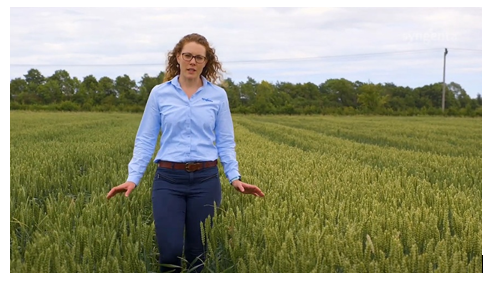