John Deere is ever keen to acquire expertise in automation, either by acquisition or cooperation, and its latest joint venture with GUSS of California is further evidence of this ambition.

GUSS (Global Unmanned Spray System) was launched as a separate entity in 2019. It is dedicated to manufacturing semi-autonomous vineyard and orchard sprayers.

GUSS - a fruit of the CFS vine​

The company is part of Crinklaw Farm Services, a contract spraying company started by Dave Crinklaw and his father in 1982.

In 2007, the pair started to look at the possibility of a self-guided sprayer; seven years later they felt that guidance systems had become good enough to start experimenting with prototype machines. 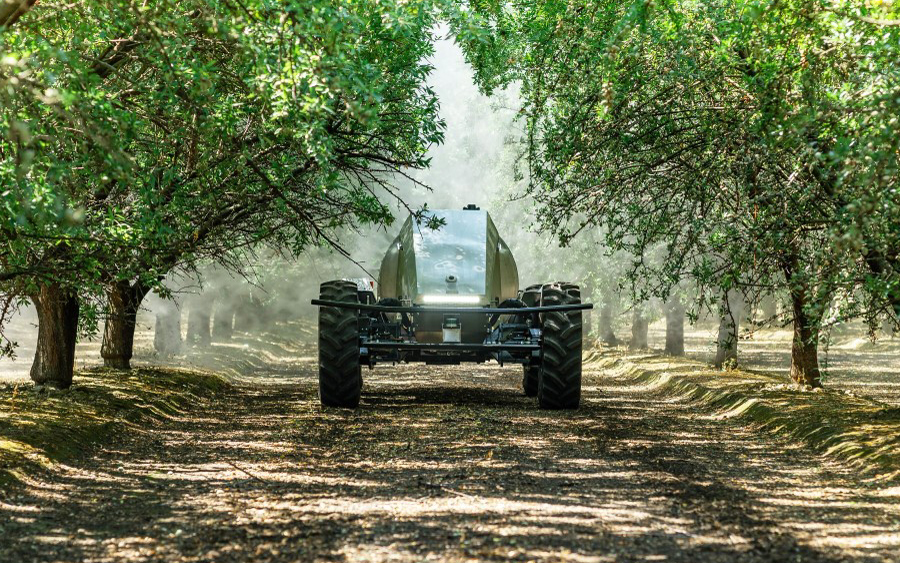 In 2019 the first machines were delivered to customers and GUSS was established as a new company to develop, sell and support the vehicles.

Today, they have two machines of different capacities to offer growers. Both work on a combination of GPS and sensors mounted on the body to guide and control them.

They are not fully autonomous vehicles, requiring a remote operator to monitor their progress and manage their activities. However, each operator can supervise up to 10 machines from a mobile control centre.

GUSS has taken a slightly different route towards automation in that it has expanded the capabilities of a single operator rather than do away with human input altogether, which is the approach being taken by many other robot companies. 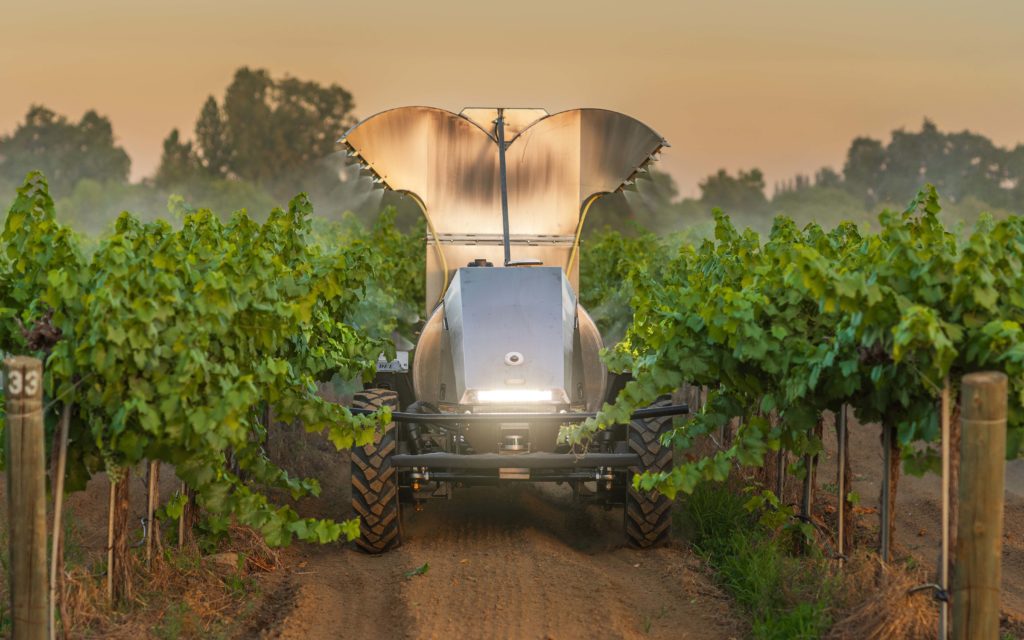 The sprayers, known as GUSS and Mini GUSS, are already at work throughout the west coast of the U.S and are made in the company's own production facility at Kingsberg, California.

The larger machine is powered by a 170hp Cummins engine while the smaller one is 75% of its size and is intended for situations where rows are narrower or the foliage is more dense.

Up until now there has been no official cooperation between Deere and GUSS, although the sprayers are distributed through John Deere dealers.

That rather loose connection is now being tightened up as Chris Davison of John Deere expained:

"Through a joint venture, Deere will help GUSS further collaborate with the Deere sales channel and GUSS will continue its innovation and product development to best serve customers."
Click to expand...

It is also worth noting that Davison is director of Small Tractor and HVC Production Systems, suggesting that John Deere is not intending to deploy this technology in its range of farm tractors, where they are pursuing full autonomy.