Chopping forage into shorter lengths is generally considered a good thing, certainly when it comes to promoting a quick fermentation and greater consolidation in the clamp.

Substantial reduction of material length has always been considered the preserve of precision chop harvesters with metering rollers and a heavy flywheel that cuts at a rate which is proportional to the power supplied.

Catching up with precision chop​

Pottinger now believes that it is getting closer to the performance of precision chop harvesters with its latest forage wagon, which can reduce the average length of the material down to a theoretical 25mm.

Although still not in self-propelled harvester territory, it does represent a 30% reduction from the 34mm length that had hitherto been possible with its forage wagons.

The company claims that the wagon can match the throughput of self-propelled harvesters, presumably on on a per horse power (hp) basis, although quite how the comparison is made has yet to be confirmed.

The company claims that this finer dicing only requires 15% extra power to operate its 65 knife bank, due to the Jumbo 8000's new drive concept. 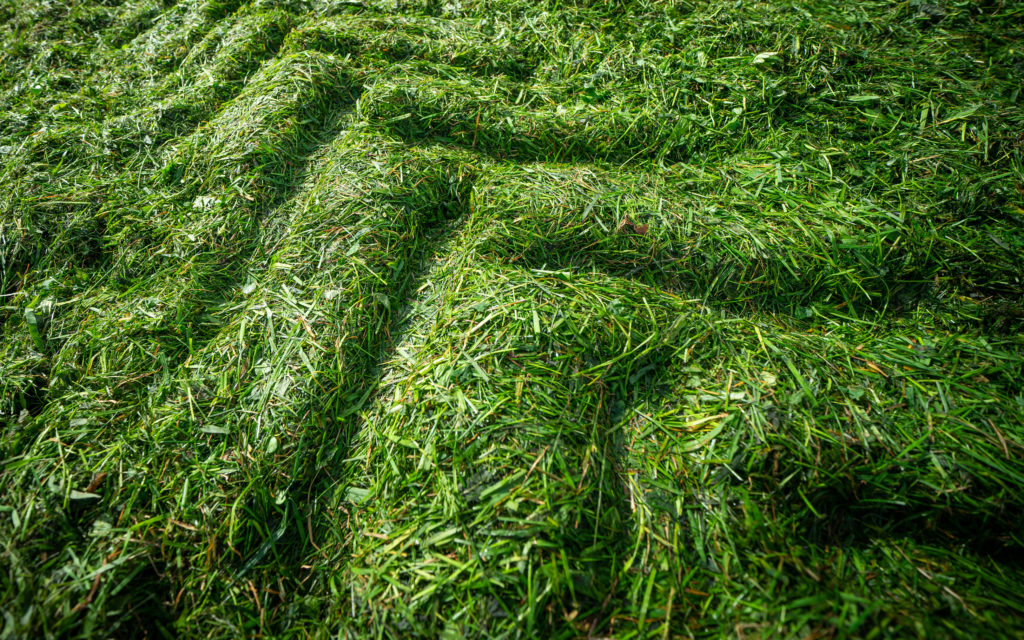 Despite the relatively small knife spacing of 25mm, it is still possible to use the Autocut automatic knife sharpening system.

Pottinger believes that the power requirement and the fuel consumption can be reduced by up to 20% as a result.

The knives are individually mounted and can simply move out of the way of foreign objects independently of each other, thus helping protect them from damage.

The automatic loading system has the option of an additional sensor on the rotor scraper carrier. This brings the total possible number of sensors which are used to optimise the loading process, up to four.

The latest arrangement detects the pre-compaction density of the forage directly above the rotor and activates the scraper floor to move it rearwards before any mechanical damage can occur.

The company claims that by doing so, the Jumbo 8000 will make optimum use of the space inside the loading chamber, regardless of the type of crop.

The company also points out that with the shorter chop length, a 10% higher loading density can be achieved compared to a loader wagon with a knife spacing of 34mm.

Material of a shorter length packs closer together requiring less machinery and operator time to distribute and compact the silage in the clamp. It also excludes more oxygen and hastens the releases of the sugars critical to fermentation.

The new wagon will be available from August, 2022.

FARM MACHINE 2022, previously known as Machine of the Year, has given Pottinger first place in the forage harvesting category for the company's Jumbo 7000 series. 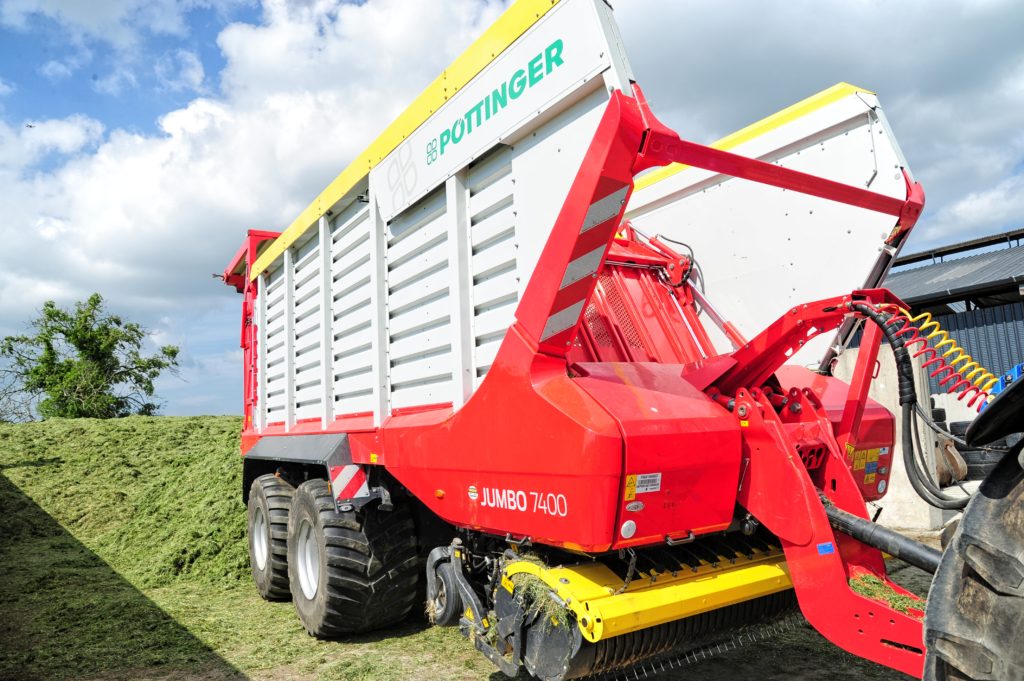 A Pottinger Jumbo 7400 at work in Wexford last summer

The jury, made up of 12 international machinery journalists, gave the award in recognition of "the uniqueness of the multi-purpose rotor loader wagon, with its new drive concept, optimal power transmission and other, innovative core components".

The Jumbo 7000 is engineered for tractors of up to 500hp and incorporates a new, movable, front panel and drive system.