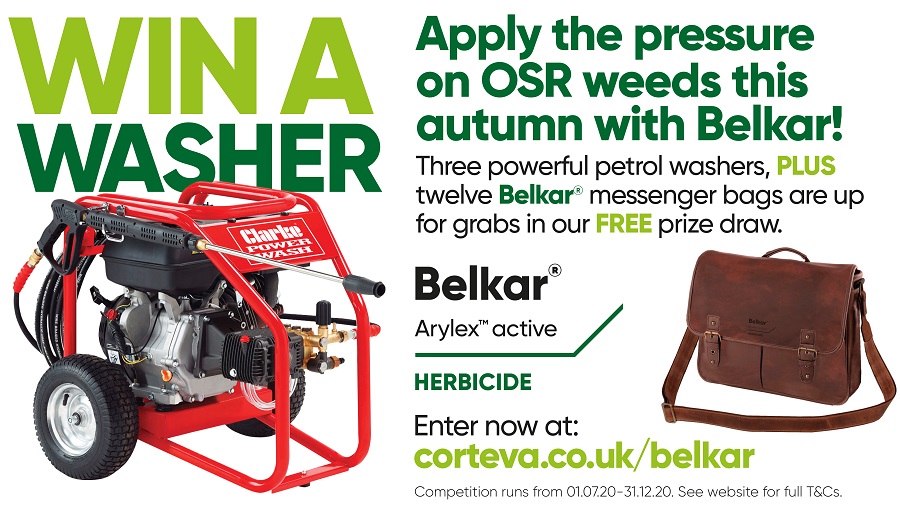 The introduction of Belkar®, a robust post-emergence herbicide for tackling key problem weeds in oilseed rape crops, could not have come at a more important time for UK farmers.

Launched last year, Belkar from Corteva Agriscience, is already becoming an intrinsic component of growing OSR - especially amongst farmers who are taking steps to reduce the risks of crop establishment. The challenges of growing oilseed rape have been well documented and evidenced over the past two growing seasons in particular.

While extreme weather conditions will pose a continued threat, the issue of pests such as cabbage stem flea beetle have risen to the top of growers’ agendas.

Belkar provides peace of mind, allowing farmers to see a crop establish before deciding on their approach to autumn herbicide applications. It delivers robust activity on weeds such as cleavers, poppy, shepherd’s purse, fumitory and cranesbill. Containing Arylex™ active and picloram, it has already become a vital tool for farmers and agronomists to turn to.
Click to expand...