A guide to magnesium nutrition – are your crops getting enough?

A guide to magnesium nutrition – are your crops getting enough?

An introduction to magnesium and its role in crops

Magnesium is a crucial component in the production process of yield in any crop. It forms the centre of the chlorophyll complex. In this article the complex conditions that affect magnesium and its availability to your crops are covered, and solutions discussed to correct possible deficiencies.

Or
then you need to be particularly aware of the magnesium status of the soil.

Magnesium is central to the formation of the chlorophyll complex - this means magnesium determines how much of this critical photosynthetic material is produced by your crops. You can’t buy or apply it, (chlorophyll that is) your plants have to make it for themselves. Not enough chlorophyll will have a direct impact on your crop yield potential. 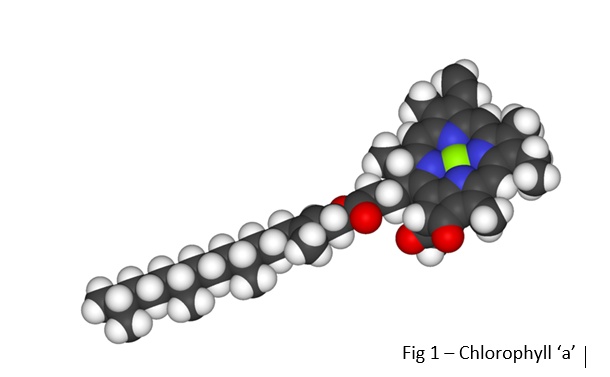 ​
As you can see in figure 1 above the makeup of a chlorophyll molecule has one magnesium atom (coloured green) in its centre. Holding it in place are four nitrogen atoms (coloured blue). This is the elegant ring that allows light to shift electrons that fuel the reaction that creates the building blocks that plants use for growth. This is obviously important for efficient nitrogen use as well!

There are two types of chlorophyll type ‘a’ and type ‘b’ - importantly both having a magnesium atom at their centre and controlling four nitrogen atoms around it.

Magnesium is also important for oil production in oilseeds, the movement of phosphate inside crops and many other important enzyme functions as well.

Intervenal chlorosis is how magnesium deficiency is classically described though figure 2 shows it better than I can describe it to you. Notice the loss of colour in the stripes running up and down the length of the 3 leaves in the centre of this picture. 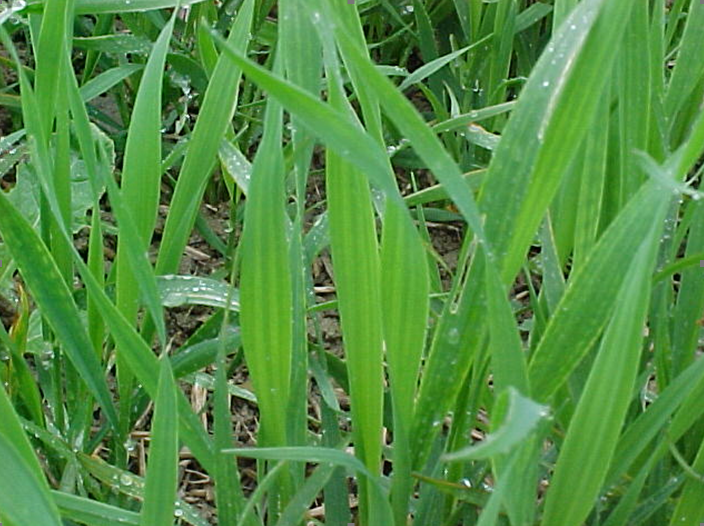 Crops short of magnesium will tend to have

High calcium levels and over liming

This situation of high calcium or chalky soils – causes poor availability of magnesium even though the index level for this element in these types of soils might appear to be ideal i.e index 2.

In these situations, to take into account the law of the maximum as well as the law of the minimum. Most fertiliser programmes and advice in the UK is based on the ‘law of the minimum’. This means you test the soil to see what nutrients you don’t have enough of to work out what you would need to apply – which typically is the basis of the fertiliser application system outlined in RB209.

Working at the same time is the ‘law of the maximum’. You test the soil as before but this time to look at what you have too much of in the soil and understand what effect that can have on the availability of some nutrients. The law of the maximum means too much of one element can dominate or tie up another – making it less available than conventional fertiliser practice would suggest.

Over liming fields is probably the only situation in the UK where the ‘law of the maximum’ is generally accepted in practice Over-liming is known to cause many nutrient lockups due to excessive amounts of calcium being applied.

If you have high calcium or chalk contents in your soil you would be advised to look out for magnesium deficiency. A word of caution – by the time symptoms are visible you have already lost potential yield.

Magnesium requires high amounts of water to be moved into the plant. High calcium soils tend to be of a free draining type which means water in the critical top few inches of the soil can be short during the peak magnesium uptake period of May and early June – slowing down the soil biology and therefore nutrient uptake. You might argue that crops grown on chalky soils have very good access to water during the May & June growing period and should be able to take up all there required magnesium.

This water is taken from depth and not from where the critical biological transfer of nutrients takes place – which is in the top few inches of the soil. Meaning there may not be enough water, in this important part of the soil, for optimum magnesium uptake.

High pH soils (7.5+) have a shortage of exchangeable hydrogen (hydrogen helps with the transfer of soil based nutrients into the plant) generally these soils combine this characteristic with high levels of calcium which dominates the magnesium, reducing uptake as outlined above.

Potassium has an antagonistic relationship with magnesium. Too much potash in the soil can tie up or restrict the uptake of magnesium very much like we discussed in the high calcium or pH situation - where the law of the maximum comes into effect. Those of you who have had or do currently keep livestock are probably well aware about how careful you need to be not to apply too much potash to early spring grazing fields as too much potash can induce grass staggers or magnesium deficiency in the stock via the restriction of magnesium from the soil into the grass induced by the high levels of potash.

There are really only two choices to correct magnesium deficiency in crops grown on low magnesium soils:

1. Apply a bulk fertiliser to the soil i.e dolomitic lime or kieserite

2. Apply a foliar mineral feed to the growing crop

Balancing the soil to have the correct levels of each mineral element is very difficult and potentially very expensive. Using dolomitic lime to increase magnesium levels should not be done just looking at the magnesium in this product in isolation. By its nature this form of lime contains high levels of calcium, which could in combination with the calcium already present in the soil restrict the crop availability of the magnesium (and other elements) and make the situation worse.

Kieserite is seen as a better option on some farms - though is expensive compared to foliar applications. Foliar applications tend to be a better option to ensure the crop has adequate magnesium. The crop can utilise magnesium applied to the leaf; much less magnesium is needed because of it being applied direct to the crop; magnesium tends to mix well with most other pesticides allowing it to be applied with every pass through the crop if necessary.

In summary magnesium is crucial for chlorophyll production in plants. Without it crops can’t fully utilise the suns energy and will therefore produce lower yields. Magnesium is one of the six ‘macro’ elements the crops needs in larger quantities. To ignore your soil tests or leaf tissue tests is to sell your crops potential short. And remember if you see visual symptoms such as those shown in the photo above the crop has lost yield potential. Understanding your soil is necessary to avoid the visible symptoms and yield loss.
Click to expand...