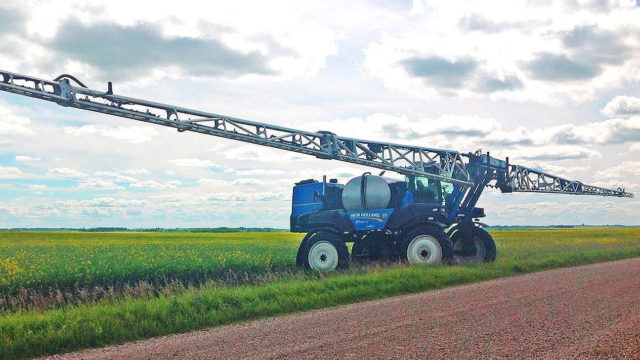 There are mixed messages coming from the machinery industry over the future role of sprayers as manufacturers wonder which horse to back – conventional pesticide application or novel robotic destruction.

Both Lemken and Fendt have stepped back from sprayer production as they see the ever more oppressive efforts by the EU to reduce chemical use, with the former switching its efforts to mechanical methods.

The boom that saves weight​

Investing in sprayer companies might then be considered an unwise move, but it is one that CNH has just taken with the purchase of Specialty Enterprises LLC of Wisconsin.

The company was established as a general fabrication workshop in 1987 and it now claims to be the largest aluminium spray boom manufacturer in North America.

Its main product line is the Millennium boom which is produced in widths of between 20m and 40m and is aimed mainly at the self propelled sprayer market.

It is of aluminium construction and is claimed to be as strong and rugged as steel booms but with a significant weight saving.

The company is already an OEM supplier to Case tractors, but it also equips the AGCO Rogator series and Hagie STS models which are available with front mounted booms.

Although not owned by Deere, Hagie is deeply involved with the tractor maker and its dealership network in much the same way as Kramer has become a de-facto product line for JD dealers in Europe.

CNH notes that the acquisition will provide New Holland customers with access to a product offering enhanced with the inclusion of longer booms. It will enable the brand to accelerate the development and deployment of new technologies and customisation in this area.

Specialty Enterprises has been a supplier to CNH for over a decade and this purchase would appear to confirm the corporation’s faith in the future of the sprayer.

This belief may well be bolstered by the increasing interest in liquid fertiliser along with the advent of precise digital-based systems that identify and treat weeds on an individual basis.