With the pesticide armoury available to UK arable growers shrinking fast due to regulation or resistance, this session explores other cost-effective solutions to tackle weeds, pests and disease.

• Dr Roma Gwynn of BioRationale explores the potential of biopesticides, such as insect-killing bacteria, in tackling pests and diseases on UK arable farms.
• Dr Rachel Wells, John Innes Centre provides an insight into how breeding for genetic resistance to cabbage stem flea beetle could provide the answer that growers are looking for.
• Dr Samantha Cook, behavioural ecologist at Rothamsted Research, considers how natural enemies like parasitic wasps, as well as trap crops and colour diversity, could help combat pest like flea and pollen beetle.
• John Cussans, NIAB tackles blackgrass control options as resistance forces arable farmers to rethink everything from the rotation to cultivations and herbicide timings.
• Katie Bliss, Agricology, joins the Q&A panel session

This Seminar is now live.

It looks like they are having major technical issues

It's working for me here. 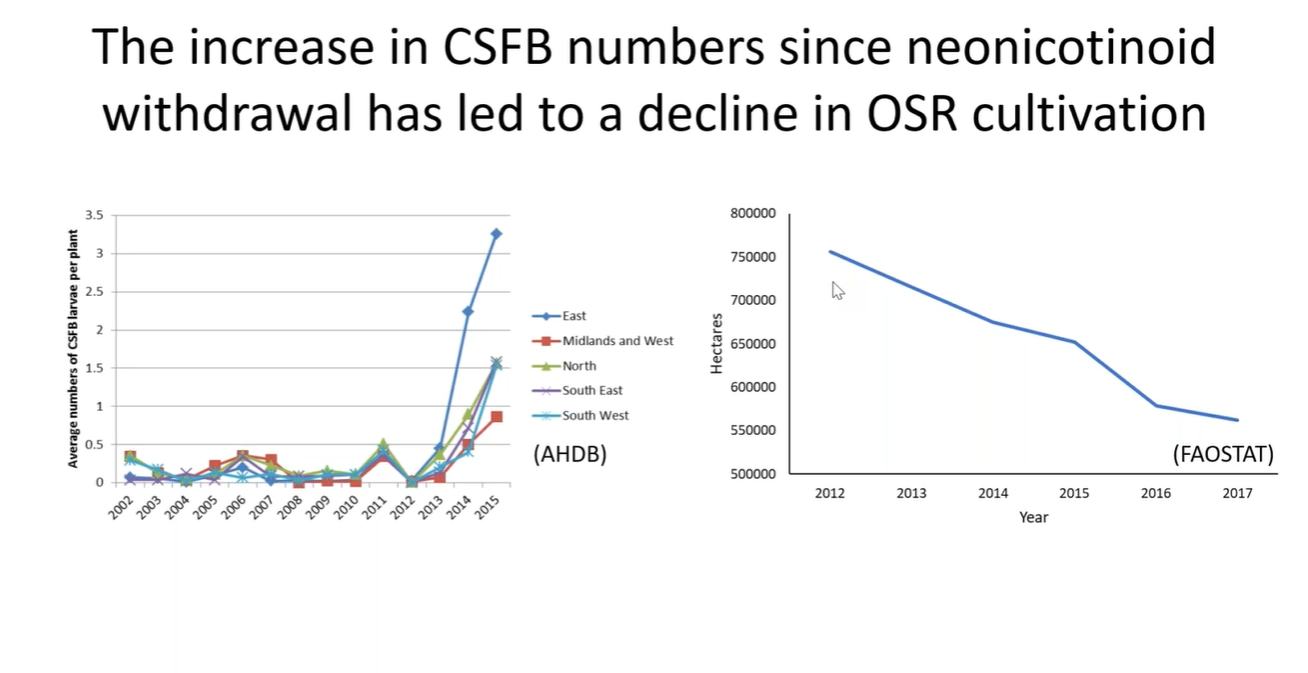 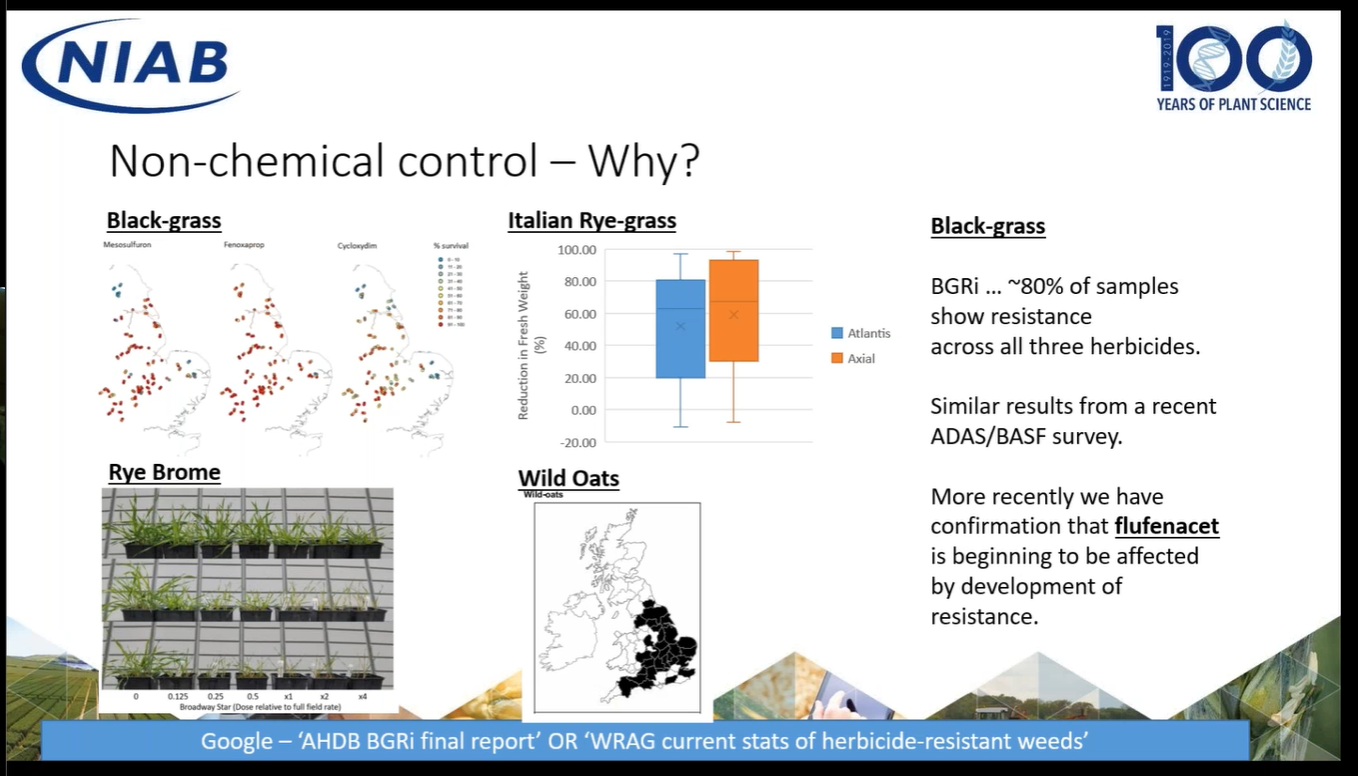 Alopecurus myosuroides (black-grass) is the major herbicide-resistant weed problem and, by 2013, occurred on virtually all of the estimated 20,000 farms in 35 counties where herbicides are applied regularly for its control. Resistance to mesosulfuron + iodosulfuron, first used in the UK in autumn 2003, has now been detected on >700 farms in 27 counties in England. Resistance is conferred by both ALS target site (Pro-197 & Trp-574 mutations) and non-target site mechanisms. Resistant Lolium multiflorum (Italian rye-grass) occurs on >475 farms in 33 counties and resistant Avena spp. (wild-oats) on >250 farms in 28 counties of England. The first cases of ALS target site resistance (Pro-197) in UK populations of L. multiflorum were detected in 2012. ALS-resistant Stellaria media (common chickweed) was found on >50 farms in 13 counties in England, Scotland and Northern Ireland and ALS-resistant Papaver rhoeas (common poppy) on >40 farms in nine counties of England. ALS-resistant Tripleurospermum inodorum (scentless mayweed) was found on five farms in three counties (Yorkshire, Norfolk and Angus). These included the first recorded case in Scotland where the ALS mutation responsible (Pro-197-Gln) was determined, making this the first UK population of Tripleurospermum inodorum to have ALS target site resistance confirmed.
Click to expand...

Results of the poll: 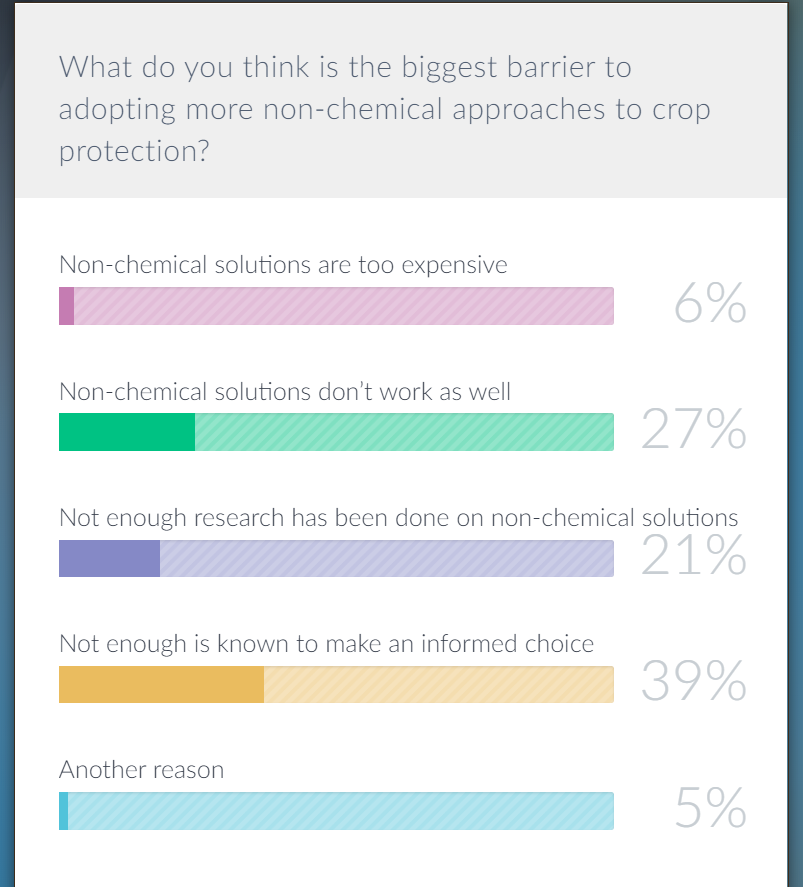 CATCH UP - If you missed the Webinar today, a recording of the event can be watched here: 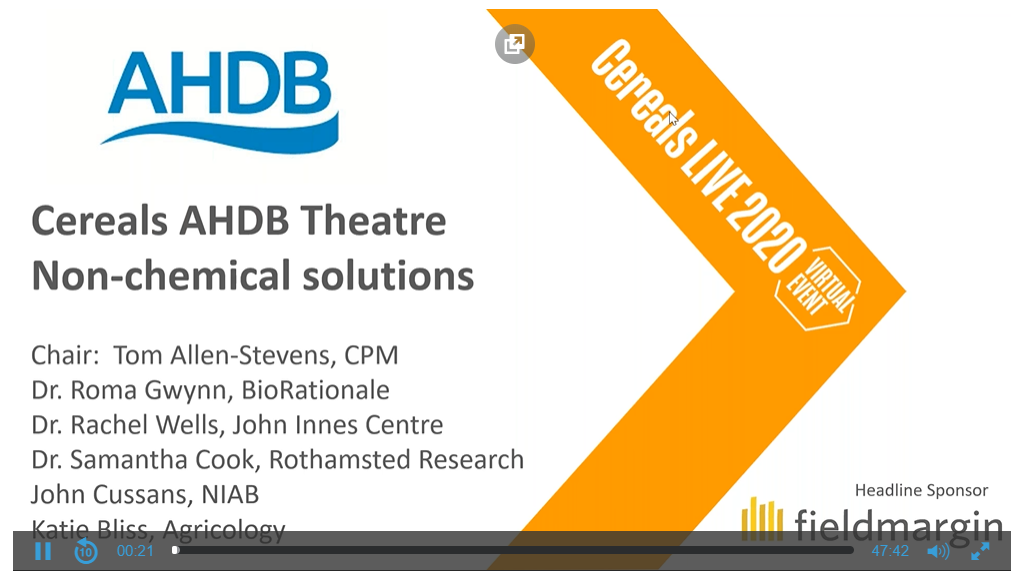 You need to fill the boxes to start viewing.