Silage production in Ireland has always centred on grass, but should other plant species, such as clover, be more regularly incorporated into swards, then we may need to assess how the crop is handled in the field.

When clover makes a up significant part of the sward then two more factors need to be given far greater consideration by manufacturers of grassland equipment than hitherto, these are are crop hygiene and leaf loss.

The emergence of mergers​

With the advent of larger tractors able to drive wider mowers followed by ever more powerful forage harvesters, swathes have naturally gotten bigger.

Yet this comes at the risk of greater contamination and leaf shatter as the cut crop has to be dragged across greater distances by increasingly wider rakes, according to the makers of crop mergers, or belt rakes, as they are also referred to. 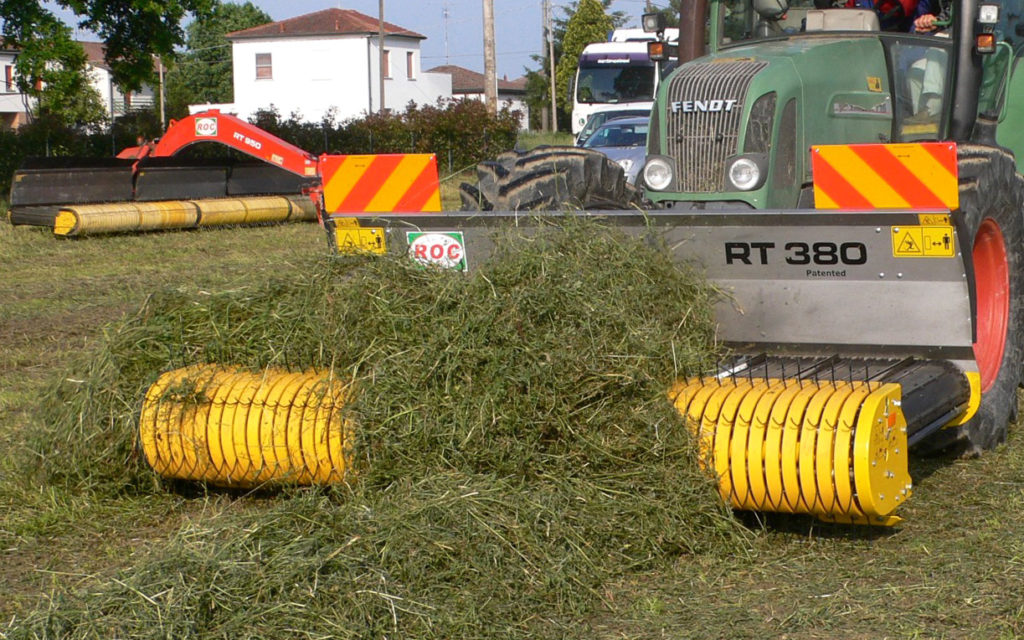 Whatever the name, and 'belt rake' is probably the more definitive term, this type of machine does not rely on the sweeping action of tines to move the crop.

Instead, the material is picked up off the ground and placed on a belt which then moves it to either the left or the right, or even the centre on twin belt machines.

Essentially they are groupers fed from a pick-up reel rather than mower blades and conditioner, and just like mowers, they may be trailed or mounted. 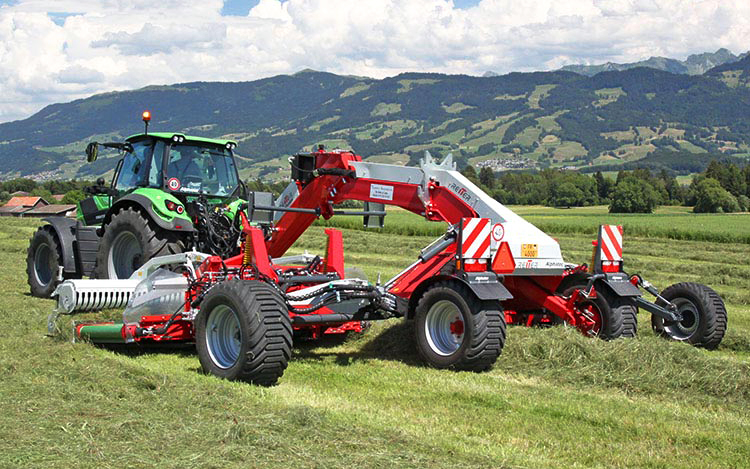 Such implements owe their origins to the need to move leafy crops such as alfalfa (lucerne) into a swath. Alfalfa is another leafy legume that is nowhere near as robust as grass and so needs careful handling.

Belt rakes have therefore been mainly sold where this is an important forage crop, the U.S and southern Europe especially.

Yet now that farmers in Ireland are being encouraged to grow more clover and other species within a sward the importance of leaf shatter as a leading loss of nutrients will increase.

The view that mergers are not really relevant to more temperate climates may be changing as two companies that are very much grassland orientated have suddenly developed an interest in the concept. 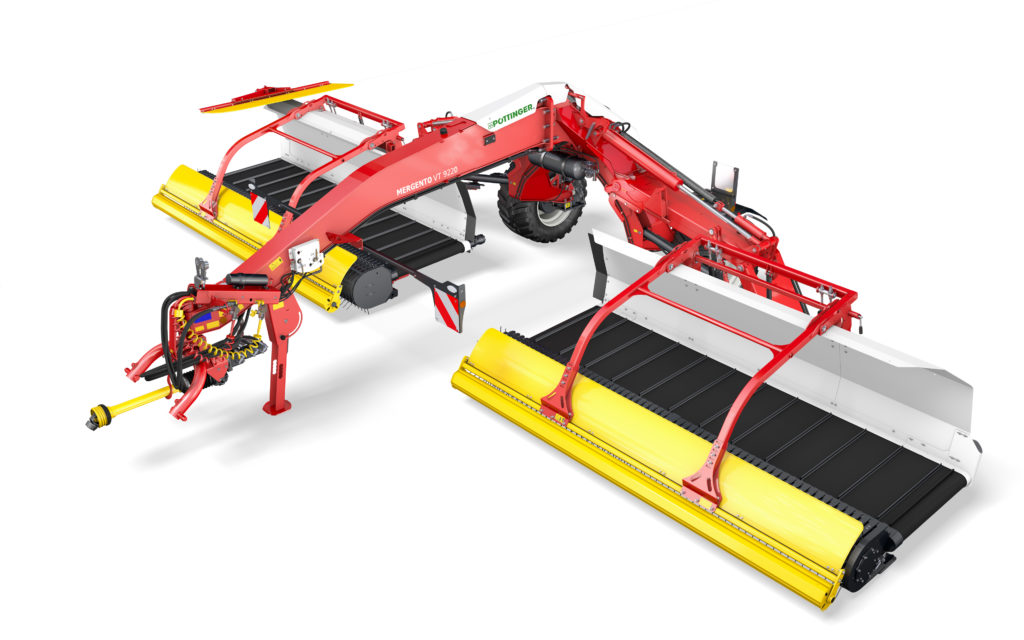 The manufacturers concerned are Kverneland and Pottinger and both are now offering this type of machine in addition to their conventional rakes.

The first to start doing so was Kverneland which purchased an 80% stake in ROC of Italy last October.

ROC was formed in 1996 to produce equipment "for forage dehydration plants, biomass and biogas plants as well as big farms specialising in hay, silage and straw production," according to the company itself. 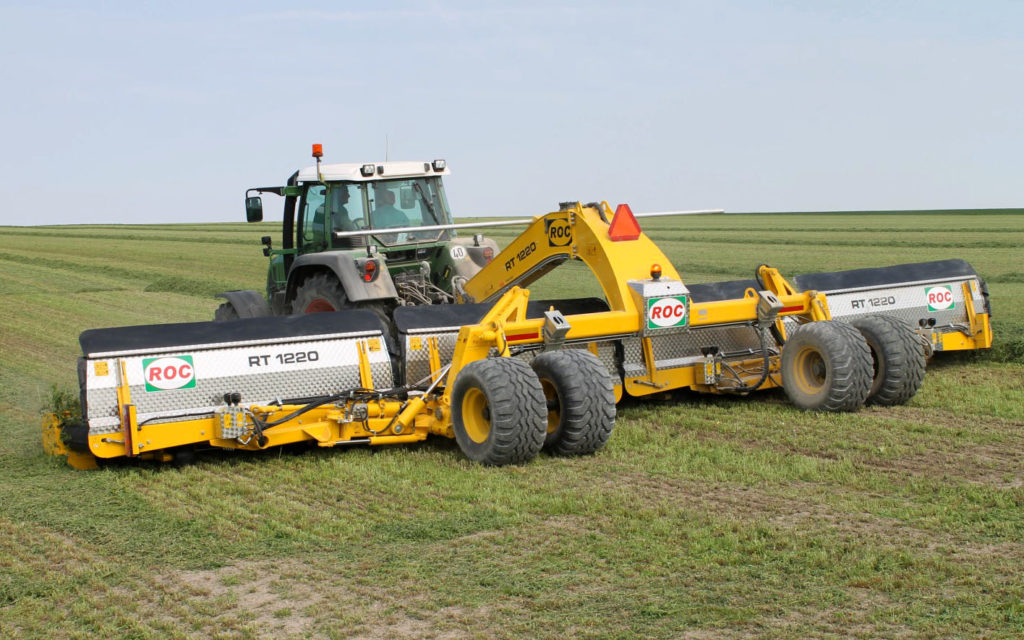 Today it offers a multitude of mounted and trailed units up to a 12-metre model. Kuhn, which already services the U.S market, lists a 12.8m machine on its site, so working widths are not far short of rotary rakes.

However, these are somewhat smaller than Kverneland's present largest conventional rake, the 15m wide 97 150C.

The great advantage that belt rakes offer is that they pick up the crop and transport across the width of the machine rather than drag it across the ground.

A large four-rotor conventional rake moves the crop up to 7m across the surface with the outer part passing through two rotors. 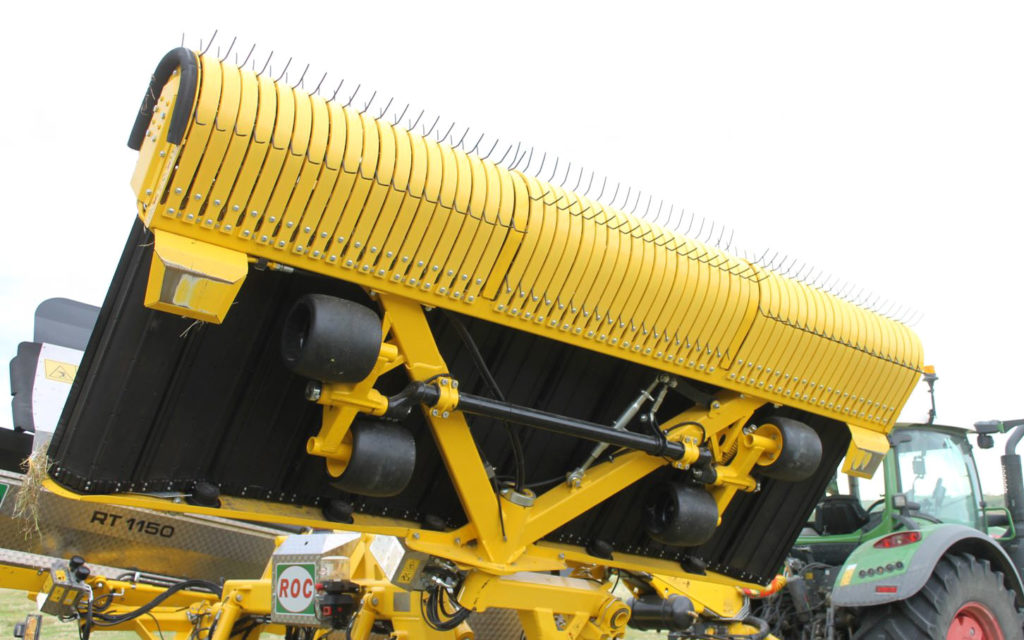 The larger the rotors, the greater the tine speed and so the more likely it is that the crop will be damaged during movement. The lower tine speed of a pick-up real is said to greatly reduce this problem.

ROC also notes that because the crop is handled far more gently it may be handled more often without suffering dramatic leaf loss.

Thus, in thin or short crops, a swath may be moved a second time to combine it with another, and so reduces the passes required by the harvester without the leaf shatter associated with a normal rake.

Keep it clean for clover​

The potential for damage to the crop and contamination by stones, soil and faeces is much greater with a standard tined rake, and this is the second big selling point for belt mergers.

Pottinger, the latest company to introduce a belt rake to its range, has long been keen on promoting the importance of a clean sward to ensure proper fermentation. 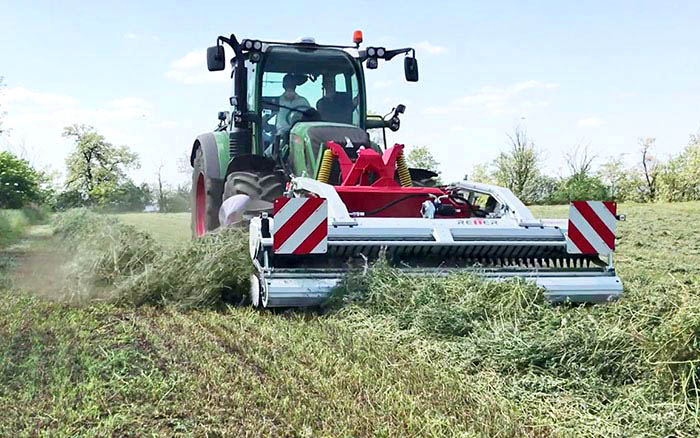 A clean lift with a real reduces contamination

Dirt and soil can introduce clostridia and other detrimental bacteria to the the silage which slows down fermentation and leads to a loss of nutrients in the pit or bale.

Contamination is also associated with fodder that may cause digestive and fertility problems. It can also reduce animal performance and cause stomach upsets in horses.

Only the crop collected​

Pottinger statse that its new Mergento model "collects the forage using the pick-up. Meanwhile, dirt and stones remain on the ground. Without further contact with the ground, cross conveyor belts transport the forage to the swath". 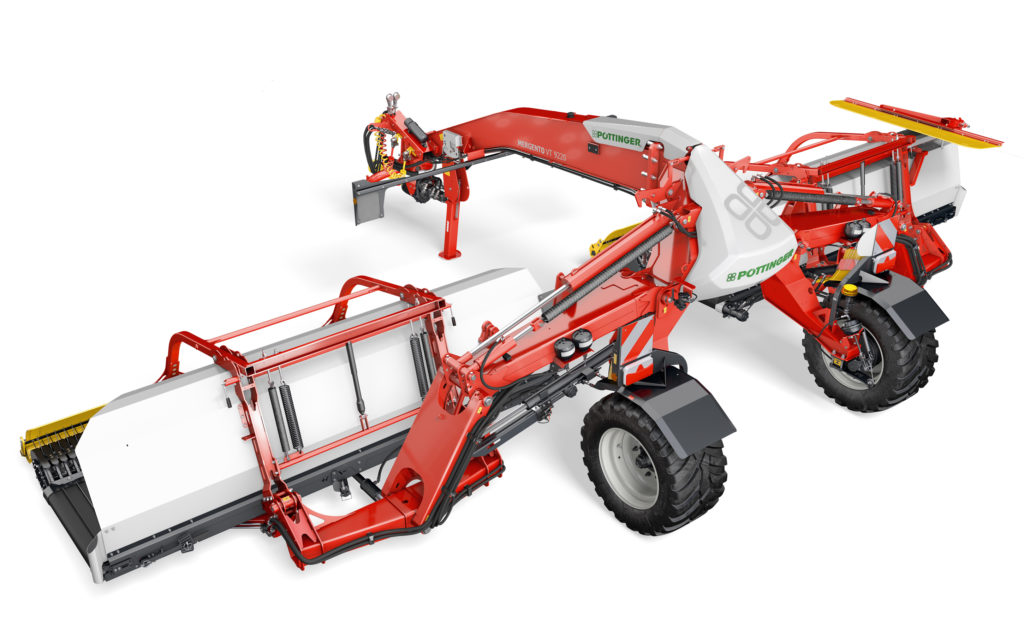 Pottinger also points to the improved ground tracking capabilities of its belt merger with the support wheels running alongside the pick-up tines and a centre pivot mounting allowing the reel to accommodate undulations in the ground.

Moving on from monocrop grass​

To what extent belt rakes or mergers will take a hold in Ireland, if at all, will probably depend more on the size of the shift to clover rich swards than any other factor.

Clover rich swards are more prone to butyric fermentation as the nitrogen compounds within them act as buffering agents and so reduce the rate of healthy fermentation. Keeping them free of dirt becomes more important as clover content increases.

It is also claimed that belt rakes are better able to cope with wet and boggy ground and are not as power hungry as rotary type rakes. 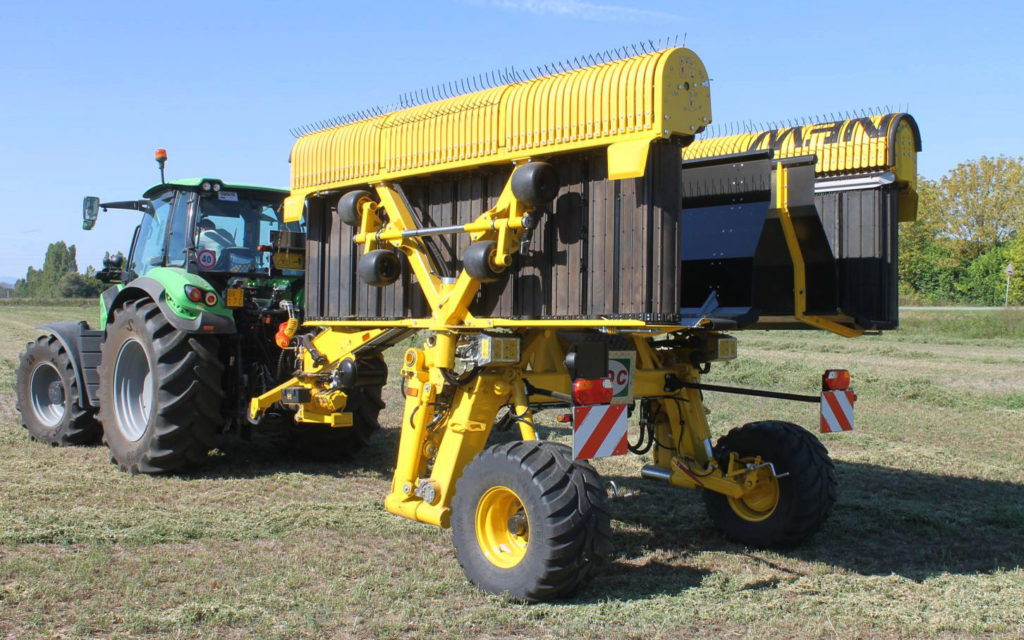 The concept may be well established in warmer climates where leafier crops are depended upon for forage, but until they have been tested in Irish conditions and results shown to be superior to that of the current method, take-up will be slow.