Machinery Focus: Field Queen – the mother of all forage harvesters

The mad rush of the silage season will soon be upon us and with it will come the buzz of self propelled harvesters shooting up and down the fields.

We are all familiar with today's big names, New Holland, John Deere, Krone etc, but there is one make we won't be seeing in the fields, even though the company was a pioneer in the design and production of these machines, and shouldn't be forgotten.

That company is Field Queen of Kansas, from a town called, appropriately enough, Maize, situated in the middle of the Great Plains.

The story starts back in 1946 when two college friends got together to chat about their post-war plans and decide to enter the alfalfa processing industry. 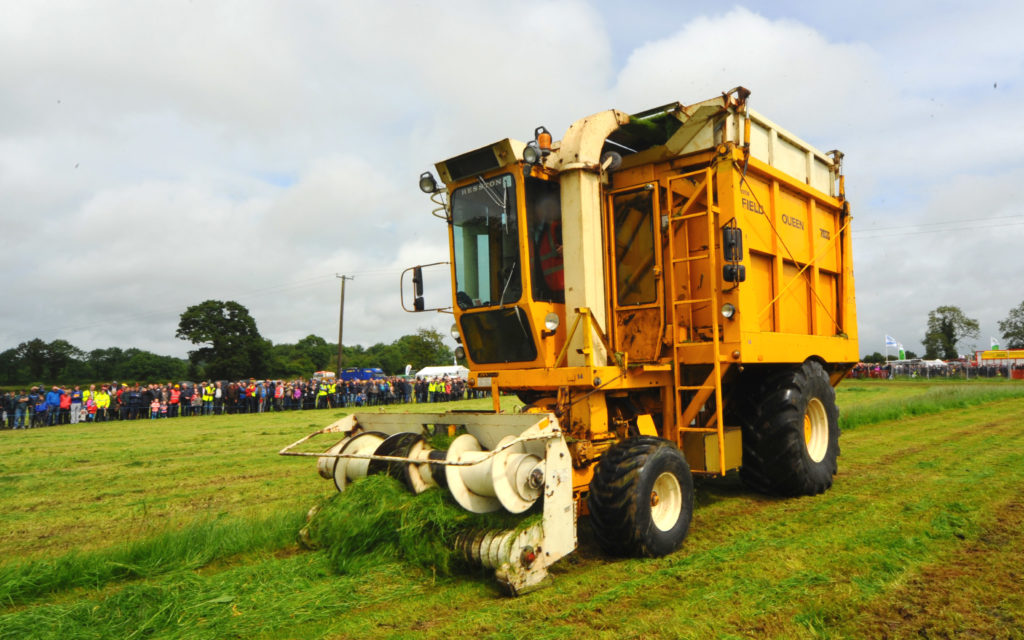 Field Queen harvesters had their origins in the U.S alfalfa industry

This was a good business at the time with dried alfalfa being pelleted, bagged and sold as a high protein feed throughout the U.S.

At the time, the crop was cut with a tractor-towed harvester made by Fox River Tractor Company of Wisconsin, but Joe Wetta and Ray Bert felt that something better was required and so they enlisted the help of Vern Van Horn, a local welder and engineer.

The resulting harvester was still towed by a tractor, but the machine had an auxiliary engine powering a Gehl chopper, which blew the crop directly into a following hopper type trailer.

It was Ray Bert's mother who suggested it be called the Field Queen, and so that's what it became.

That was in 1948, and during that summer and following winter, Van Horn put together a self propelled version, powered by a six-cylinder Waukesha engine mounted above the rear axle.

Both axles were from Ford Trucks and the tyres were from redundant bombers that had been rebanded and repurposed.

The machines were an immediate success and within a few short years the company had established itself as not only a leader in the alfalfa drying business, but also as a manufacturer of harvesting equipment which could handle a variety of crops.

The earlier models were designed mainly for alfafa but as the 1960s wore on, other forage crops grew in importance and a new machine, known as the Field Queen Standard, was created to cater for the broadening range of plant type.

At the time this was being developed, the company agreed to work with the Hesston Corporation which was also keen to break into the forage crop market, and so it became a joint effort. 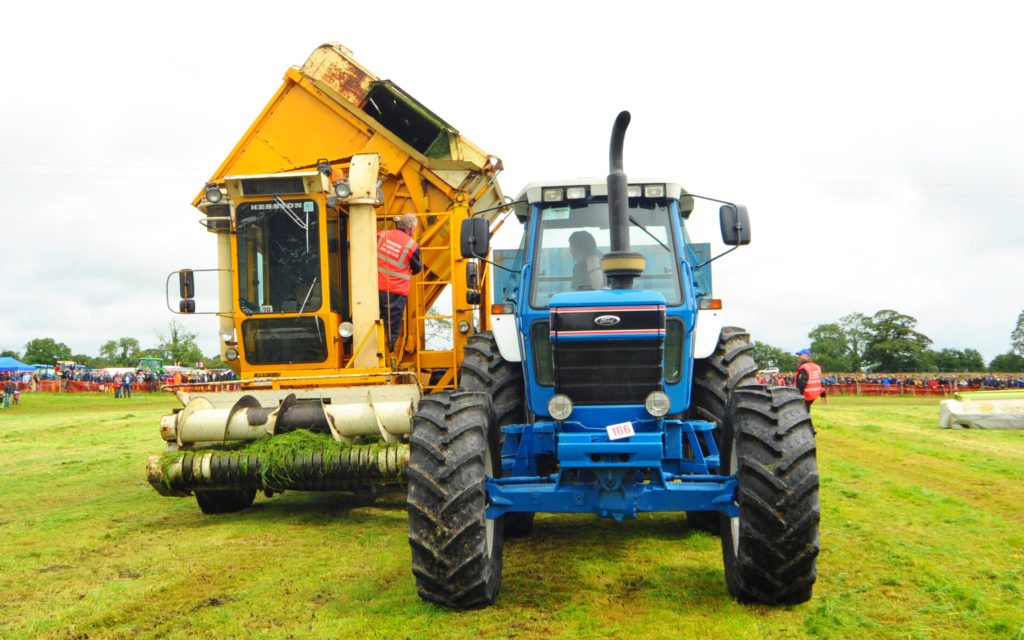 However, the companies remained separate entities and Field Queen made it quite clear that it would continue selling the harvester in its colours.

The Hesston version of the machine was known as the 4000; it had some detail differences, notably the cheaper cutting blades and one or two other items made to a budget to keep the cost down.

A Caterpillar engine of 200hp was used to power the machine at the outset. Later, a 257hp Detroit Diesel two stroke was offered as an option.

Field Queen and the side dump​

At about this time their largest customer, National Alfalfa of Colorado, asked them to take a further step and build a self-unloading side dump unit.

It took Field Queen just six months to get a prototype machine with a 660ft³ container ready for the field. It was based on an enlarged Standard model with the frame enlarged and the engine moved back. 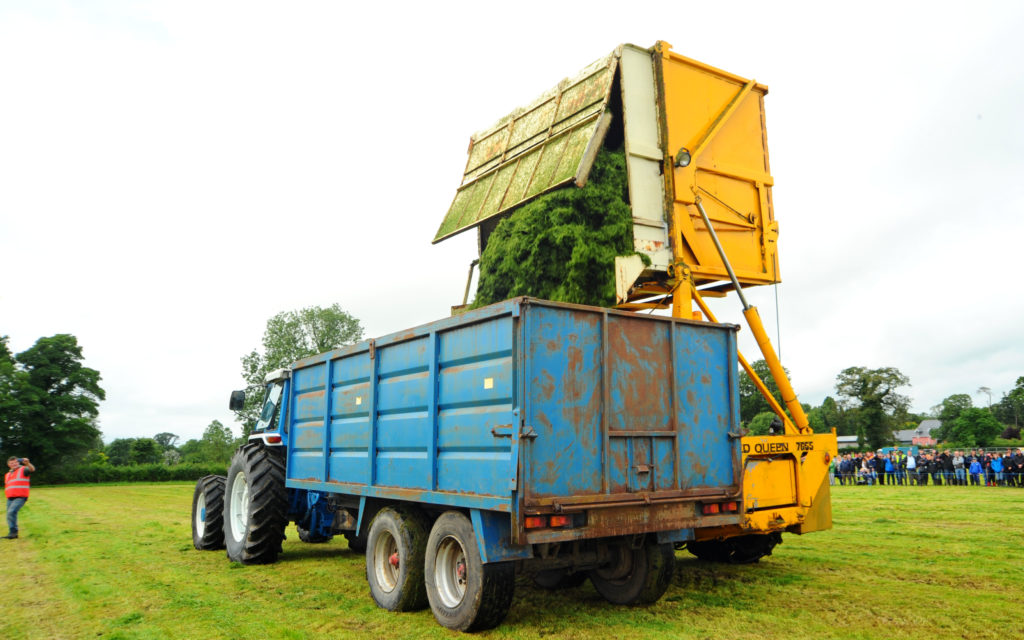 Tipping a load was best restricted to level ground

It worked through a combination of hydraulic rams and cables that pulled the floor of the hopper up to a 45° angle as it was raised, allowing all the crop to be tipped. The dump height was set at 10ft, which was considered ample at the time.

The trick was to keep the body of the hopper within the dimensions of the vehicle's frame to help with the stability. It appeared to work, on the flat dry plains of the U.S at least.

It was launched in 1971 at Great Bend in Kanas with an initial asking price of $28,000, or $22,400 for faithful Field Queen customers, the lower price probably reflected the anticipation of ongoing parts sales.

Over 400 were built and, being sturdy machines, many are still running. Martin O'Sullivan from Co. Cork added one to his collection a few years ago and it can often be seen at classic silage events in the area. 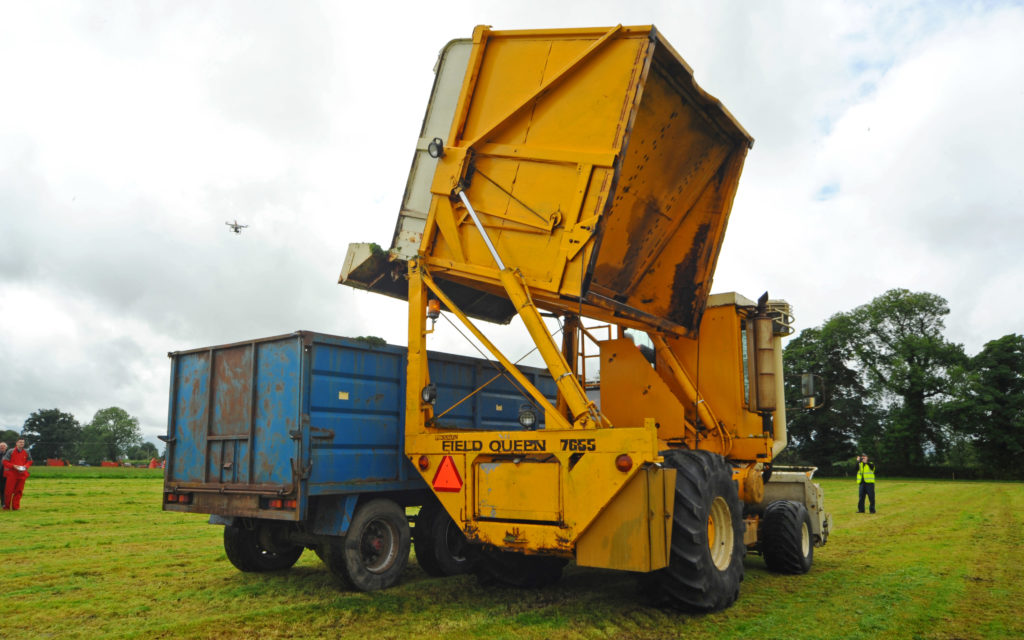 The Field Queen Side Dump stayed in production, relatively unchanged, until 1982, although by then, events had overtaken the company and it was no longer Field Queen producing them.

It was due to the development costs and requirements for extra capital to run the Field Queen business in the early 1970s, that the founders of Field Queen decided to seek a buyer for the machinery side of the original Bert and Wetta Sales company.

Several suiters were considered and it was in late 1972 that the Hesston Corporation purchased the company.

At the time there were 150 employees at Maize with an annual turnover of $4.5 million. The price paid for the company and all its assets was around $4 million.

During the years 1971 to 1976, the company claimed to be the biggest supplier of self-propelled forage harvesters in the world.

All went well throughout the mid 1970s, yet the clouds of a farming recession were gathering, hitting Hesston hard. In 1976, production at the Maize factory was halved and the workforce reduced to 120, down from total at its peak of 280.

The following year it was all over. Hesston, which was badly exposed financially to the agricultural downturn, decided to close the Maize factory and was purchased by Fiat the same year. 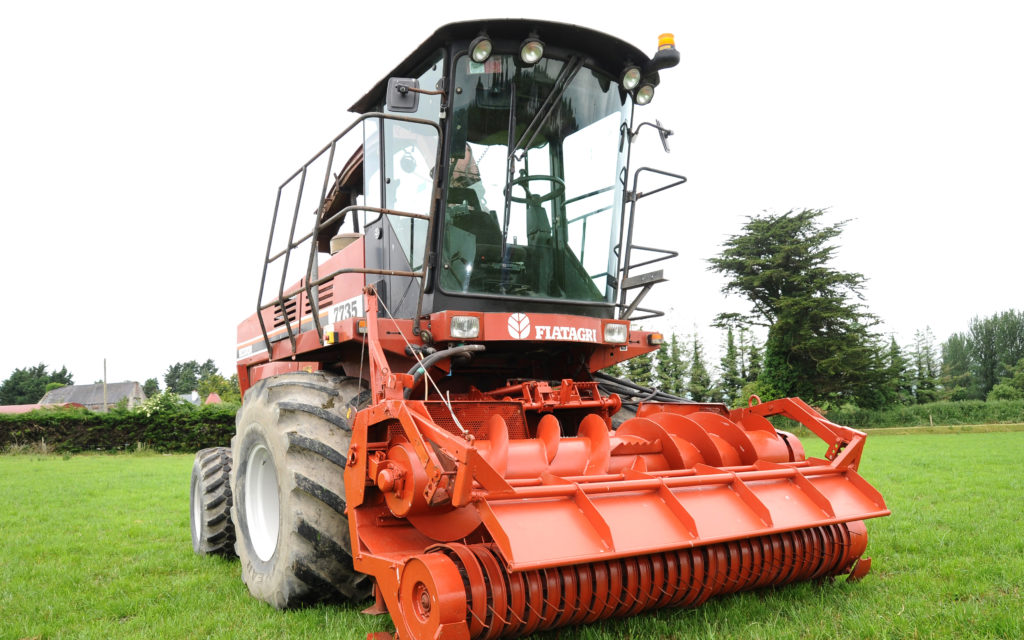 Fiat had little idea as to what to do with an aging design of forage harvester and spent little or no money developing it.

Production was switched to the old Baud combine factory at Coex in France where a later model, the 7730, was built.

This machine was available with or without a tipping container and although it didn't sell particularly well, it laid the foundations for the much more successful 7725 and 7735 models, which did, and they became very popular with contractors in Ireland.

The post Machinery Focus: Field Queen – the mother of all forage harvesters appeared first on Agriland.co.uk.